A causality analysis between carbon dioxide emissions, GDP, energy use and population growth

Access to energy is one of the many ways of achieving higher levels of economic productivity in every technological and advancing country. Energy demand and economic development is increasing due to the requirement to meet basic human needs and productivity. However, the quest to meet global energy demand has led to the use environmental unfriendly energy sources that impact climate change due to the emission of greenhouse gases. As a result of this, the Sustainable Development Goal 13 focuses on actions that help mitigate climate change and its impacts. The causal relationship between carbon dioxide emissions, GDP and energy use have been sporadic and limited especially in developing countries like Ghana. Ghana’s contribution towards climate change mitigation is eminent. 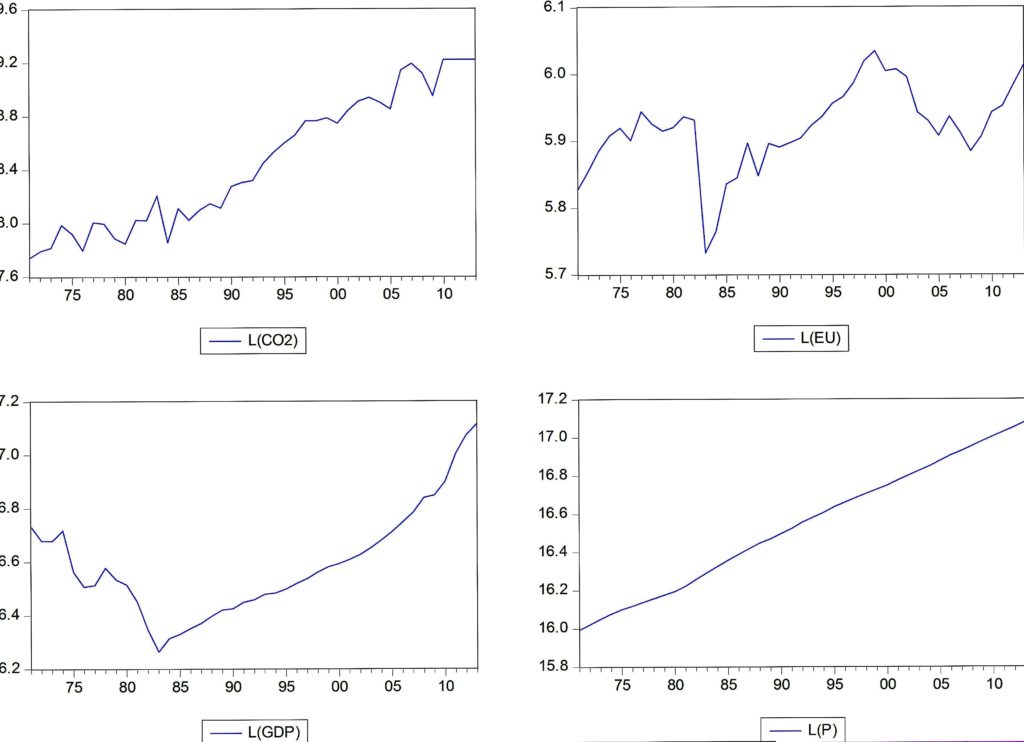 Ghana acceded to the Kyoto Protocol by The United Nations framework convention on climate change (UNFCC) in November 2002 and has been listed in non-annex 1 countries that can only contribute in the clean development mechanism as her contribution to reducing emission levels of her greenhouse gases. A limitation in scientific research in these areas makes it difficult for local and private investors to make a decisive decision in their investment in Ghana. Attempts have been made to make known the developmental issues in Ghana in the scientific arena but is still limited in the scope of climate change mitigation. Against this backdrop, our study investigated the relationship between carbon dioxide emissions, GDP, energy use and population growth in Ghana by using two econometric approaches and a time-series data from 1971-2013. 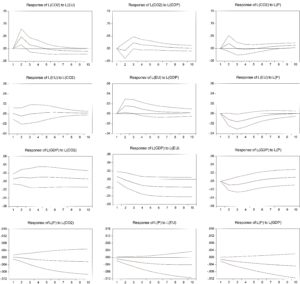 Fig. 2. This figure shows the impulse response function that traces the effect of a shock from one variable to another. L(CO2) – Carbon dioxide emissions (kt), L(GDP) – Gross Domestic Product (current LCU), L(EU) – Energy use (kg of oil equivalent per capita) and L(P) – Population growth.

In this way, addition of renewable energy and clean energy technologies into Ghana’s energy mix can help mitigate climate change and its impact in the future. In addition, future energy-use in Ghana depends on GDP therefore, efforts by Government towards boosting the economic growth in Ghana is worthwhile. Evidence from the study shows that future growth in GDP will likely depend on the access to energy in Ghana. Therefore a progressive effort towards increasing the accessibility and supply of energy to meet the growing energy demand in Ghana will boost productivity leading to economic growth.

One Response to A causality analysis between carbon dioxide emissions, GDP, energy use and population growth