Effects of hypoxia/reoxygenation in the antioxidant system of crabs

Variations in the concentration of dissolved oxygen in water naturally induce hypoxia/reoxygenation cycles in various regions of aquatic environments of freshwater (rivers and lakes) and marine (coastal areas). However, in recent decades, human activities that discharge domestic and industrial effluents are causing an increase in such phenomenon, due to eutrophication. Hypoxia/reoxygenation cycles cause various deleterious effects on aquatic organisms. 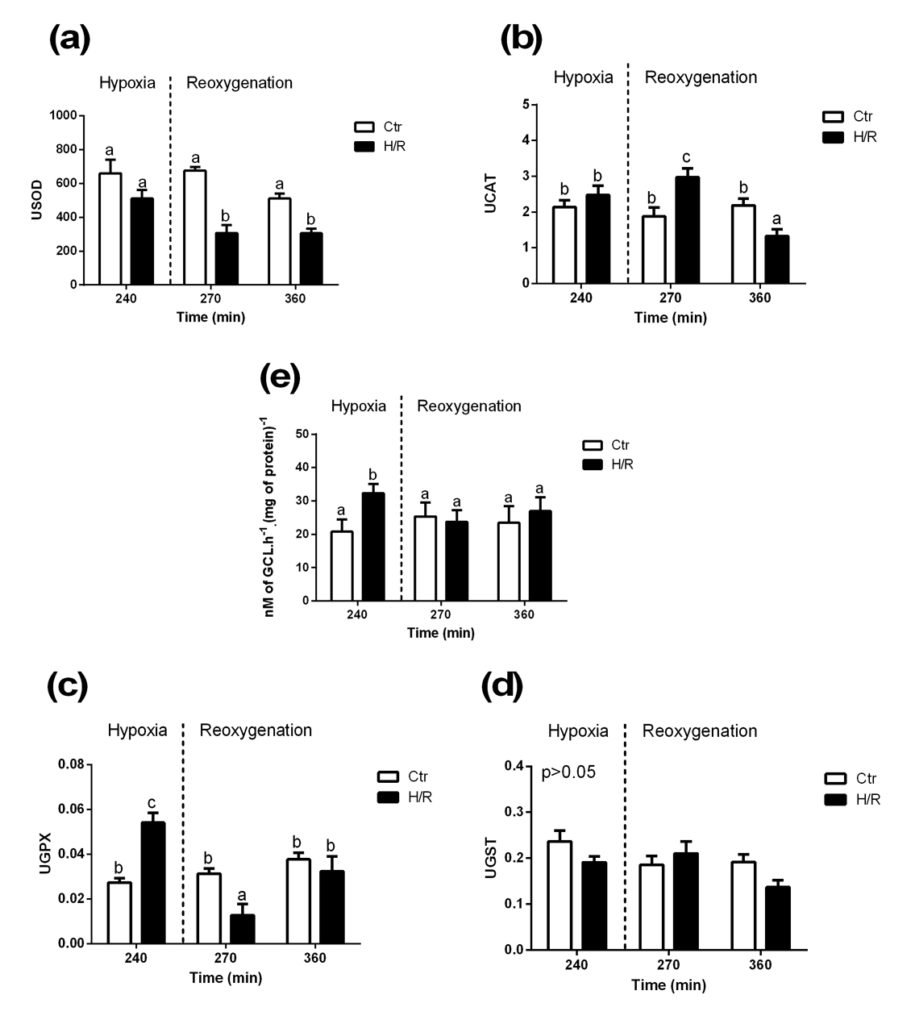 The main one is increased generation of reactive oxygen (ROS) and nitrogen (RNS) species, also known as free radicals, especially in the return of environmental oxygen (reoxygenation). Such molecules present in tissues and organs in high concentrations can cause cell damage such as fluidity of biological membranes (lipid peroxidation), protein oxidation, DNA base mutation and damages in the mitochondrial electron transport chain, responsible for energy production in the cell. In order to avoid such situation and prevent oxidative stress, the animals developed along their evolutionary process a set of enzymes and low molecular weight molecules that work synchronously, named antioxidant defense system (ADS). This system reacts with ROS and RNS lowering its reactivity or repairing the damages caused. 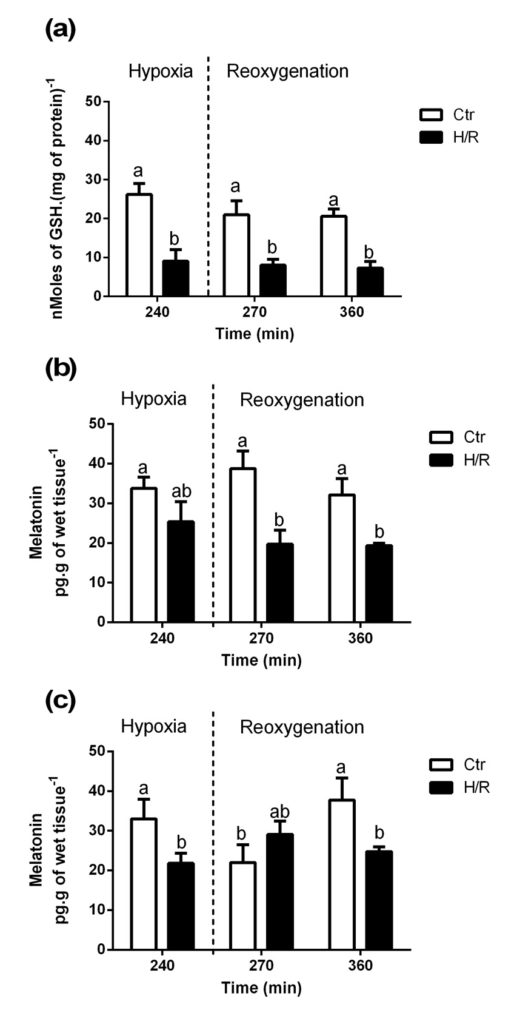 Among these constituents there are the enzymes; superoxide dismutase (SOD), catalase, glutathione peroxidase (GPX-Se), glutathione-S transferase (GST) and glutamate cysteine ligase (GCL), the key enzyme of glutathione synthesis (GSH), the main non-enzymatic constituents of ADS together with α-tocopherol(Vit E), ascorbate (Vit C) and recently melatonin, known traditionally as the sleep hormone in mammals. As mentioned, many coastal regions are subject to hypoxia/reoxygenation cycles. The species that live there, probably have prepared ADS to confront with cyclic variations of this phenomenon. Knowing the operation of ADS and its settings during situations of hypoxia/reoxygenation will allow us to understand the strategies that allow facing such situations and helping us to understand the damage that species which inhabit such areas will suffer being impacted by human actions. Among the coastal species, the intertidal crab Neohelice granulata, with wide distribution on the Atlantic coast of South America, is a proven species facing situations of hypoxia reoxygenation cycles. So, the question of this work is how the ADS of this species are adjusted during the cycles of hypoxia/reoxygenation? When we analyzed the effects of hypoxia, we used a concentration of oxygen below the respiratory ability of this species (0.5mgO2.L-1) for 240 min in the locomotor muscle, a tissue with large energy expenditure, and we observed an increase in GPX and GCL activity, respectively (Fig.1c and e) and a decrease in GSH levels (Fig.2a). At the beginning of reoxygenation (30 min) we observed a decrease of SOD and GPX activity, respectively (Fig.1a and c) as well as decreased levels of GSH and cytosolic melatonin, respectively (Fig. 2a and b) and an increase in catalase activity (Fig, 1b). At the end of reoxygenation (120 minutes) most of the antioxidant enzymes are in their normal levels except the lower SOD activity (Fig.1a). Among the non-enzymatic components GSH and cytosolic and mitochondrial melatonin are at their low levels. These results show that increased in the antioxidant enzymes activities and decreased GSH levels during hypoxia, are probably occurring by an increase in the production of RNS, since ROS does not increase hypoxia (see Geihs et al. 2014) and that GSH it is an important antioxidant component in this situation. In the reoxygenation, the large increase in ROS and probably increased RNS levels are depleting the antioxidant components in muscle and conducting to oxidative stress (see Geihs et al. 2014). However, catalase and mitochondrial melatonin were probably responsible for the return of ADS to normal levels at the end of reoxygenation preventing or repairing the damages in the locomotor muscle of N. granulata.