Measuring mineral levels in ultrapure concentrated acid: how hard can it be?

Concentrated acid is used in the semiconductor industry as a surface cleaning reagent. However, not every acid is good enough for this. The performance of electronic devices is highly sensitive to the presence of impurities in their components, and potential contamination is a constant concern. Therefore, only ultrapure acid can enter a semiconductor lab. 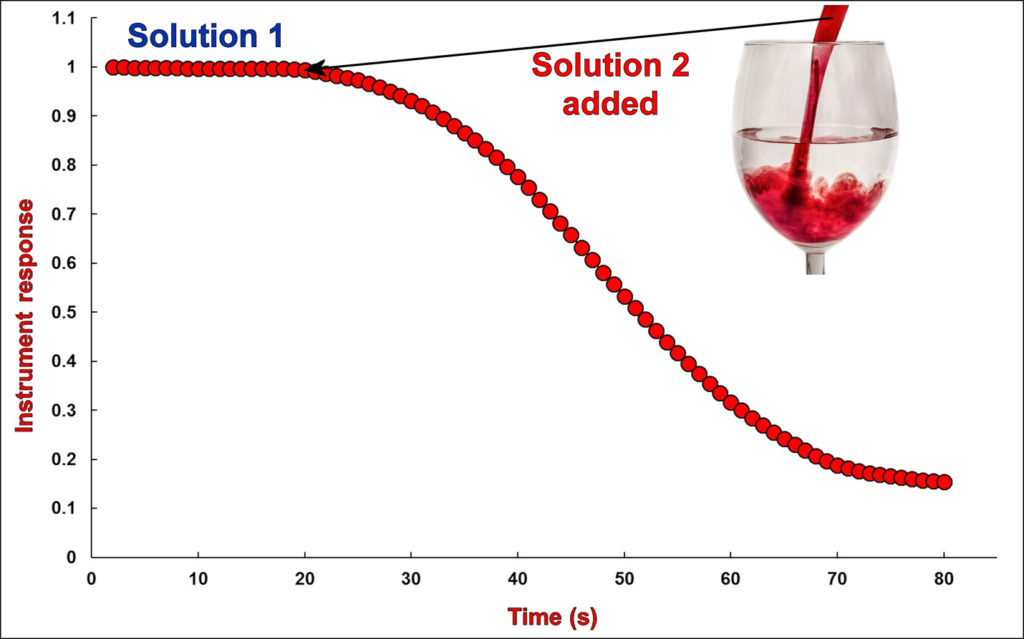 To keep everything as clean as possible, semiconductor laboratories often test the quality of their reagents, which is not so simple for ultrapure concentrated acids. There are two main issues in this case: (1) any mineral impurity will be found at a very low concentration (typically at the parts-per-billion level), which will require a quite sensitive technique to detect it, and (2) concentrated acids are viscous and dense, which can prevent the accurate determination of a low-concentration impurity. One could dilute the acid to minimize any effects from high viscosity and high density, but that would make issue (1) that much worse.

The problem with high viscosity and high density is related to how analytical instrumentation is calibrated to determine the mineral composition of samples. First, several standard solutions with known concentrations of the element of interest (analyte) are analyzed by a certain instrumental technique. Then, a mathematical relationship is established between the instrument response for each of the reference solutions and their respective analyte concentrations. Finally, the mathematical relationship and instrument response are used to determine the concentration of analyte in a sample. This method assumes that both standard solutions and samples have the same physical and chemical characteristics, or that their differences have little effect on the instrument response. This assumption is valid in most cases, but fails miserably for a few specific applications. The standard reference solutions can be prepared in water, for example, which is much less viscous and dense than concentrated acid (or even a 10 % v/v acid solution prepared in water). In addition to these and other physical characteristics, there still are the chemical differences, which combined with the physical effects may provide diverging instrument responses, and ultimately, inaccurate results.

A new calibration method was recently proposed to minimize differences between standard reference solutions and samples. Similar to the traditional standard additions method (SA), standard dilution analysis (SDA) is based on preparing the reference solutions mixed with the sample. Because the same amount of sample is present in every calibration solution, both physical and chemical effects are normalized, which minimizes potential interferences on the instrument response. Different from SA, however, SDA requires only two calibration solutions. The first solution (50 % sample + 50 % standards) is introduced into the analytical instrument, which raises the analytical signal. The second solution (50 % sample + 50 % solvent, e.g. water) is then poured onto the same container and the signal drops as both solutions mix. As dilution takes place when solution 2 is added to solution 1, several analyte concentrations (and the respective instrument responses) are generated over time (Fig. 1). These are used to establish the mathematical relationship applied to determine the analyte concentration in the sample. Calibration is done in-line, and several samples can be quickly processed.

Tab. 1. Accuracy for arsenic, chromium and nickel determination by SDA-ICP-MS. Reported values are the net (after subtracting the original concentration in the sample) mean ± 1 standard deviation, and the respective percent recoveries of spiked concentrations. Samples were spiked with 5.0 µg/L (parts-per-billion) of each element.
* Limits of detection (lowest concentration detectable) for As, Cr and Ni were 6, 10 and 30 ng/L (parts-per-trillion), respectively.

In a recent study published in Talanta, we combine SDA with a very sensitive technique known as inductively coupled plasma mass spectrometry (ICP-MS) to accurately determine arsenic, chromium and nickel in concentrated acids (Table 1). Samples were simply diluted 10-fold with ultrapure water, and the analytes were detected at the parts-per-trillion level.

The long answer: it is easier to measure mineral levels in ultrapure concentrated acid when SDA-ICP-MS is employed.