Huntington disease (HD) is an inherited disease that causes the progressive death of nerve cells in the brain structure. In mid ages this leads to several symptoms including uncontrolled twitching movements, called chorea, emotional problems, and loss of thinking ability (cognition). There is no cure for these patients. A defect in only one copy of the gene causes the disease. Internal fragment of the gene is amplified several times and mutant protein tends to form aggregates. Although both normal and mutant proteins exist together in various cells in neurons such combination leads to multiple changes in their survival during lifetime. 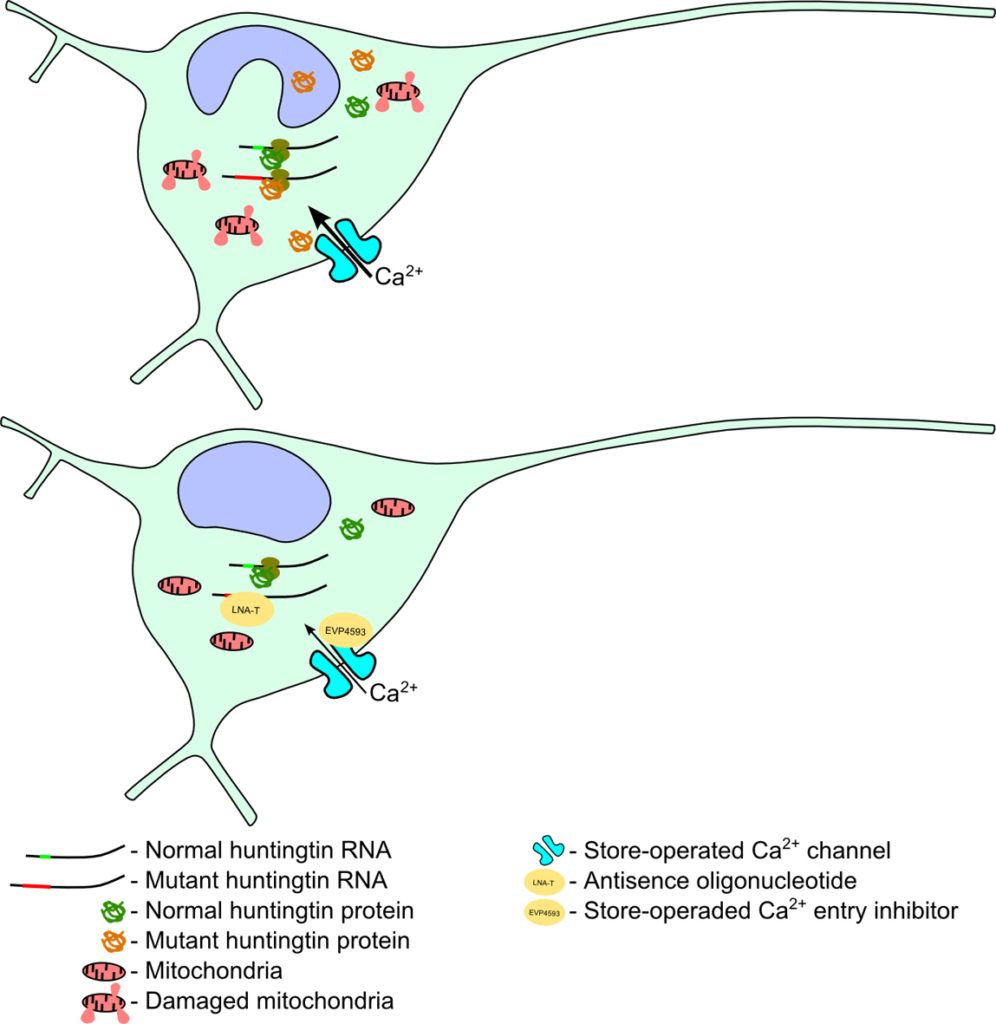 In neurons aggregated protein penetrates nucleus and other organelles, changes ion currents inside the cell preventing interneuronal communications and finally shorten neuronal lifetime. Investigation of brain samples after patient’s death does not provide enough information about the disease initiation while experimental animals with an only extremely high amplified fragment of human gene demonstrate some features of the disease. Novel technologies of cell reprogramming make possible to convert patients skin cells into neurons outside of the organism. The aim of our study was to determine whether patients skin cells converted to neurons were able to model the disease and to serve for a drug investigation purposes. We reprogrammed cells to the embryonic state and then turned them into young neurons. Our results show that these neurons manifest various symptoms of the disease including calcium balance dysregulation although does not demonstrate an increased cell death. However, when we induced artificial aging diseased neurons died rapidly while neurons generated from healthy cells stay alive. Finally we found that neurons generated from HD patients could be saved from cell death and disease symptoms by chemical molecule, that normalize calcium balance or oligonucleotide that blocked mutant protein. Thus, our results provide not only model system for the disease investigation but also candidate drugs for cure.