The pituitary gland is considered to be the “master endocrine gland”. It is a pea-sized structure located at the base of the brain, important in controlling growth and development and the functioning of the other endocrine glands. Hormones secreted from the pituitary gland help control growth, blood pressure, certain functions of the sex organs, thyroid glands and metabolism as well as some aspects of pregnancy, childbirth, nursing, water/salt concentration and the kidneys, temperature regulation and pain relief.

Pituitary tumors are the third most common tumor that develop in the brain. For the majority of pituitary tumors that cause adverse symptoms in the patient, keyhole surgical removal via the nose is the treatment of choice using an endonasal endoscopic approach. This is a minimally invasive technique that allows the surgeon to use a slender endoscope to view the tumor though the natural openings in the nostril. The tumor can then be removed through the same route with minimal trauma to the skull bone. Given their location, tumors in and around the Pituitary Gland can cause significant health problems and disability including abnormal pituitary hormone over- or under-production. For example, Cushing’s
Disease is caused by the production of excess adrenocorticotropic hormone while hormonal underproduction, called hypopituitarism, can cause loss of vision, headaches and bleeding.
Operating on pituitary tumors can be challenging because the reason for the presenting symptoms can be quite diverse. Also, a patient with headaches and vision loss has different outcome goals than a patient with Cushing’s Disease.
Nevertheless, the preservation of pituitary gland function is preferred, despite readily available medications to replace most of its hormones. Only a patient on life-long hormone replacement for cortisol or vasopressin (anti-diuretic hormone – ADH) can tell you the challenges of stress hormone dosing and maintenance of fluid balance. Women attempting to conceive have additional challenges when their glands are not functioning properly, often requiring the assistance of fertility specialists to prime their ovaries. So, whenever there is a concern about damaging the pituitary gland during surgery, we consider the reason seriously and think twice about the overall goals. 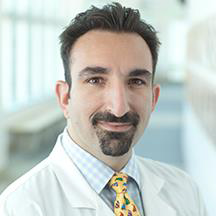 A prime example of this is when surgeons need to deliberately cut the normal pituitary gland in order to reach pituitary tumors behind the gland. The idea for such a maneuver is to prevent excessive stress on the pituitary gland, and in turn, the pituitary stalk and hypothalamus which is responsible for a host of bodily controls. However, this theory had never been supported by data until our recent publication in the journal, Pituitary.

In our study we followed 372 patients over 4 years who had surgery for common pituitary tumors (adenomas) and cysts. Surprisingly, we found that pituitary dysfunction did not change significantly after the pituitary was cut. In fact, the rate of temporary dysfunction with ADH secretion actually decreased. Interestingly, patients who had half the normal gland removed for Cushing’s Disease treatment (hemihypophysectomy), had no new pituitary hormone dysfunction at all. This evidence proves that the pituitary gland, much like the thyroid, pancreas or other hormone gland, can function well after partial removal.