Cellular telomere, a region of repetitive nucleotide sequences of TTAGGG, resides on both ends of chromosomes and its length is shortened by reflecting the replication number of chromosomal DNA, accordingly, telomere length is the most reliable indicator of mitotic history and acts as a biomarker of cellular aging. Indeed a recent systematic review confirmed a decrease in leukocyte telomere length with age. Hence, it may be useful for public health services to establish a noninvasive assay to measure telomere length in individual human samples. 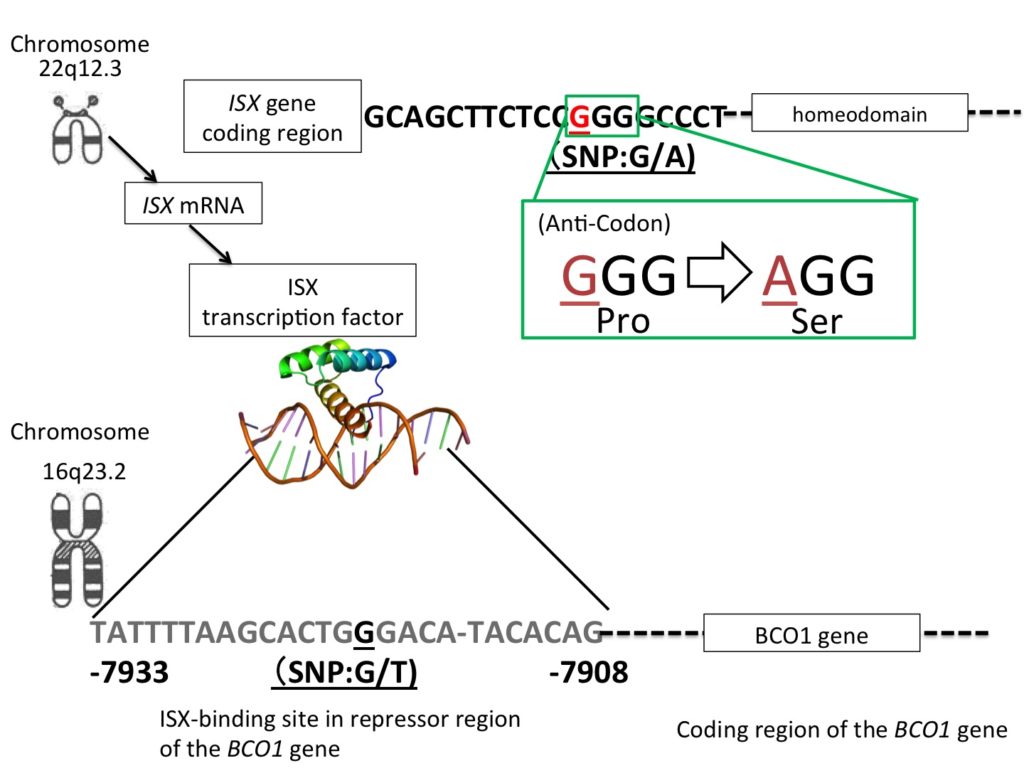 Fig.1. ISX binds regulatory SNP site (rs6564851) of the BCO1 gene. BCO1 is an intestinal enzyme responsible for the cleavage of β-carotene into retinal. Several years ago, the gut-specific homeodomain transcription factor ISX has been identified as a putative repressor of intestinal BCO1 gene expression. ISX has been shown to bind to BCO1 SNP-containing 26-bp DNA fragment; G-allele-containing fragment has more affinity to ISX than T-allele fragment.

In the last 2 decades, however, Southern blot hybridization technique had been applied as a golden standard method to measure telomere lengths, but it requires huge amounts (sub-micrograms equivalent to 100,000 cells) of chromosomal DNAs and harmful radioisotope-labeled probes. These technical difficulties have prevented most of health scientists from their measurements. More than a decade ago, Cawthon (2003, 2009) developed a quantitative polymerase chain reaction (qPCR) assay for “relative” average telomere length, which used far less DNA (a few hundred cells) and was much quicker than the traditional Southern blot method. The Cawthon’s qPCR assay enables us to measure relative telomere lengths (RTLs) in a very small number of cells, which can be obtained from a drop of saliva or buccal swabs.

Telomere length is shortened not only by cell proliferation, but also by environmental factors through oxidative stress and inflammation, which are pathogenic mechanisms of lifestyle-related diseases and can be modulated by dietary intervention. In other words, dietary intake of antioxidant nutrients may protect cells from accelerated telomere erosion. Recent evidence has supported this speculation: leukocyte telomere length increased with decreasing n-6:n-3 ratios in polyunsaturated fatty acid supplementation for 4 months; and an inverse relationship was demonstrated between baseline blood levels of marine n-3 fatty acids and the rate of telomere shortening over 5 years.

The metabolism of antioxidant nutrients can be affected by genetic background. For example, several common single nucleotide polymorphisms (SNPs) in the β-carotene oxygenase 1 (BCO1) gene are associated with β-carotene metabolism. Indeed, a common regulatory SNP (rs6564851) was linked to higher circulating β-carotene levels. Furthermore, the gut-specific homeodomain transcription factor ISX has been identified as a putative repressor of intestinal BCO1 gene expression, as shown in Figure 1. 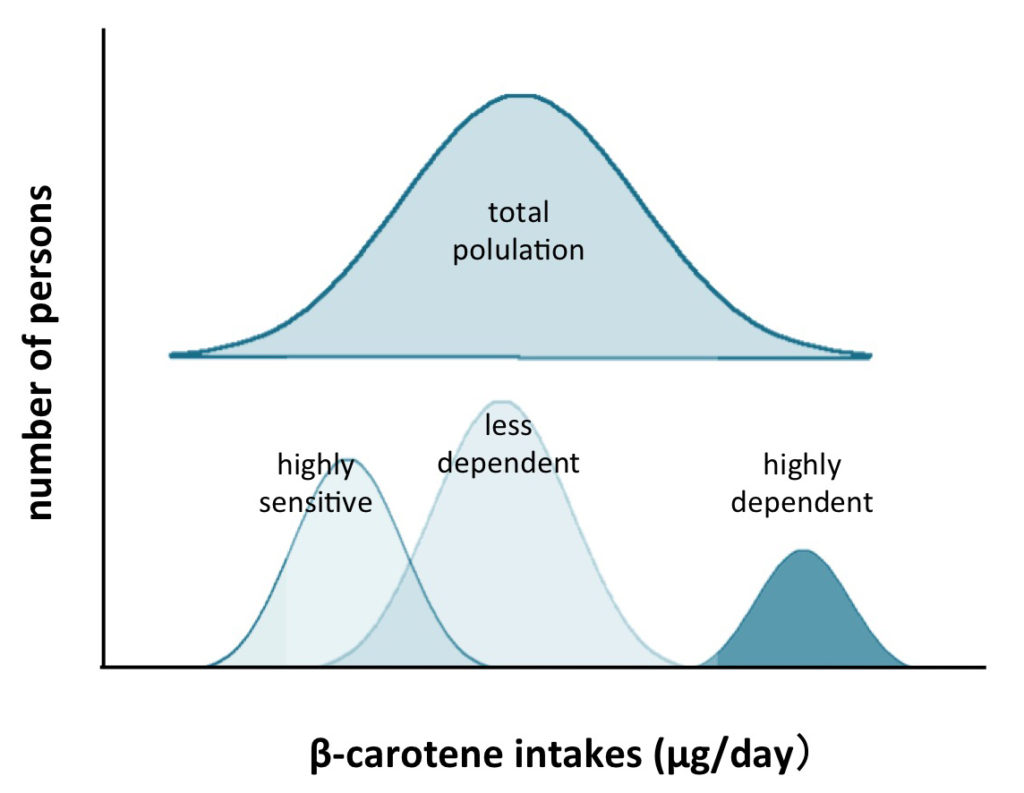 Fig. 2. According to buccal cell RTL as an index, daily dietary allowance of β-carotene may be different in the following 3-genotype groups; highly dependent, highly sensitive and less dependent groups.

It is very interesting that ISX efficiently binds to rs6564851 G-allele-containing 26-bp DNA fragment than T-allele-containing fragment. Although no association study has so far been reported on ISX gene polymorphism, we paid attention to a common nonsynonymous SNP (rs362090) at the N-terminal flanking region of the homeobox domain of ISX registered in SNP database of NCBI (National Center for Biotechnology Information). Hence, we were interested to survey whether “epistasis” exists between the BCO1 and ISX genes, in which the ISX gene may be epistatic and the BCO1 gene may be hypostatic or vice versa. In the current study, we sought to determine interactions between nutrient intake (an environmental factor) and the above-mentioned common SNPs in the BCO1 and ISX genes (genetic factors) in their effects on telomere length shortening.

In view of buccal cell RTL as an index, the present results may suggest recommended daily dietary allowance of β-carotene is different in the following 3-genotype groups: 1) ISX G-allele carriers who are homozygous for the BCO1 G-allele may need more β-carotene intake than the other groups, otherwise they will have a risk of shortening telomere length. 2) ISX G-allele carriers who carry the BCO1 T-allele might be already taking too much β-carotene, so that their buccal cell RTL is negatively associated with the present β-carotene intake. 3) ISX A-allele homozygotes may intake sufficient amounts of β-carotene to maintain telomere length (Fig.2).

As known in general, carotenoids are a safe fat-soluble vitamin with probable little overdose. Several interventional studies have reported, however, that some of the smokers increase risk of carcinogenesis by overdose of β-carotene. We are simply speculating certain genetic factor(s) may affect a proper carotene intake. However, before drawing firm conclusions, these findings should be reproduced by other studies using designs that avoid biases from sample type, sample size, and assay method.