Mycobacterium tuberculosis the causative agent of human tuberculosis (TB) is consider the most successful pathogen  that could infect (2 billion), induce (10.4 million) and kill (1.7 million) a large number of people around the world. Besides this the rapid evolution of Mycobacterium tuberculosis, from mono-drug-resistant to multiple drug-resistant [MDR-TB; isolates that are resistance to at least isoniazide (INH) and rifampicin (RIF)], extensively drug-resistant [XDR-TB; defined as MDR with additional resistance to both fluoroquinolones and at least one second –line injectable drug], and most recently extremely drug resistant (XXDR) or totally drug-resistant strains (TDR-TB), is threatening to make TB once again an untreatable disease if new therapeutic options do not soon become available. 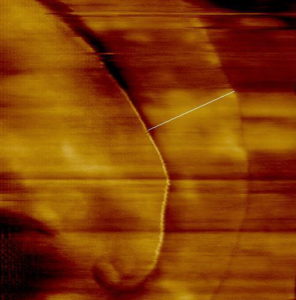 Fig. 1. Cross section of cell wall of totally –drug resistant TB bacilli (TDR-TB cell) recorded by atomic force microcopy (AFM).
The cell wall thickness is clearer with AFM than transmission electron microscopy (TEM). Because the interpreting TEM images need more cautions, since electron microscopy analyses of ultrathin sections are performed with specimens from which water had been removed, consequently, water soluble molecules may aggregate and lipid molecules may be prone to extraction or rearrangement by organic solvents during dehydration. But the cross section using atomic force microscopy performed in water and there is no need of dehydrating the samples. Under AFM, the cell wall thickness reaches 35 ±1.5 nm, almost triple of what usually present in susceptible forms.

The TDR-TB strains reported to be resistant to ‘all first-line drugs (FLDs) (isoniazid, rifampicin, ethambutol, pyrazinamide, streptomycin) and second-line drugs (SLDs) (fluoroquinolones, ethionamide, amikacin, para-aminosalycilic acid, capreomycin, kanamycin, cycloserine). The first case of TDR- TB was a young Peruvian man who was visiting the United States to study English. His illness originally puzzled the doctors he saw as he had never had TB. Later on in 2007, Migliori et al described the first two cases of XXDR in Italy which were not responding to FLDs, SLDs and other additional drugs (rifabutin, clofazimine, dapsone, claritromycin, thiacetazon). Then, in 2009, Velayati et al reported the first 15 cases of TDR-TB in Iran. The strains were collected from both immigrants (Afghan, 30.4%; Azerbaijani, 8.6%; Iraqi, 4.3%) and Iranian (56.5%) MDR-TB cases. In 2012, India described the isolation of “TDR-TB from Indian patients, and in 2013, Center for Diseases Control and Preventions “reported the TDR-TB cases in South Africa, and they stated that this form of TB diseases was virtually untreatable. Globally, it is estimated that around 10% of all MDR-TB strains are TDR-TB. This number, however, may be not reflecting the correct situation, as many laboratories in endemic TB countries do not have the capacity to detect the XDR or TDR-TB strains. Secondly, surveillance data were available from a very small number of patients in only a few countries, and only those with extensive drug susceptibility testing (DST) capacity. 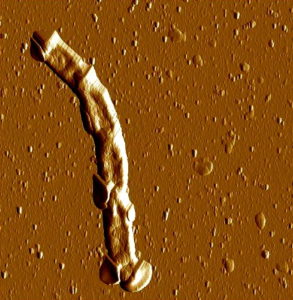 Fig. 2. Besides pilli formation; 10- 15% of TDR-TB bacilli develop the outer membrane channels or protrusion tubes that are visible on their cell surface. The function of such channels is remained to be resolve.

The most terrifying  findings  was when we  demonstrated a marked differences between the  cell wall thickening of XDR and TDR-TB bacilli (up to 35 nm), from  MDR ( 17.1 ±1.3) or susceptible ( 15.6± 1.3nm ) isolates (Fig .1).  This observation raise a debate on the candidate drug(s) that could penetrations inside these isolates? Recently, the light of hope came with effectiveness use of new drugs (bedaquiline and delamanid) or combination of available  drugs (bedaquiline and clofazimine)  to treat DR-TB  patients, but then also more recent investigations showed  MDR-TB isolates had resistant to these drugs also . Additionally, the other adaptive mechanisms like pilli –formation or tubular protrusion were reported in these deadly bacilli (Fig. 2). Thereby, it become clear that we are no more dealing with simple rod shaped Koch bacilli.  Fortunately, the number of these strains (TDR-TB) are very low; but these low number does not permit us to ignore their presence.

We know that the combination of available drugs might not work-well for these deadly bacilli, but for the time –being we can strictly follow international policy on TB infection control in health-care facilities, congregate settings and households. And maybe we have to revise  the  transmission strategies when we our concern is XDR or TDR-TB bacilli.