Brucellosis is a disease caused by infection with bacteria of the genus Brucella. Most of Brucella species are capable of infecting humans, and they are all considered zoonotic since different animals are their preferential hosts. Brucella ovis infects preferentially sheep, causing mostly genital lesions in males, which are associated with subfertility or even sterility. In ewes, the infection occasionally results in abortion. Our group have previously demonstrated that a B. ovis mutant strain that lacks an ABC transporter (a transmembrane transporter that allow the bacterium to import or export several substances) is strongly attenuated for intracellular survival in macrophages as well as in vivo persistence in mice. Later on, this mutant strain (B. ovis ΔabcBA) was proven to trigger an immune response in rams that is similar to that induced by infection with the wild type strain. However, considering that the mutant strain was strongly attenuated so it did not persist for a prolonged period of time in vivo, we tested a delivery system, based on alginate microencapsulation, which tends to extend exposure of the host to the vaccine strain due to its slow release of the vaccine strain in vivo. Indeed, alginate microencapsulation improved protection induced by the candidate vaccine strain (B. ovis ΔabcBA) in mice. Therefore, our goal in this study was to evaluate protection induced by the vaccine candidate B. ovis ΔabcBA against experimental challenge with wild type B. ovis in rams. 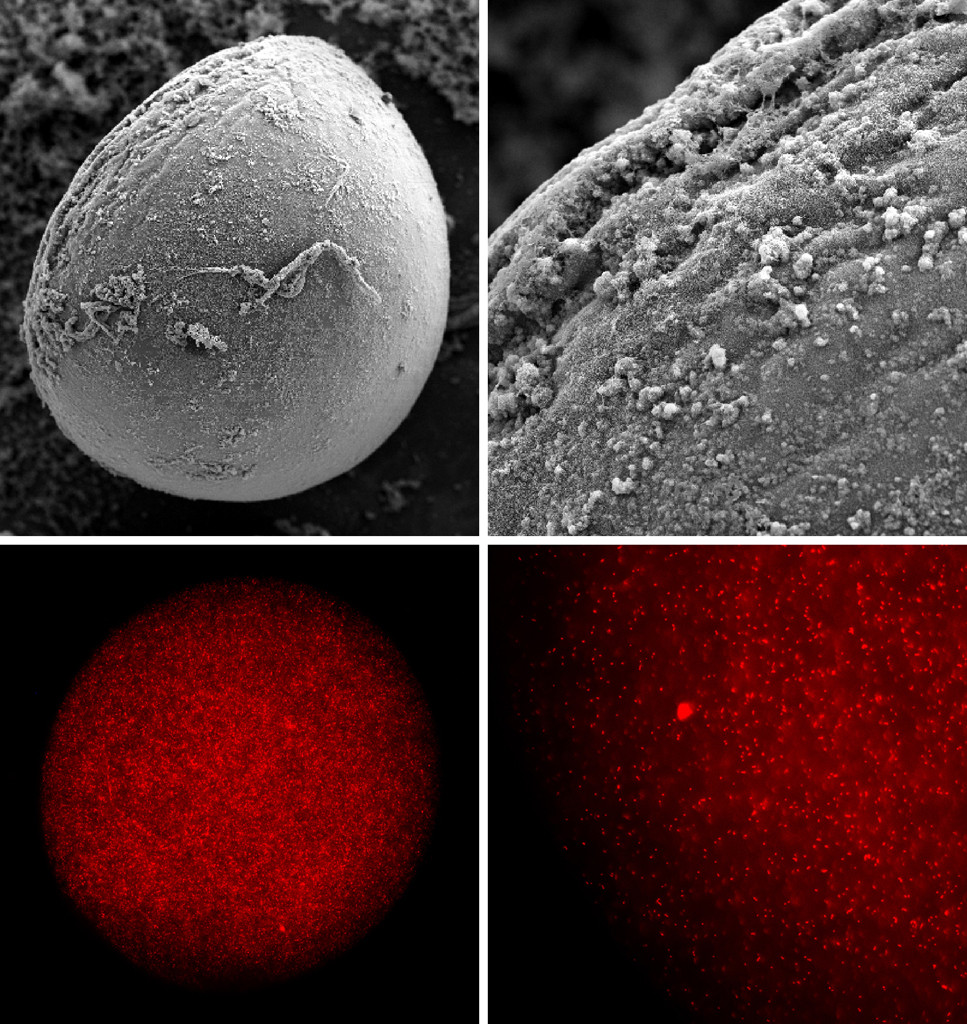 Rams were subcutaneously immunized with B. ovis ΔabcBA vaccine strain (either encapsulated with sterile alginate or with the non encapsulated). Serum, urine, and semen samples were collected during two months after immunization. The rams were then challenged with wild type B. ovis, and the results were compared to non immunized and experimentally challenged rams. Immunization, particularly with encapsulated B. ovis ΔabcBA, prevented infection, secretion of wild type B. ovis in the semen and urine, shedding of neutrophils in the semen, and the development of clinical changes as well as gross and microscopic lesions induced by wild type B. ovis. Collectively, our data indicate that this B. ovis ΔabcBA strain is an exceptionally good vaccine strain for preventing brucellosis caused by B. ovis infection in rams. The vaccine prevented infection, development of clinical and pathological changes, and shedding of the pathogenic strain. Therefore, in addition to preventing infection and disease, this vaccine has the potential to prevent environmental contamination and transmission of the disease. To the best of our knowledge, this is the first vaccine to provide sterile immunity against Brucella sp.