The presence of activated PI3K-AKT is a major obstacle to successful chemotherapies. Since PI3K-AKT is activated in many healthy tissues, chemical inhibitors of PI3K-AKT inevitably have many unwanted side effects. By using a cholesterol-targeting drug called beta-cyclodextrin (βCD), we developed a method to inactivate PI3K-AKT with a very little side effect (Fig. 1). 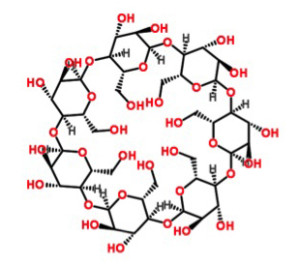 Fig. 1. β-cyclodextrin is a seven-sugar molecules linked together to form a cylindrical structure. Inside the cylinder is hydrophobic and can sequester many hydrophobic molecules including cholesterol.

However, its effect in the body lasted only for a few hours. To take advantage of the absence of activated PI3K-AKT, we needed to induce apoptosis very quickly. We accomplished this by targeting mitochondria with a combination of two drugs, 2-deoxyglucose (2DG) and ABT-263 (ABT), and added the bCD to the combination. The resulting 2DG-βCD-ABT triple combination killed almost all the cultured cells we tested, including healthy growing cells. Exceptions were pancreatic cancer cells because they expressed MDR protein, which could exclude ABT from entering the cell, and quiescent cells that do not take up 2DG. All the cells that died from the treatment came from the cells that had taken up both 2DG and ABT, or the cells that had taken up all three agents. When 2DG is injected in the body, it is taken up by highly glycolytic cells. These are brain cells, muscle cells after a heavy exercise, cells in inflamed tissues, and cancer cells; these are exactly the cells that show up in PET Scan. 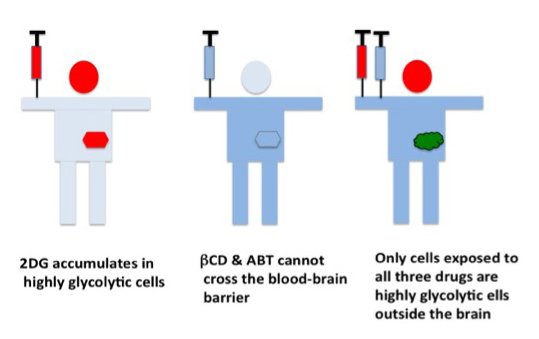 Fig. 2. The combination therapy limits the exposure of all three drugs to cancer cells outside the brain.

In contrast, since ABT and βCD cannot cross the blood-brain barrier, brain cells are not exposed to these two agents. Thus if a patient avoid heavy exercise, and the inflammation is kept under control, then the only cells that would be exposed to all three agents would be cancer cells outside the brain, making the triple combination safe and effective (Fig. 2). Lastly, we also showed the combination of 2DG, βCD, and TRAIL had worked in killing prostate cancer cells.