A disease of younger women

Cramp or pain during menstruation is very common, but telling a young woman that this is ‘normal’ without full assessment can be wrong as this can lead to many years of unnecessary suffering. There are many conditions in the abdomen or the pelvis that can cause such pain. Sometimes these are not considered or ruled out, which results in the diagnosis being delayed and perhaps only made many years later when investigations are arranged because the pain had become intolerable or because of problems with fertility. 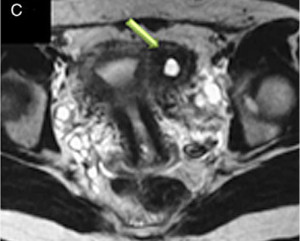 Unfortunately, little attention has been paid to the possibility that severe period pain may be caused by diseases involving the uterus or the lining of the uterus. The problem of late diagnosis of endometriosis (endometrium or lining of the uterus present in the pelvis outside the uterus) has been highlighted for many years, but still delayed investigation and diagnosis remain an issue. A survey of the Endometriosis Association (www.endometriosisassn.org) reported that the average time between the onset of the pain symptoms and the final diagnosis of endometriosis is 9.3 years. Young women who have symptoms early during adolescence seem to suffer longer and have more severe symptoms by the time lesions are finally discovered. Delays can be because patients do not seek help early or because of delays after they see doctors. Doctors may assume the pain to be due to a process that will resolve itself. It may be that younger women who only recently started having periods may be considered particularly sensitive to pain and therefore their suffering is not taken seriously. It is nonetheless surprising that investigations are not arranged earlier given the availability of modern accurate imaging techniques.

A condition that can cause pain but that is still not well recognized is Juvenile Cystic Adenomyosis (JCA) where cysts lined by endometrium are present within the muscle wall of the uterus (see Figure). Adolescents can also suffer with endometriosis. Both of these diseases are due to the presence of endometrial cells (the cells that make the inside lining of the uterus) in places other than where they would normally be found which is inside the uterus around the uterine cavity. In women with JCA, the endometrium is found embedded in the muscular part of the uterus, whereas in adolescents with endometriosis this tissue is found outside the uterus, most commonly, on the peritoneum and ovaries.

A common feature of these conditions is that the misplaced endometrial tissue forms into cysts which bleed internally and follow the same sequence of the menstrual cycle. The bleeding may accumulate to form blood containing or hemorrhagic cysts and this can trigger an inflammatory reaction. These cysts are mostly quite small but can become large especially when they affect the ovaries. There is no real fear of malignancy in young women with these conditions, but the symptoms can badly affect their quality of life.

There are other related but quite rare conditions in the uterus that result in the build-up of blood containing cysts. Mostly these are congenital. It is reassuring that modern imaging techniques (ultrasound and magnetic resonance imaging or MRI) have made it possible to diagnose these diseases relatively easily and that treatments are available which can result in rapid improvement in certain cases.