A network of stuttering

Network science uses techniques from mathematics, computer science, and several other fields to study complex systems. Nodes are used to represent an individual in the system, and connections are placed between nodes that are related in some way, forming a web-like structure, or network, of the entire system. This approach has been used to study the stability of ecosystems by creating a food-network of animals (as the nodes) in the ecosystem, with connections representing who eats whom in the ecosystem. From such networks of the ecosystem, scientists can distinguish species of animals whose removal (i.e., extinction) would have little effect on the ecosystem from those species that occupy key positions in the network such that their extinction would destroy the whole ecosystem (and might therefore become good targets for conservation efforts). 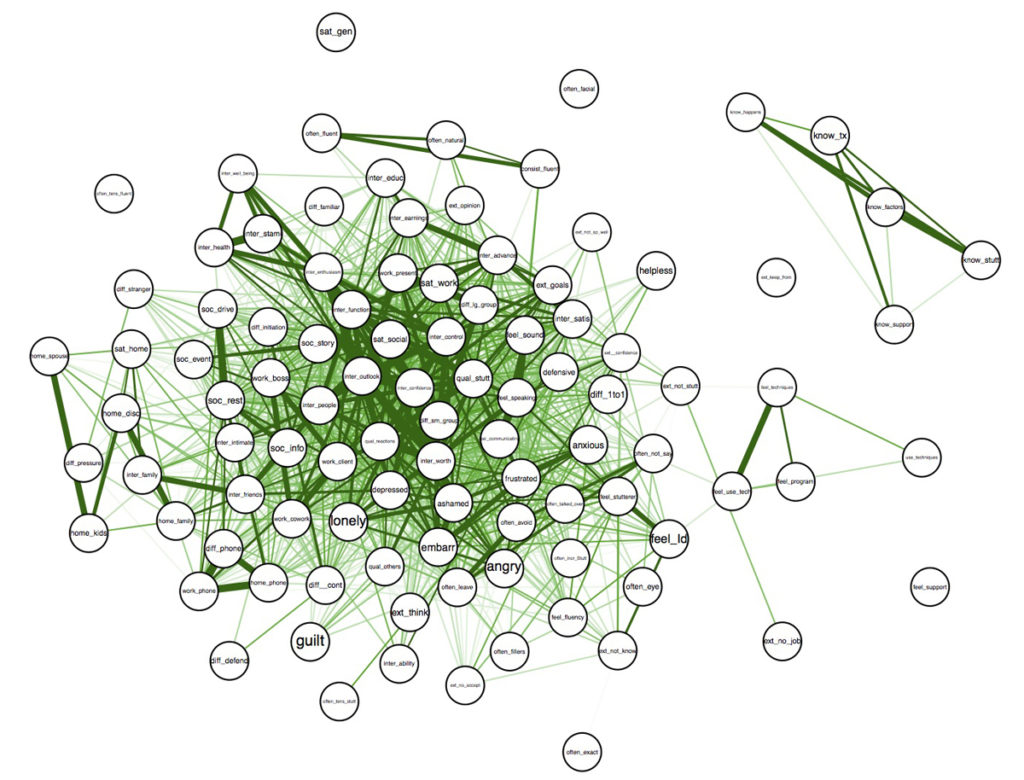 Fig. 1. The symptom network of stuttering as assessed by the items in the Overall Assessment of the Speaker’s Experience of Stuttering-Adult (OASES-A).

In Psychology, “symptom networks” have been developed using nodes to represent psychological and behavioral symptoms from the Diagnostic and Statistical Manual of Mental Disorders, with connections being placed between symptoms that tend to co-occur to form networks of various psychological disorders. Recent work created a network of the communication disorder of stuttering. The nodes represented the questions in the Overall Assessment of the Speaker’s Experience of Stuttering (OASES) for Adults, which asks people who stutter to rate their general perceptions about their stuttering and speech as a whole; their affective, cognitive, and behavioral reactions to stuttering; the functional difficulties they may have with communication in key situations; and the negative impact that stuttering may have on their quality of life. Connections were placed between the nodes if the responses on the questions tended to be the same (i.e., the responses were highly correlated).

Just as the tools of network science can be used to identify key species in an ecosystem, the tools of network science can also be used to identify key symptoms in a network of stuttering. Identifying which factors are influential in the network of stuttering symptoms has important implications for clinical practice. Stuttering involves more than just disfluencies in speech, so it is important to address in treatment the less observable aspects of stuttering, such as the speaker’s feelings about stuttering, and perceived impact on quality of life.

The analysis of the network of stuttering symptoms found that how one feels about their speaking ability, how stuttering affects one’s quality of life, and the extent to which stuttering interferes with communicating in social situations were important nodes in the network. This may provide clinicians with some guidance on other aspects to address during treatment in addition to the disfluencies that occur when speaking.

Several items from the OASES related to “knowledge about stuttering” formed a small group of nodes that was not connected to the rest of the network. The separation of this collection of “knowledge” nodes from the rest of the network suggests that one’s knowledge about stuttering may not be strongly related to other experiences of stuttering. That is, knowing how or why one stutters may not influence how stuttering affects one’s quality of life.

Finally, most items in the network formed groups that matched the explicitly labeled sections of the OASES, but a few items were found in different groups than those in the OASES. This may reflect a slight difference in the way that clients experience stuttering and the way that scientists and clinicians experience and treat stuttering. Being aware of how one’s scientific and clinical training might alter one’s perception and interpretation of a phenomenon may provide future scientists and clinicians with some guidance as they develop new assessments for various speech, language, or hearing disorders.