Non – protein – coding regions of the genome are widely transcribed to produce non – coding RNAs (ncRNAs), which play a crucial role in various biological processes and diseases. Recent advances in next-generation sequencing technologies have revealed that ncRNAs are not always expressed as single entities with fixed terminal sequences but as multiple isoforms bearing complex heterogeneity in both length and terminal sequences. 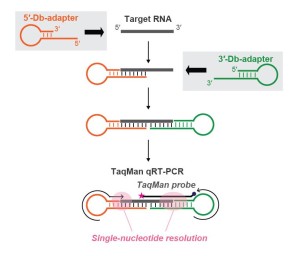 For example, in the case of microRNAs (miRNAs) which widely regulate the expression of their complementary target mRNAs, identical miRNA genes encode mature isoforms, termed isomiRs, that vary in size by one or more nucleotides at the 5′- and/or 3′-end of the miRNA. The isomiRs of each miRNA are differentially expressed across different cell and tissue types at different developmental stages, which has been shown to be biologically significant. To unravel these complexities of small RNA heterogeneity and their underlying molecular mechanisms, the accurate quantification of individual small RNA variants and convenient analysis of their expression profiles are imperative.

We recently developed Dumbbell-PCR (Db-PCR), an efficient and convenient TaqMan RT-PCR-based method to specifically quantify individual small RNA variants with single-nucleotide resolution at both the 5′- and 3′- terminal sequences. In Db-PCR, 5′- and 3′-stem-loop adapters, termed Db-adapters, are specifically hybridized and ligated to the 5′- and 3′-ends of target RNAs, respectively, by T4 RNA ligase 2 (Fig 1). The resultant ligation products with “dumbbell-like” structures are subsequently quantified by TaqMan RT-PCR (Fig 1). 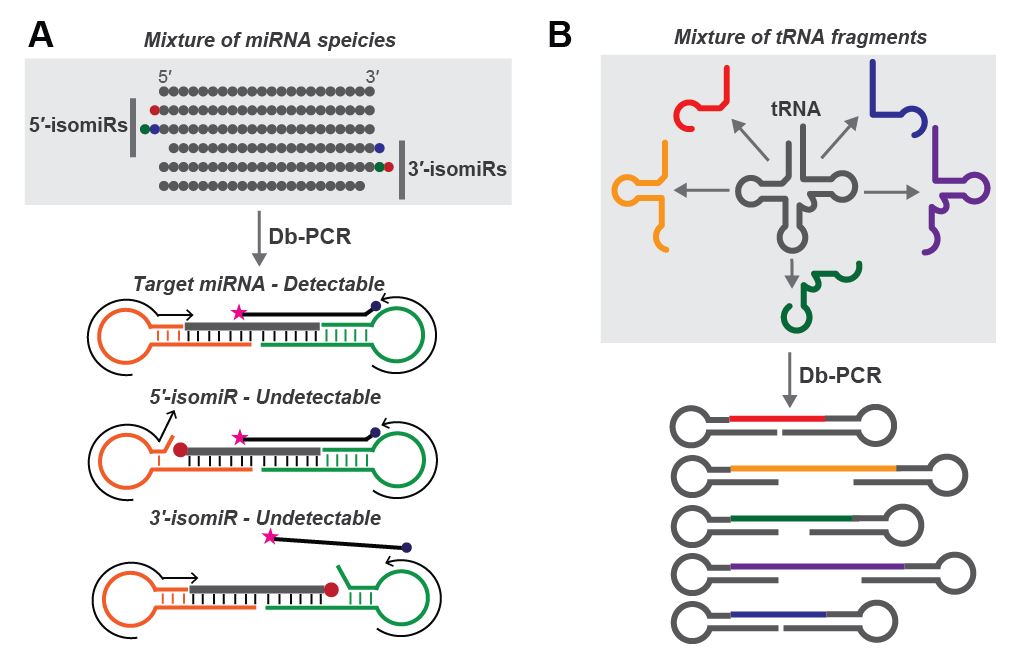 Fig. 2. Utilization of Db-PCR for specific quantification of isomiRs (A) and tRNA fragments (B).

We confirmed that the high specificity of adapter ligations and TaqMan RT-PCR toward target RNAs assured both 5′- and 3′-terminal sequences of target RNAs with single-nucleotide resolution so that Db-PCR specifically detected target RNAs but not their corresponding terminal variants. Db-PCR had broad applicability for the quantification of various small RNAs in different cell types, and the results were consistent with those from other quantification methods. Db-PCR thus provides an efficient and convenient technique for specific detection and differential expression analysis of small RNA variants, such as isomiRs (Fig 2A). This method can also shed light on the biological significance of small RNAs coexisting with abundant precursor RNAs in the cells, such as tRNA fragments, specific detection and quantification of which require discrimination from their precursor RNAs (Fig 2B).