A pill a day to prevent HIV? Successes and challenges of pre-exposure prophylaxis in the real world

Pre-exposure prophylaxis (PrEP) is a pill composed of two antiretroviral drugs (tenofovir disoproxil fumarate and emtricitabine, or TDF/FTC) that prevents HIV infection. Numerous studies have now shown that when taken daily, this medication has the potential to dramatically reduce the risk of HIV transmission among populations at highest risk. TDF/FTC as PrEP was approved by the United States Food and Drug Administration (FDA) in 2012. Despite its success in clinical trials and endorsement by the FDA, use of PrEP has been low. A primary concern of PrEP research now is identifying and addressing barriers to successful PrEP implementation. Only a small fraction of people who could benefit from PrEP know about it; even fewer know how or are able to access PrEP, and fewer still actually obtain a prescription for PrEP. When people are prescribed the medication, there are also potential barriers to being retained in care and taking it every day as prescribed. 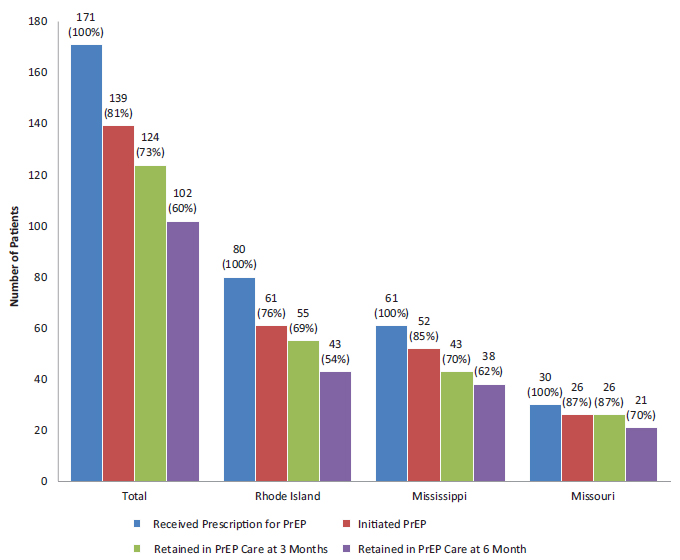 In 2013, our team implemented clinical PrEP programs in three cities: Providence, Rhode Island; Jackson, Mississippi; and St. Louis, Missouri. These were among the first non-research trial PrEP programs in the country. In an effort to evaluate what happens in a “real-world” setting when people are prescribed PrEP, we analyzed data on patient outcomes, including adherence to daily dosing and retention in care.

Overall, this implementation experience has shown that there was interest in PrEP, and people were able to access PrEP care. However, a high proportion of people did not follow up for reasons that are still unknown. This loss to follow-up is an important area for future study: once we understand these reasons, we can design programs and interventions to keep patients retained in PrEP care and adherent to the medication.