A promising compound to be tested against neurodegenerative disorders

Histone deacetylases (HDACs) are enzymes responsible for protein deacetylation. Abnormalities in acetylation levels caused by deregulation of those enzymes are proposed to be involved in the pathogenesis of cancer and neurodegenerative disorders, such as Alzheimer, Parkinson and Huntington diseases. Therefore, HDACs have been considered to be pharmaceutical targets against these diseases. HDAC enzymes are grouped into four classes and consist of 11 HDACs and 7 sirtuins. Among them, HDAC6 presents several important roles in neurodegeneration. So far, four HDACs have been approved for cancer treatment, but they have little isoform selectivity. 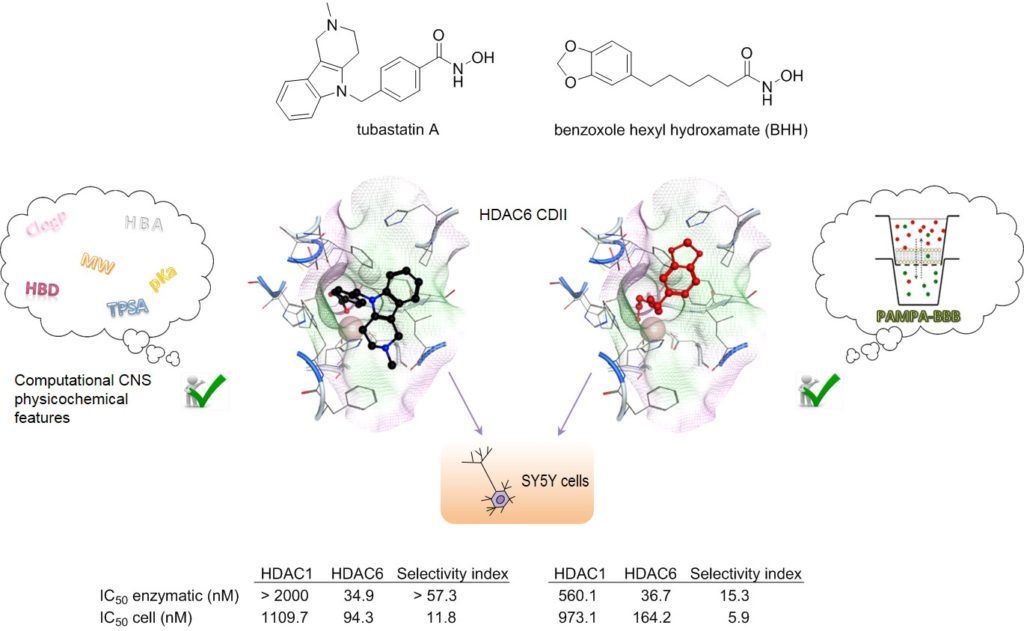 Fig. 1. Computational and experimental workflow adopted in this study: comparison between tubastatin A and benzoxole hexyl hydroxamate (BHH) docking as well as IC50 values for HDAC inhibition.

The aim of the present study was to identify compounds able to selectively target HDAC6 in neuroblasts.  An in silico approach was used to assess the potential ability of compounds to cross the blood brain barrier (BBB) and to match optimal CNS physicochemical features. This led to the optimization of previously selected HDAC6 inhibitors, which did not have the requested criteria for BBB penetration. Inhibitors of zinc-dependent HDACs share a common pharmacophore system including a zinc binding group such as hydroxamic acid, linked by a carbon chain to a “cap” group, mostly aromatic, interacting with the external surface of the HDAC catalytic domain. With the recently proposed cross metathesis strategy, a novel benzoxole hexyl hydroxamate (BHH) was prepared using the natural product safrole to introduce a benzoxole ring as the cap group, which was reacted with a known alkene bearing a protected hydroxamic acid group. A short synthetic sequence allowed then to access BHH. BHH showed a similar enzymatic potency towards HDAC6 than that observed for tubastatin A, a well-established HDAC6 inhibitor. However, its HDAC6 selectivity over HDAC1 was lower when tested on purified enzymes. Then, a well-established assay used to predict the transcellular passive absorption through biological barriers, the Parallel Artificial Membrane Permeability Assay (PAMPA), was performed using a membrane representative of the BBB to evaluate how permeable, potent and selective BHH would be in living cells in comparison to tubastatin A. The passive permeability of BHH was higher than that of tubastatin A, suggesting that BHH is a better candidate to selectively inhibit HDAC6 in models of neurodegeneration. The in silico and PAMPA results gave important insights on the bioavailability and safety of BHH. Finally, a cell-based assay was used to see whether the selectivity profile of BHH was maintained in cells. For this, SH-SY5Y human neuroblastoma cells were used (Fig. 1). The assay consisted in incubating cells with tubastatin A or BHH, together with a general HDAC substrate (MAL), an HDAC1-selective substrate (MOCPAC), or an HDAC6-selective substrate (BATCP). The substrates and their deacetylated products were then analyzed by liquid chromatography coupled to mass spectrometry. This approach offers the possibility to monitor the activity of both HDAC1 and HDAC6 in cells. In this assay, BHH displayed a cell-based selectivity index of almost 10-fold towards HDAC6, which is close to the one of tubastatin A. Subsequently, docking studies were carried out to understand the binding mode of BHH into the catalytic site of HDAC1 and HDAC6 isoforms (Fig. 1), and to explain its selectivity towards HDAC6. The selectivity may be due to the presence of the benzodioxole group interacting with hydrophobic side chains present in the HDAC6 channel rim, but absent in HDAC1. The selectivity profile of BHH and the involvement of HDAC6 within the pathogenesis mechanism of several neuronal disorders makes this compound a good candidate to be tested in neurodegeneration models.