Undernutrition in children is one of the important global health issues. In the developing countries, the main cause of undernutrition is an inadequate nutritional intake due to the poverty. On the other hand, in developed countries, dieting (especially in adolescent women) and hospitalization are two major causes. Undernutrition in hospitalized children is thought to be associated with the length of hospital stay, infectious complications, and readmission rates. For understanding undernutrition occurring during hospitalization, an evaluation of a nutritional status on admission is potentially important. Based on this notion, several previous articles investigated the nutritional status in pediatric patients on admission. In Western countries, the prevalence is reported between 5.8 and 27.2%, but the reports from the rest of the world demonstrated higher prevalence ranging from 10.0 to 55.0%. However, these studies were mostly done in either tertiary or general without descriptions of the patient details and distribution of the diagnosis. This study specifically pays attention to the difference of undernutrition among 3 classes of hospitals, i.e. tertiary, acute-care, and rehabilitation hospitals, that have varying patients’ characteristics. 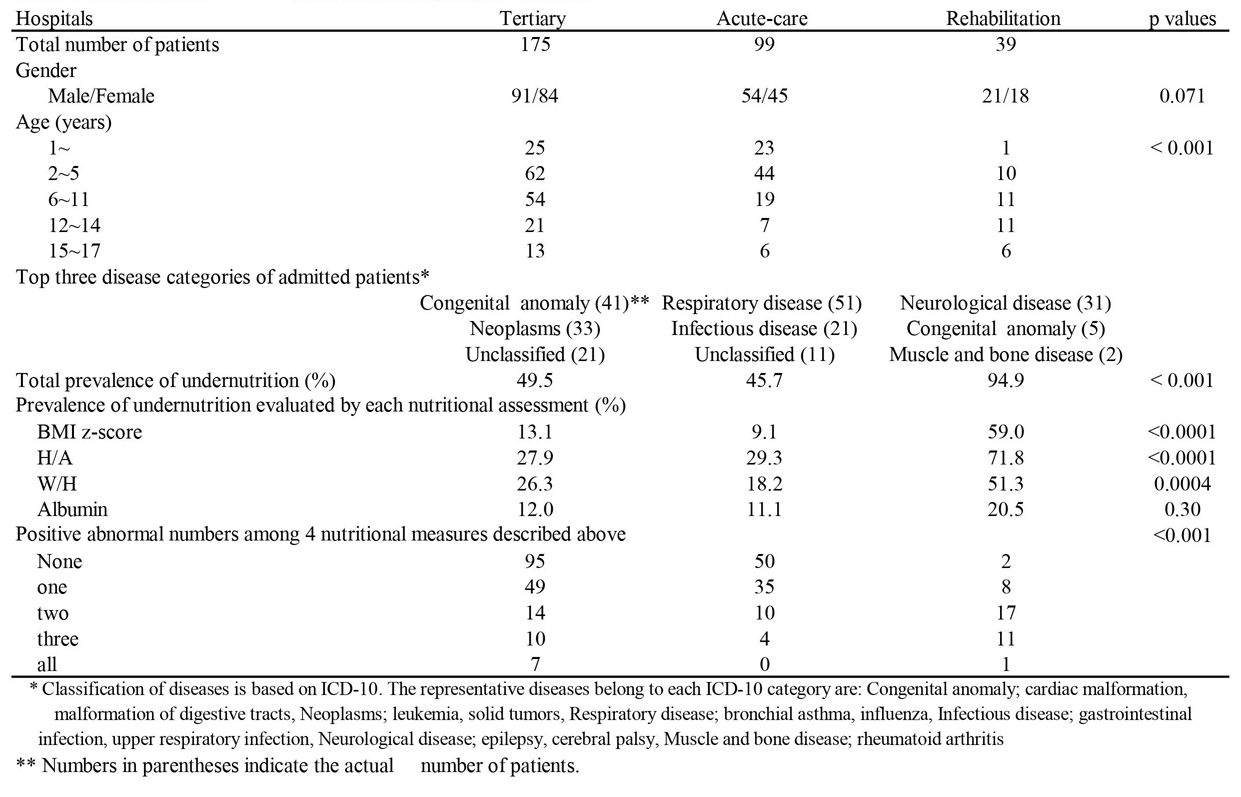 Tab. 1. Characteristics of patients and nutritional status at 3 different hospitals.

The present study included 313 patients aged 1–17 years admitted to either a tertiary hospital (175 patients), an acute-care hospital (99 patients), or a rehabilitation hospital (39 patients). The representative diagnosis of patients based on the International Statistical Classification of Diseases and Related Health Problems (ICD)-codes are shown in Table 1.  On admission, height, weight, and serum albumin were measured. Body mass index (BMI) was calculated by dividing the weight (kg) by the square of height (m). As the standard growth charts for evaluating BMI z-scores, W/H and H/A, the official Japanese children’s anthropometric data published by the Ministry of Education, Culture, Sports, Science and Technology were used. Patients exhibited either (i) BMI z-score < −2, (ii) weight-for-height (W/H) < 90%, height-for-age (H/A) < 95%, or (iii) albumin < 3.5 g/dl were diagnosed as undernutrition.

In total, 166 patients (53.0%) were diagnosed as having undernutrition since they had at least 1 abnormal nutritional measure (Table 1). Prevalence increased significantly with age (12~14 and 15~17 years) (p<0.001), but there was not any gender difference (p=0.071). The prevalence was significantly higher in the rehabilitation hospital than in the tertiary or acute-care hospitals (p<0.001). The tertiary hospital had slightly higher prevalence than that of the acute-care hospital, but the difference was not significant  (p=0.55). Among 4 nutritional measures, the prevalence of undernutrition by BMI z-score (p<0.0001), H/A (p<0.0001) and W/H (p=0.0004) was statistically higher in the rehabilitation hospital compared to the tertiary or the acute-care hospitals except for albumin (p=0.30).  In addition, prevalence of undernutrition was found to vary considerably among the ICD-10 disease category in order of 72.9 % in neurological diseases, 62.2% in congenital anomaly, 57.6% in neoplasms, 50.9% in respiratory disease, and 50.0% in blood and immunologic disease. (data not shown)

There are two major limitations in this study. First, the nutritional assessment was done only on admission without investigating its effect on the changes of undernutrition during hospitalization. Second, how undernutrition on admission had influenced the prognosis during hospitalization such as the length of hospital stay or infectious complications is not elucidated. The present study, however, clarified the importance of hospital characteristics, particularly the disease category of inpatients, for evaluating the prevalence of undernutrition by comparing 3 different classes of hospitals. Moreover, 4 measures used for the nutritional assessment are simple and easily accessible even in the developing countries. Conclusively, I contend that the characteristics of hospitals should be taken into consideration when analyzing the nutritional status of pediatric inpatients and planning a further nutritional intervention.