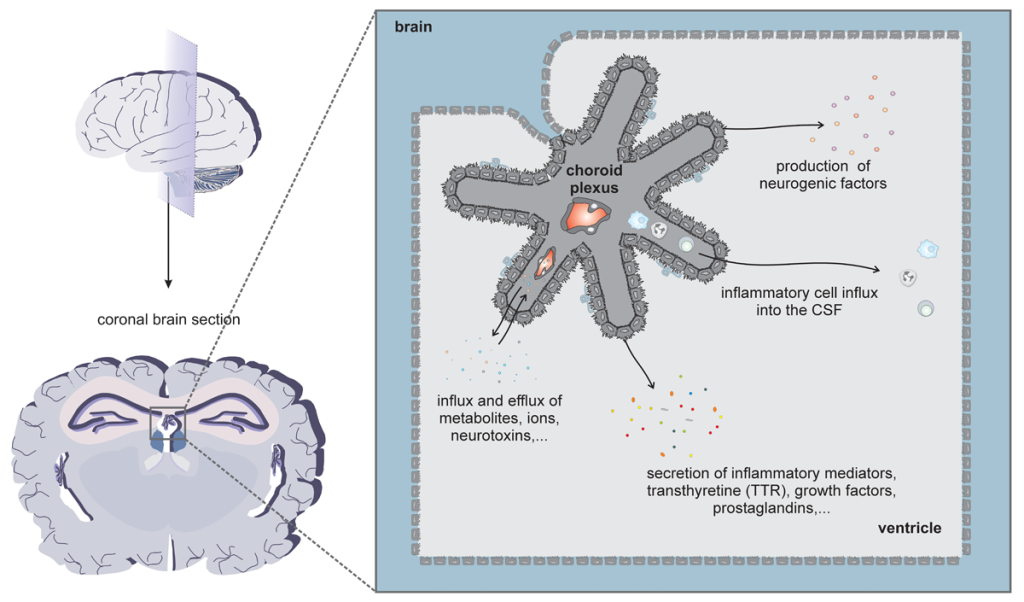 Fig. 1. The choroid plexus hangs inside the with cerebrospinal fluid (CSF) filled brain ventricles and plays an crucial role in maintaining brain homeostasis, via both CSF secretion and barrier formation.

Importantly, further research is needed to unravel the mechanisms at the choroid plexus which might play a detrimental role in the development of neuropsychiatric diseases and this might open up new therapeutic avenues to treat these diseases.