Diabetes mellitus is a metabolic disorder characterized by high blood glucose (or hyperglycaemia) resulting from defects in insulin secretion from the pancreatic beta cells, insulin action, or both. The chronic hyperglycaemia produces disturbances of carbohydrate, fat and protein metabolism leading to long-term damage, dysfunction, and failure of various organs, especially the eyes, kidneys, nerves, heart, and blood vessels. Accordingly, diabetes is one of the main cardiovascular risk factors, and its associated vascular complications are divided into macrovascular (due to damage to larger blood vessels) and microvascular (due to damage to small blood vessels).

Now, many of the chal­lenges are to find out the mechanisms linking between diabetes and cardiovascular disease, new mediators and biomarkers to generate new management strategies for prevention and therapy. In this regard, the recent studies showed that elevated levels of cell-derived microparticles (MPs) identified in diabetic patients can predict cardiovascular outcome. In their lifetime, the cells subjected to different stimuli as physiological agonists, shear stress or apoptotic stimulation, release MPs, but this phenomenon is aggravated under pathological conditions such as inflammation or other cellular stress, which enhance MP production.

Accumulating evidence indicate that MPs are shed into circulating blood at low levels under physiological conditions and at higher levels in a large number of pathological states including cardiovascular and metabolic disorders. Once released into circulation, MPs bind and fuse with their target cells through receptor–ligand interactions, thereby acting as biological vectors mediating cardiovascular disorders in diabetes by directly transferring their contents. MPs contain biological materials selectively assimilated from their parental cell, which consist of bioactive lipids, cell surface proteins including receptors, genetic material (mRNA, microRNAs (miRNAs), transcription factors, and even DNA). 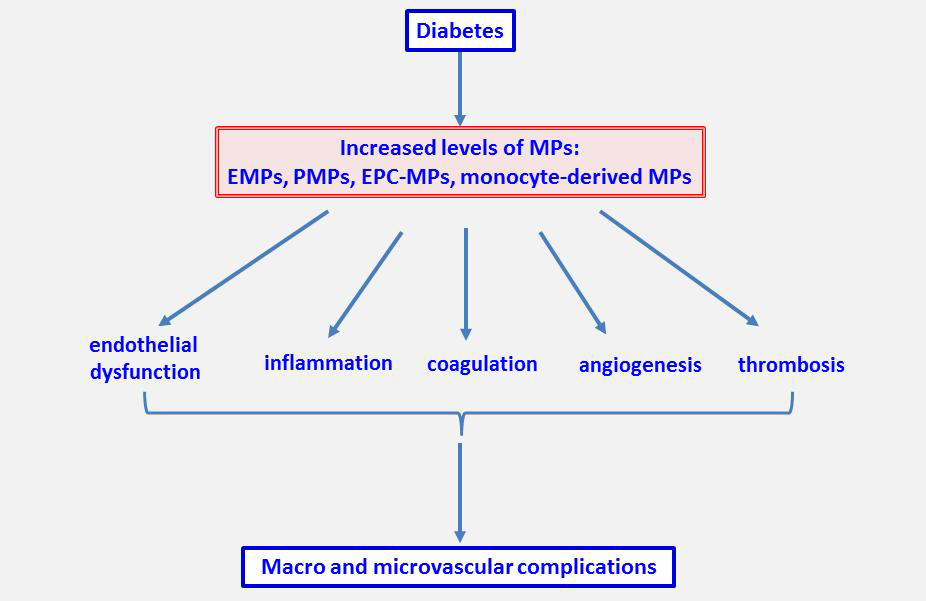 Fig. 1. Complex functions of MPs in diabetes: enhanced levels of MPs contribute to development of micro and macrovascular complications.

As we discussed above, MP generation is a tightly regulated and selective process, and by the transfer of their biomolecules, especially miRNAs, may be important mediators of cell-to-cell communication, playing an important role in the regulation of biological processes involved in the cardiovascular complications in diabetes. Thus, MPs have a key role in intercellular communication and represent a delivery mechanism for efficient and effective transfer of biological information in target cells. They act as vectors of biological messages modulating coagulation, endothelial dysfunction, inflammation, and angiogenesis, which are essential in the development of diabetic vascular complications. Consequently, MPs are involved in the progression of macro and microvascular complications in diabetes, and the differential risk of MPs on macroangiopathy (cerebrovascular disease, coronary artery disease, peripheral artery disease) and microangiopathy (retinopathy, nephropathy, peripheral neuropathy) in patients with diabetes has been evaluated in several scientific studies. Figure 1 indicates the pathological role of MPs in the development of vascular complications in diabetes.

These putative abilities of MPs may give scientists ideas to develop new research strategies to demonstrate and consolidate their clinical relevance. In the near future, MPs may serve as clinical diagnostic biomarkers and delivery vehicles for new therapy in the vascular complications in diabetes and other pathological states. Also, MPs can become pharmacological targets to prevent and treat diabetes-related cardiovascular complications.

It is currently hoped that addressing MPs as targets for diagnostic and therapy in diabetes will favorably modify the risk for cardiovascular complications and survival.