Alzheimer’s disease (AD) is an age-related neurological disorder which impairs learning, memory, and cognition. Gradual accumulation of amyloid beta protein (Aβ) is one of the hallmark pathologies of this disease. Early detection of the presence of Aβ in AD brain has become increasingly more important as new treatments that appear to slow the progression of this disease are developed. Current histochemical detection of Aβ palques is solely dependent upon Aβ-specific antibodies, which are costly and the process of using them to label plaques are time consuming. In this context, detection of Aβ plaques by labeling them with curcumin (Cur) provides a simple, easy, inexpensive and alternative means of processing in post-mortem brain tissue of AD. In addition, because of its intense fluorescent activity, high-affinity, and specificity for Aβ (similar to the Aβ antibody), as well as structural similarities with traditional amyloid binding dyes, Cur is a promising candidate for labeling and live imaging of Aβ plaques in the brains of AD patients. Using Aβ-specific antibody (6E10 and A11), we confirmed that Cur co-localized almost completely with Aβ antibodies. In addition, Cur also labeled intracellular Aβ-aggregates, and labeled different types of Aβ-plaques, including core, neuritic, diffuse and burned-out types of plaques. Our finding confirmed the high affinity of Cur to Aβ, reinforcing the potential use for monitoring Aβ-plaques in post-mortem brain and in living tissues. Recently, Cur derivatives have also been used as potential positron emission tomographic (PET) probes for amyloid imaging and for retinal scans to detect Aβ in animals and humans.

Because of its lipophilic nature, Cur provides greater solubility and fluorescent activity in lipid or hydrophobic environments and the hydrophobic nature within the core of Aβ-plaques makes it easier to interact with Cur, producing intense fluorescent activity. Therefore, a lipidated formula, such as those found with solid lipid particles conjugated with Cur (SLCP), show greater binding to Aβ plaques than natural Cur. We compared the labeling and imaging capability of dietary Cur, SLCP, and other traditional amyloid binding dyes with Aβ-specific antibody on post-mortem brain tissue from 5xFAD mice and found that the number of Aβ-plaques labeled by traditional amyloid dyes, such as Congo red (CR) and Thio-S, were significantly less as those detected by dietary Cur, SLCP, and the antibody to Aβ, suggesting that these classical anti-amyloid compounds have less affinity for binding to Aβ plaques than Cur or SLCP.

To date, several well-characterized dyes, compounds, and antibodies are available for detecting Aβ plaques, but these are much more expensive than Cur. Moreover, detection of Aβ-plaques using these conventional antibodies is time consuming, and requires several accessory chemicals. Aβ-plaque labelling by Cur is very simple and rapid and represents a relatively inexpensive method, which produces high fluorescent intensity when it binds to Aβ-plaques. Moreover, fluorescent activity of Cur is very stable, with no extra care needed, requiring minimal amounts (nanomolar level) to label Aβ-plaques, and is very specific to different species of Aβ, including oligomers and fibrils, as is the case with Aβ-antibodies, but not by many of the other traditional anti-amyloid labeling dyes. 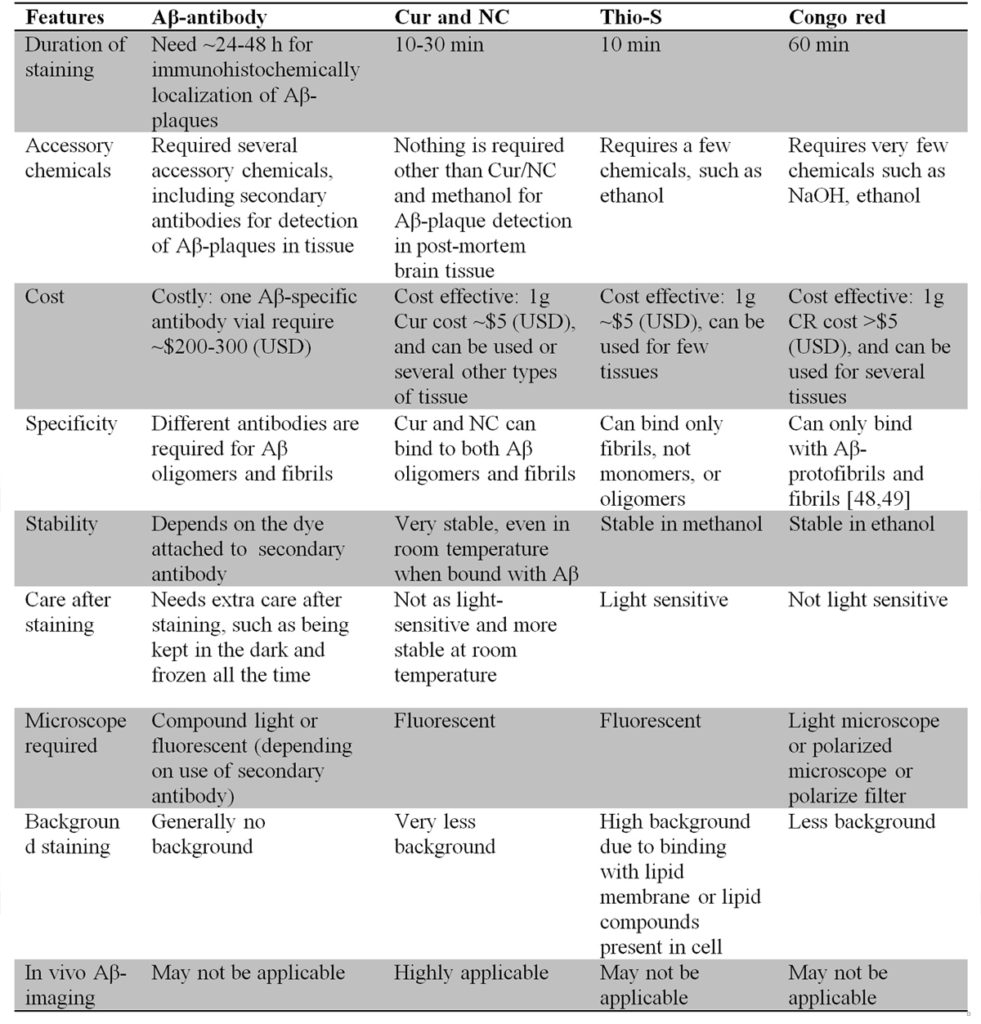 Tab. 1. Comparisons of use of Cur, SLCP, Thio-S and CR for labeling and imaging Aβ plaques relative to Aβ-specific antibody.

Conclusion
Curcumin is an ideal fluorophore and possess the requisite profile for labeling and imaging of Aβ plaques in AD brain tissue. It can be used as an alternative to Aβ-specific antibody for labeling and imaging of Aβ-plaques ex-vivo and in vivo. It can provide an easy and inexpensive means of detecting Aβ-plaque load in post-mortem brain tissue in animal models of AD.