Several new methods have been developed in these two decades in nuclear magnetic resonance (NMR) spectroscopy, which make us accessible to weak signals hitherto unmanageable because of the low sensitivity. Among them, spin-exchange optical pumping (SEOP) can enhance the NMR signal of noble gas nuclei such as 3He and 129Xe up to theoretically 106-fold compared to that attainable under thermal equilibrium. As a result, gas-phase magnetic resonance imaging (MRI) has become feasible making use of these nuclei: the dawn of hyperpolarized noble gas MRI, which offers a new diagnostic tool in medical imaging modality. 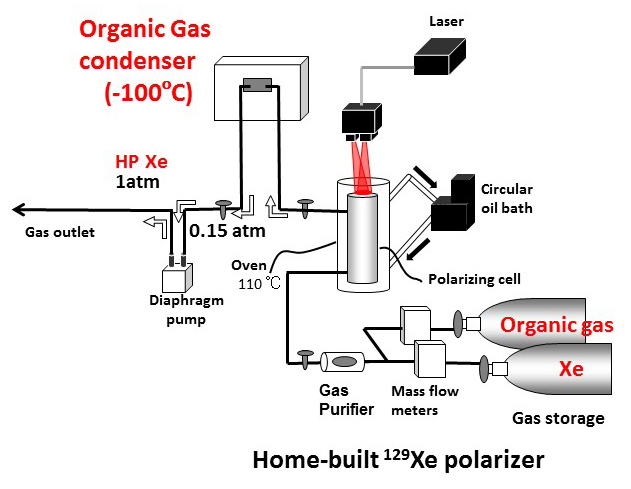 Fig. 1. Hyperpolarizing unit making use of an organic gas.

In the SEOP of 129Xe indirect polarization is adopted usually, different from the direct polarization in case of 3He: Rb vapor is used catalytically and electron spins in Rb are first polarized by the laser, and then the polarization is transferred to the 129Xe nucleus. In this case it is also usual to add inorganic gases of nitrogen and helium so that the hyperpolarization proceeds efficiently. Here, nitrogen acts as a so-called quenching gas that prevents re-radiation of the absorbed laser energy, and helium does as a buffer gas that promotes efficient absorption of laser power by utilizing the pressure broadening in optical absorption profile. At present, however, there is still room for improving production methods of hyperpolarized xenon (HP Xe) because the sensitivity pertinent to 129Xe is much lower than that of 3He.

Recently, we have published a first application of our new SEOP method where an organic gas of isobutene, (CH3)2C=CH2, with a boiling point (bp.) of -6.9 ℃ and a melting point of -140 ℃ was used as a quenching gas. Furthermore, a low polarizing pressure of 0.15 kPa was adopted for an efficient polarization devoid of the buffer gas. The organic gas was continuously removed by condensation at a low temperature of -100 ℃ just after the polarization by laser thanks to its bp. much higher than that of Xe (-108 ℃). Thus, HP gas has become accessible for the on-line measurement free from any gases premixed (Fig. 1), making it unnecessary to separate Xe from a gas mixture by freeze-pump-thaw cycle and re-evaporation that follows. Our method can avoid extra signal reduction by spin depolarizations that inevitably occur in this separation process whose extent changes unexpectedly depending on the details of operation. Such an on-line measurement assures us the stability as well as reproducibility in signal strength on repeated runs and is very suited for biomedical animal studies.

Signal strength of HP Xe directly supplied from a hyperpolarizing unit reflects the absolute polarization of 129Xe nucleus multiplied by the volume fraction of xenon gas. This factor may be denoted as Papp, apparent polarization. In our study, the Papp was enhanced three-fold up to 21 % in the on-line measurement by using isobutene instead of N2. 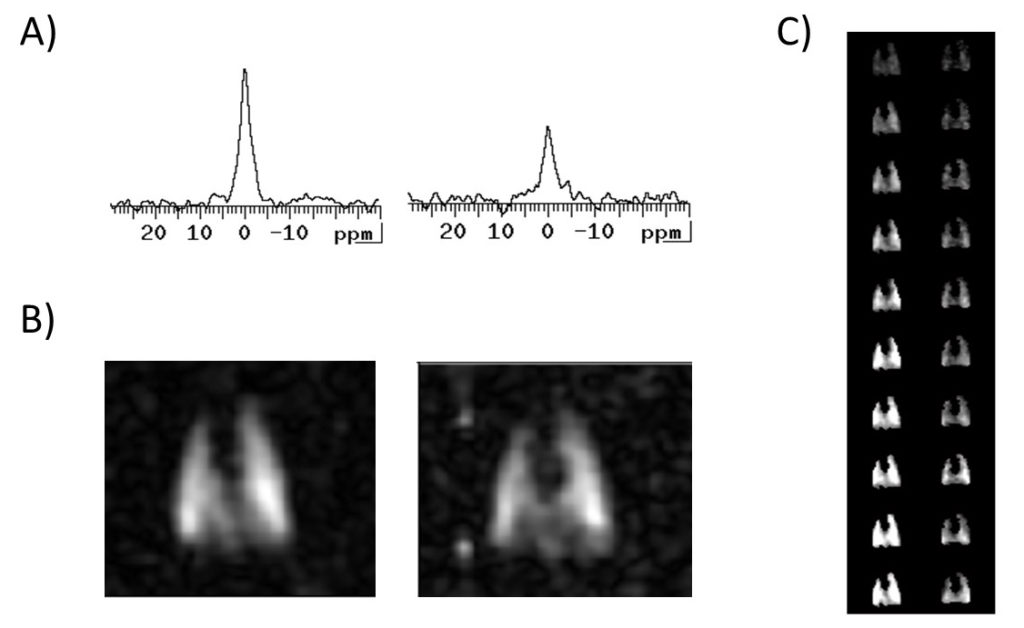 Fig. 2. Improvement in MRI signals in the ra measurements of a healthy mouse by using isobutene (left) compared to N2 (right). Lungs spectra (A) and images (B) at the eighth breath cycle, and the multiple ventilation images(C).

Usefulness of our HP Xe MRI for future preclinical studies has been verified by the application to pulmonary functional imaging with spontaneously breathing mice, where the neat HP gas is continuously delivered from the hyperpolarizing unit to mice. The parameters of fractional ventilation, ra, and gas-exchange, fD, were evaluated successfully (Fig. 2): they were well in conformity with those evaluated from the similar experiments using N2, supporting no extra physiological effects in our new method. The new methodology would be beneficial especially in lung functional imaging of diseased mice with severe ventilation defects that suffer lower concentration of fresh gas in alveoli. This is the first application of an organic agent, isobutene, as a quenching gas for HP Xe MRI, and the potential utility of our method has been proved for future preclinical applications.