Another beneficial role for insulin in the brain: keeping the brain immune responses in check

Brain disease is an umbrella term, which is used to describe a broad variety of diseases ranging from epilepsy to Alzheimer’s disease to multiple sclerosis and everything in between. Brain diseases differ from each other at the cellular level, and different symptoms are associated with each disease. There are, however, two features that are common to most forms of brain disease.

The first feature is chronic inflammation in the brain (neuroinflammation). Neuroinflammation is a beneficial and necessary process, by which glia, the helper cells of the brain, become activated to fight off intruders, such as bacteria and viruses, or even to combat our own cells when they misbehave and turn into tumor cells. Once the glia have removed the harmful substance, the brain returns to a healthy and balanced, or so called homeostatic state. In normal non-diseased brains, neuroinflammation stops when the glia activator or trigger is removed. In brain disease however, the trigger cannot be successfully removed, and therefore the neuroinflammation continues. This is termed chronic neuroinflammation and it has several detrimental consequences. Glia that are chronically activated secrete inflammatory mediators and other substances that are damaging to nearby cells, including neurons, the main cells of the brain. The death of neurons is the second feature that is common to many forms of brain disease. Neurons are responsible for patterns of thought, emotions, memory, and regulate functions such as breathing and balance. So when neurons die, there are a number of negative consequences. These negative effects of chronic neuroinflammation and death of neurons show up as a variety of different brain diseases depending on the area of the brain and the subpopulations of cells affected.

We have made the exciting discovery, however, that one particular hormone may be able to combat both chronic neuroinflammation and death of neurons. That hormone is insulin. Insulin is primarily known for its role in regulating blood sugar (glucose) levels. However, it has recently come to light that insulin has important functions in the brain, such as promoting learning and memory. What we have discovered is that brain glial cells are capable of detecting and responding to insulin. We found that when glia are exposed to elevated concentrations of insulin in the presence of inflammation, the glia respond in two critical ways: firstly, the glia secrete lower amounts of inflammatory messengers, which results in a reduced inflammatory environment. Secondly, the glia that are exposed to insulin in the presence of inflammatory mediators protect the neurons from cell death. This is in contrast to glia that are exposed to inflammatory mediators in the absence of insulin, which cause death of nearby neurons. 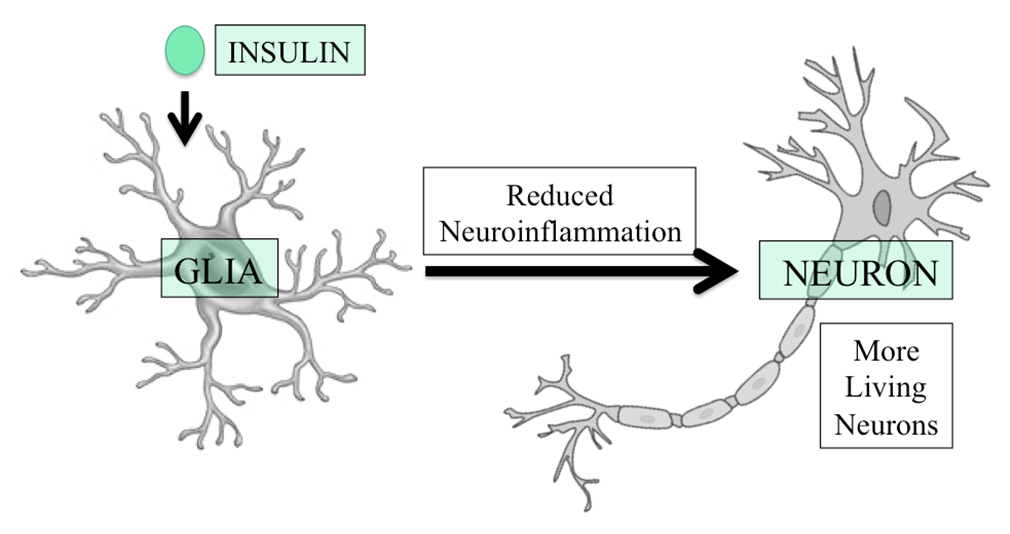 Fig. 1. Insulin protects the health of neurons by decreasing the damaging effects of inflammation caused by glia.

Therefore we have discovered that insulin plays a role in reducing neuroinflammation triggered by glia cells, and also decreases neuronal death induced by inflammation in the brain. Therefore, increasing the levels of insulin in the brain may be a viable treatment option for people suffering from brain disease involving chronic inflammation and death of neurons.

In fact there are currently clinical trials underway to test the use of insulin as a treatment option for Alzheimer’s disease, traumatic brain injury, Parkinson’s disease and multiple systems atrophy. Only time and more research will tell whether insulin proves to be the safe and effective treatment option for these brain diseases that so may people have been waiting and hoping for.