Our immune systems are designed to protect us from dangerous foreign invaders, like viruses, bacteria or parasites. However, sometimes we respond to usually harmless foreign materials, e.g. pollens or food, the results of which can be mild to life threatening. These are manifestations of a series of events collectively termed “allergy” from the Greek word “allos” (“other” or different) with “ergon” (activity). So when such a material (called an “antigen” or “allergen”) enters the body via any surface or passageway, we react as if a parasite had invaded us. At first, little is noticed, but the next time, you encounter that allergen, you may develop itching, hives, a runny nose, or even shortness of breath, as in anaphylaxis. In the latter extreme case, death could occur. 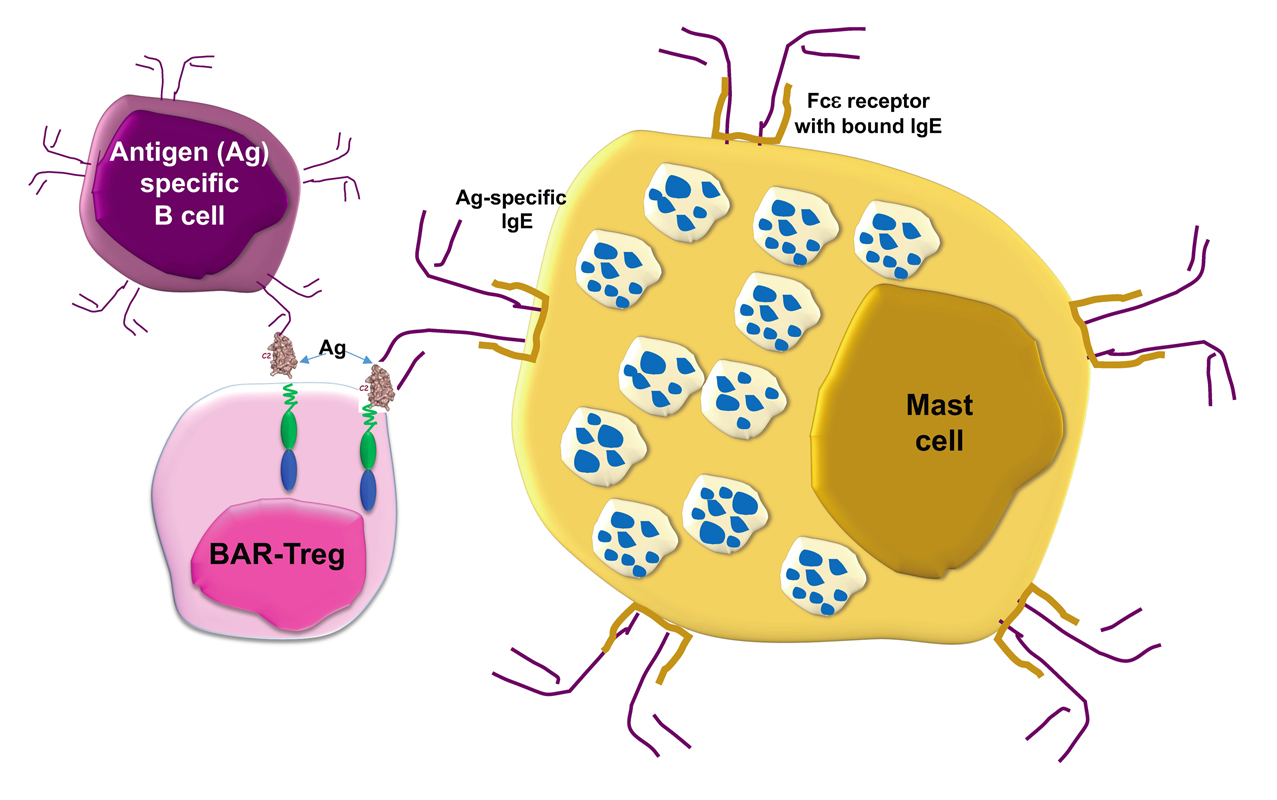 Fig. 1. Cartoon depicting the putative interactions between antigen (Ag)-expressing Treg with specific B cells or mast cells with bound IgE specific for that Ag. (Figure courtesy of Dr. Maha Abdeladhim)

Most allergies are due to the immune system making a type of antibody, called immunoglobulin E or IgE. IgE doesn’t neutralize the invader per se, but rather is captured by a specific type of blood and tissue cell called a mast cell. Mast cells have a receptor on their surface that loves to bind to IgE, any IgE. And mast cells are filled with granules containing many potent mediators, such as histamine, prostaglandins or leukotrienes, that are released when the IgE bound on the mast cells interacts with the specific inciting allergen. Boom! The granules are released into the circulation and you have various allergic symptoms, possibly anaphylaxis. Systemically in anaphylaxis, there may be a rapid drop in body temperature, which is one way to evaluate this strong allergic response.

The main treatment for allergies is symptomatic relief with anti-inflammatory drugs, which are non-specific. Specific ways to treat allergies are an unmet need. Our laboratory has focused on developing specific therapies to induce non-responsiveness, or immune “tolerance”, using a group of immune cells called T regulatory cell or Tregs. Their job is to limit and control adverse immune responses. We have previously engineered Treg cells to express what is called a CAR or chimeric antigen receptor, which have been utilized effectively in cancer therapy. Thus, we designed a CAR that would target the specific precursors of IgE secreting cells, the B cells, as well as the mast cells that have bound the same specificity IgE. We called these cells, BAR Tregs, for B-cell Antigen Receptor). Our hypothesis was that BAR Tregs that expressed the antigen of choice (in our case, an egg protein called ovalbumin) would be recognized by and interact with ovalbumin specific B-cells or mast cells bearing ovalbumin specific IgE. This would block the antibody response to ovalbumin and subsequent mast cell degranulation leading to anaphylaxis, which we measured by a drop in temperature (hypothermia).

We first immunized mice for a month with ovalbumin to induce an IgE response thus creating ovalbumin “allergic” mice. These mice were treated with ovalbumin-expressing or unrelated control Tregs and then “challenged” with the same antigen to induce anaphylaxis. Hypothermia was observed in control recipients, but these symptoms were blunted in mice that received ovalbumin BAR Tregs. This demonstrated a specific suppression of the allergic response in these mice.

Anaphylaxis can also be induced in non-immunized mice by injecting serum containing IgE, a process called “passive anaphylaxis”. In this case, the anti-ovalbumin IgE will bind to mast cells in the mouse and anaphylaxis can be induced by injecting a high dose of ovalbumin. When we injected ovalbumin-BAR Tregs into these passively immunized mice, hypothermia was again blocked. This suggests that the target of this therapy was the mast cell!

Our results provide proof of principle that engineered allergen-specific T-regulatory cells can provide clinical protection against severe allergic reactions in individuals already IgE-sensitized to an allergen.  We are expanding these studies to BAR Tregs engineered to express other allergens, such as peanut protein; we call these “peanut BARs”. Importantly, since patients often are allergic to several antigens, we need to determine whether the engineered Tregs will reduce symptomatic relief to multiple antigens; these experiments are in progress in research supported by the U.S. National Institutes of Health.