Coronary atherosclerosis is still the principal cause of morbidity and mortality in western countries, by inducing ischemia or infarction of the myocardium. Percutaneous treatment of atherosclerotic lesions is nowadays the most common form of treatment of such disease, and is based on the balloon dilatation followed by the implantation of one or multiple coronary stents. Yet, placement of these devices at direct contact with the blood flow can activate platelets leading to formation of thrombi, potentially occluding the coronary artery minutes, or even years, after stent implantation. Such an abrupt occlusion of the vessel would cause a novel acute myocardial infarction with a high mortality risk. For this reason a cocktail of two antiplatelet agents, called dual antiplatelet therapy (DAPT), is administered for a variable period of time after stent implantation. The optimal duration of this treatment is however not yet well established, and while maintaining therapy long-term can effectively prevent stents from clotting, this can significantly increase the risk of major bleeding, which can in some occasions be fatal (Fig. 1). Hence, it is widely accepted in the medical community that the duration of DAPT should be personalized based on the patients characteristics, identifying factors that put each patient at a higher risk of developing ischemic or bleeding complications. In support of this unmet need, a simple, objective, tool helping informing DAPT decision-making after stenting was desirable. 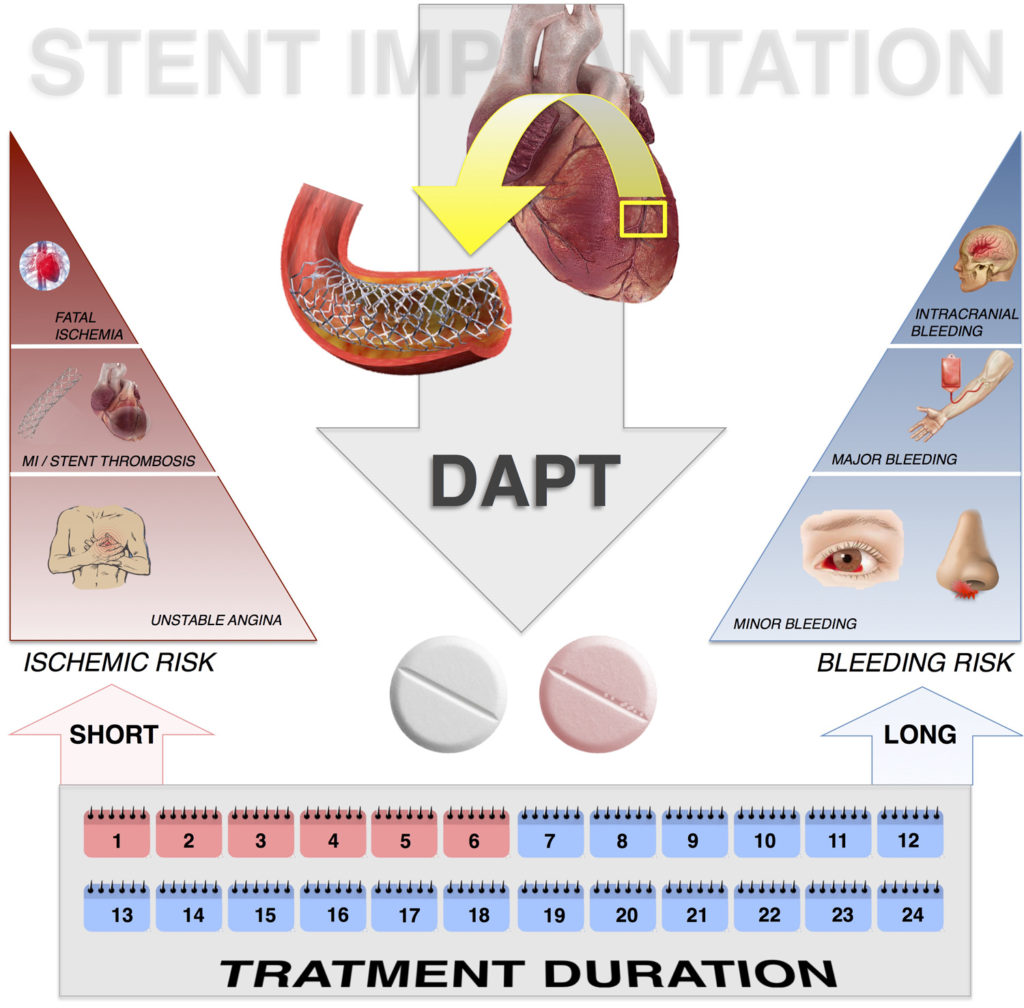 With this idea in mind, we pooled data from 8 large multicenter clinical trials, collecting a total of 14,963 patients treated with DAPT after coronary stenting. We identified the main independent predictors of out-of-hospital bleeding and, based on their individual importance, we created a numerical risk score adding points based on the number and the quality of each risk factor. The final risk score, that we called PRECISE-DAPT, ultimately included 5 factors: patient’s age, hemoglobin value, leukocyte count, renal function and the presence of a prior history of significant bleeding requiring medical attention. The score that ranges from 1 to 100 was divided into quartiles, and the highest quartile corresponding to 25 points or more was considered at high bleeding risk. We tested the predictive performance of the score in two different and independent datasets showing a moderate to good predictive ability towards bleeding events. Most importantly, we tested the ability of the score to inform treatment duration among patients that have been previously treated with a short course of DAPT for 3/6 months, or with a long course of DAPT for 12/24 months. We have found that in patients with a high score (25 or more), a longer treatment caused a significant increase of bleeding without resulting in any benefit in preventing ischemia. By contrast, those without an elevated score (less than 25) obtained a significant benefit from a longer treatment with DAPT, without suffering an excess of bleeding complications during follow-up (Fig. 2). 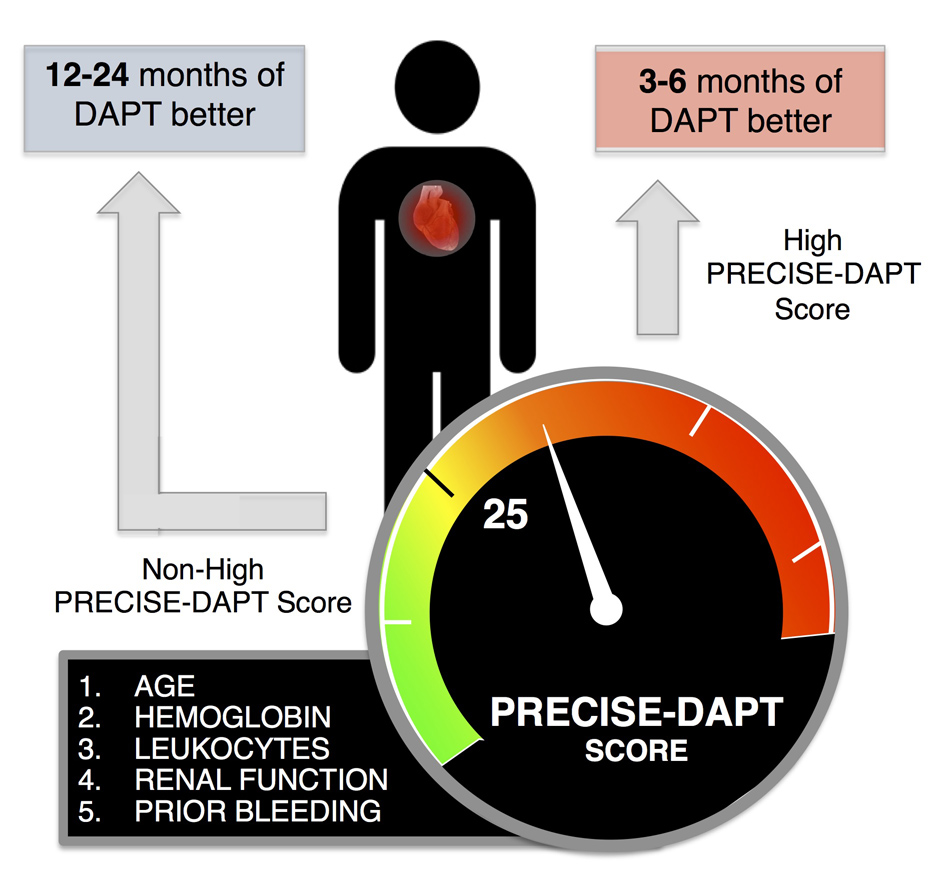 Our findings suggest that the PRECISE-DAPT score, a simple algorithm including 5 readily available clinical factors, can aid prediction of out-of-hospital bleeding in patients treated with DAPT. This tool may help clinicians in identifying those patients benefitting from a longer treatment with DAPT, and those harmed from such strategy, hence better suited for a short treatment course.