Sponges are second dominant to corals in terms of biomass in many coral reef ecosystems. They play a significant role in maintaining the health of reef ecosystems through processing of waste generated in the system by continuous circulation of water and also providing a breeding and nursery ground for many other inhabitants. Sponges are reported to be dominant in many reef ecosystems where the coral cover is reduced due to oxidative stresses associated with global warming. Recent studies attributed this dominance of sponges to their different microbiome compared to corals. A significant volume of sponge tissue are contributed by microorganisms (i.e. 35 – 60 %), and their diversity varies among sponges of different species and function. Our recent study published in Applied Biochemistry and Biotechnology discussed the role of associated microorganisms in the production of melanin that gives a dark color to many sponges. Also, we discussed the antioxidant potentials of bacterial melanin and their efficiency in protecting animal cells from UV induced phototoxicities. 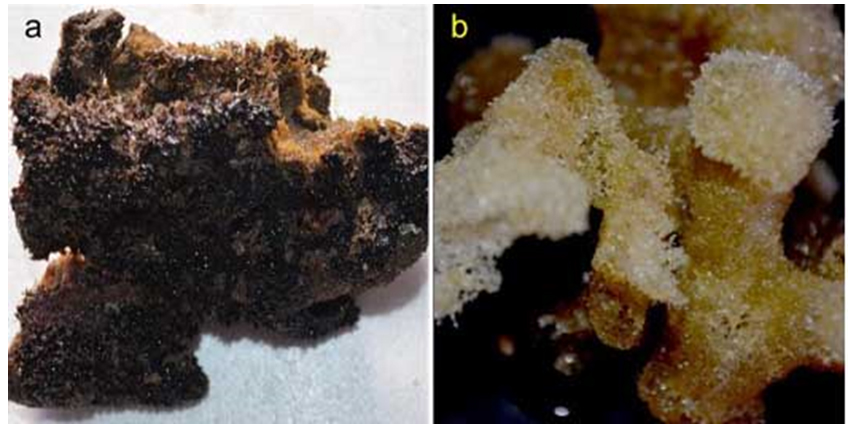 Fig. 1. Photomicrograph of sponge tissue before (a) and after (b) the extraction of melanin.

Melanin is a complex biological pigment found in all forms of life from bacteria to mammals. In Humans, it gives a dark color to the skin and renders protection from UV rays. In bacteria, they act multiple roles such as a virulence factor or an electron acceptor for dissimilatory metal reduction. Although many sponges are dark in color, the presence of melanin-producing cells (i.e melanocytes) is not reported from them. The sponge tissue becomes colorless after the extraction of melanin (Fig. 1). We isolated 22 melanin producing bacteria (MPB) from five different species of darkly pigmented sponges. This MPB were identified as members of Vibrio spp, Providencia sp., Bacillus sp, Shewanella sp., Staphylococcus sp., Planococcus sp., Salinococcus sp. and Glutamicibacter sp. These bacteria secrete melanin into the culture medium as small particles, which could be separated by centrifugation and can be extracted using alkali – acid hydrolysis. 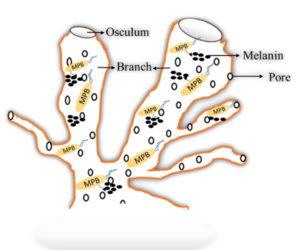 Fig. 2. Schematic representation of the interaction of melanin producing bacteria with sponge.

The FT-IR spectral analysis showed a similarity between the melanin extracted from sponge tissue and MPB. It is possible that the melanin secreted by the associated MPB may diffuse into the tissue of sponge giving a dark color (Fig. 2). Further studies indicated that these bacterial melanin are non-cytotoxic to animal cells (L929 mouse fibroblast cells) and brine shrimp up to a concentration of 200 and 500 ppm respectively. The bacterial melanin showed antioxidant activity (ABTS radical scavenging activity) at a very low concentration (IC50– 9.0 ppm) and protected animal cells from UV-induced intracellular reactive oxygen stress at 50 ppm. Our study proposed the possible role of the non-cytotoxic melanin secreted by associated bacteria in protecting sponge tissue from oxidative stresses. The report also proposed sponge-associated bacteria as a potential source of non-cytotoxic melanin with radical scavenging and UV protection properties for potential biomedical applications.