The bovine dairy industry is mainly supplied by conventional dairy herds. Milk and derivate dairy products are rigorously evaluated and processed in accordance with the biosecurity standard norms. The ultimate aim is to obtain a “Farm-to-Table” food system biosecurity. In other hand, in several worldwide regions milk are produced by cows in pastures (Fig. 1). This system production can improve the animal welfare without significant environmental adverse influence. 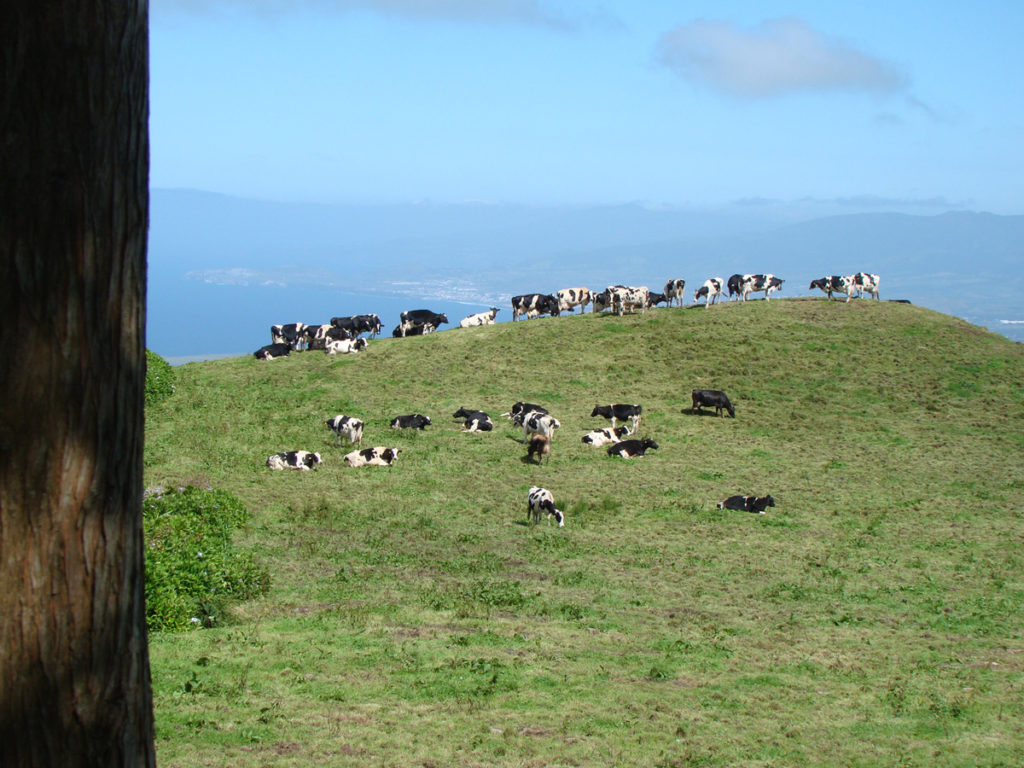 In this study, we aimed to evaluate the degree of raw milk contamination by some contagious and environmental mastitis pathogens in the bulk tank from herds located at Azorean pastures and identified milking practices that help to decrease it. After a preliminary screening of 345 dairy herds housing about 12,000 producing cows (July 2014), i.e. 23 % of total adults cows in the S. Miguel Island, the milk of 100 herds were sampled; and a survey concerning milking practices were performed. All raw milk samples were tested by the bacterial presence or absence using a very sensitive method, denominated semi quantitative multiplex polymerase chain reaction test.

Coagulase-negative staphylococci, classified as environmental bacteria, were observed in all milk samples. However, there are normally considered minor pathogens.  Escherichia coli, Staphylococcus aureus, and other coliform bacteria (Klebsiella oxytoca, Klebsiella pneumoniae, and Serratia marcescens) were detected 75, 59, and 35 % of raw milk samples, respectively. In overall, these finding are in agreement with the observed in other several worldwide regions.

The number of bulk tank containing raw milk with the S. aureus presence, a major contagious bacteria  present in mastitic cows, can decrease if a high hygiene during milking, including hot water use for clean and disinfection of milking machine and milking mastitic cows at the end were effectively implemented in these herds. The decrease contamination of raw milk by coliform bacteria also can occurs if glove use by farmers during milking cows and clean machines with hot water are considered.