Non-steroidal anti-inflammatory drugs (NSAIDs) are taken to treat pain and inflammation, and are the most frequently taken over the counter drug type taken worldwide. They work by inhibiting cyclooxygenase (COX) enzymes, whose products are used by other enzymes to biosynthesise a range of prostanoids. However, the NSAIDs also inhibit COX1, a key enzyme that is present in all cells in the body.  Inhibition of COX1 leads to one of the major side effects of NSAIDs, gastric bleeding, and for this reason new COX-1 sparing drugs were created such as celecoxib. For people having to take NSAIDs on a daily basis this was an important development, but unfortunately these drugs were later found to have cardiovascular complications, furthermore, the chances of having a myocardial infarction following other NSAIDs such as diclofenac were also found to be increased. Much research followed to find out whether the cardiovascular side effects were due to the inhibition of COX1 or COX2. While on-target effects of NSAIDs are the likely to be the major cause of side effects, we investigated whether NSAIDs could also have off-target effects. 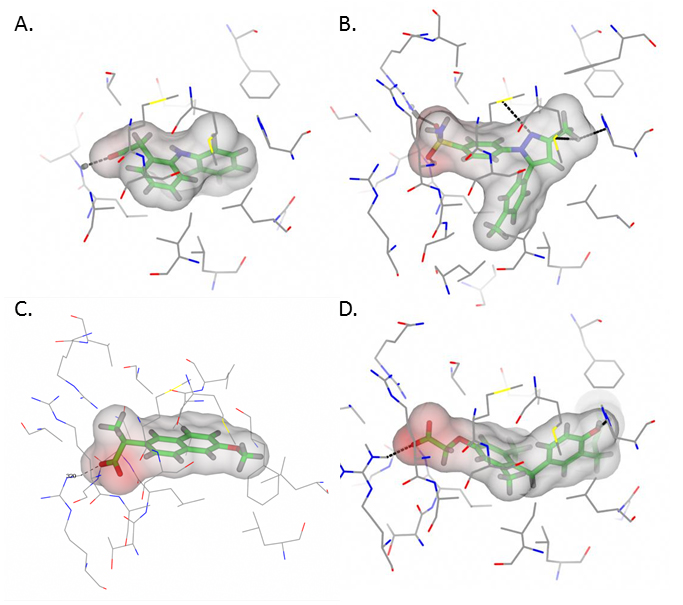 Using computational chemistry methods, we took the structures of diclofenac, celecoxib and naproxen and investigated whether they could theoretically bind to important nuclear receptors. We chose diclofenac since it binds to both COX1 and COX2, whereas celecoxib is specific for COX2; both of these have cardiovascular side effects. We used naproxen since it can bind to both COX1 and COX2 and is considered relatively cardio-sparing (i.e. safer than the other two drugs). Nuclear receptors are of interest, since they have long term impact on how cells function, and small changes in the way in which these receptors signal lead to really big functional changes in the whole body. 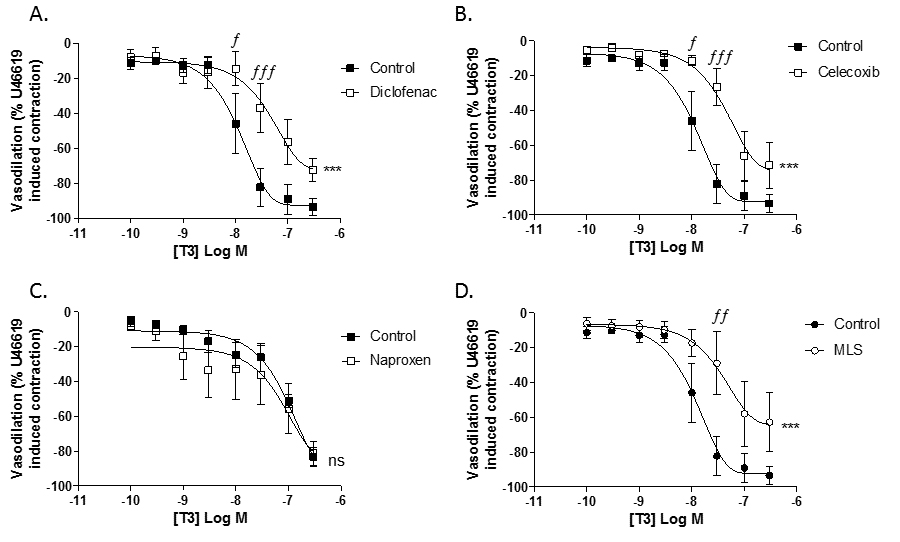 Fig. 2. L-Triiodothyronine (T3) induced vasodilation in the presence of NSAIDs. Arteries were incubated with A. 10−5Mdiclofenac, B. 10−5Mcelecoxib, C. 10−5Mnaproxen and D. 10−5M MLS (thyroid hormone receptor antagonist); following 30min arteries were pre-contracted with EC80 U46619 (3 × 10−7 M) and dilation to T3 determined. Data is presented as mean ±SEM, and significance is represented as ***p= b0.001 by two way ANOVA and significance compared to control at each concentration by Bonferroni post hoc test f=p