Can SEM/EDX analysis be useful in prosecution of medical malpractice?

Forgetting surgical gauzes within a patient’s body after surgery is a serious matter but also sadly known to the newspapers. The retained gauzes may cause severe inflammatory reactions and numerous complications up to death; exceptionally, they can remain asymptomatic for many years and be discovered by chance. This is what happened to a heart-sick woman who at 39 years old underwent double valve replacement and tricuspid plastic surgery. Fourteen years after the first surgery, a new valve replacement was successfully performed in another hospital. However, during the hospitalization, the woman suddenly died due to massive bleeding from her mouth. An autopsy was performed to clarify the cause of death. 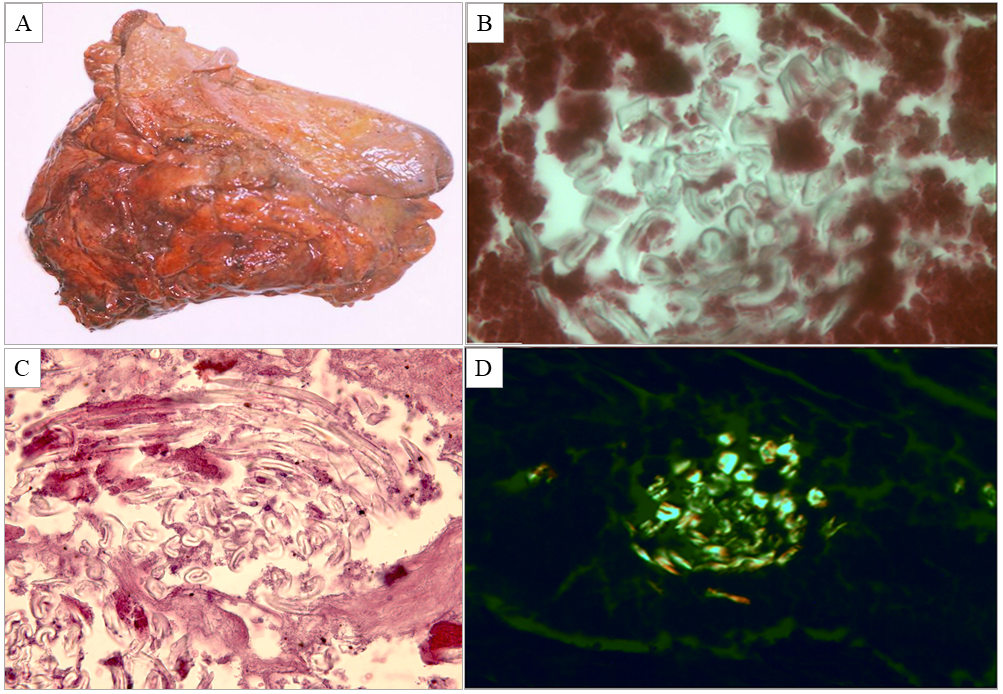 Fig. 1. In A, macroscopic anterior view of the mediastinal foreign body, without signs of active acute and subacute inflammation. Following, microscopic preparations with evidence of foreign material identified as residues of surgical gauze: in B, Masson’s trichrome staining (400x), in C, Hematoxylin and eosin staining (200x) and in D observation in polarized light with clear birefringence.

Upon dissection, the stomach showed a bleeding ulcerated area. Moreover, we observed a roundish foreign body of 5 cm in size in the mediastinum, closely with the base of the left lung and the pericardium. It was consisted of fibrous and yellow-pinkish material, identified as residues of surgical gauzes (Fig. 1). Inside of it, we did not observed neither purulent material, nor abscess formation. On the basis of the autopsy findings, we attributed the woman’s death to an acute gastric ulcer bleeding. However, the retention of surgical gauzes within a patient’s body raises issues of medical malpractice. Legal consequences for the involved physicians usually are financial compensation, disciplinary measures by the Professional Order, accusation of Personal Injury and even negligent homicide. For this reason, we firstly investigated the role of the foreign body in the woman’s death by means of histological examination. We observed the presence of birefringent material (gauze), without any sign of acute and subacute inflammation (Fig. 1). Therefore, we concluded that the woman died regardless of the retained surgical gauzes. Subsequently it was our duty to trace back to the hospital responsible for this oversight. On our instructions, the investigating magistrate seized a surgical gauze sample from the heart surgery department of the second hospital. The purpose was to carry out a comparative analysis with the residues of gauze found within the woman’s chest.

We performed a Scanning Electron Microscopy with Energy-Dispersive X-ray (SEM/EDX) analysis, which is able to provide a 3-dimensional view of the analyzed samples. It is an analytical method that uses a (primary) electron beam, generated by a source, to hit the sample to be analyzed. When it happens, the sample emits other electrons in return (secondary electron), which are capable of generating different electrical signals that are transmitted on a screen and provide a very high-resolution image (Fig. 2). The comparative analysis carried out with SEM/EDX clearly highlighted different morphological characteristics between the two analyzed samples: the residues of surgical gauze found within the woman’s body were composed of both synthetic and cotton fibers, while the surgical gauze seized from the hospital were composed solely of cotton fibers. The latter remained unaltered, unlike the synthetic ones that appeared deformed  by the heat generated by the electron beam (Fig. 2). 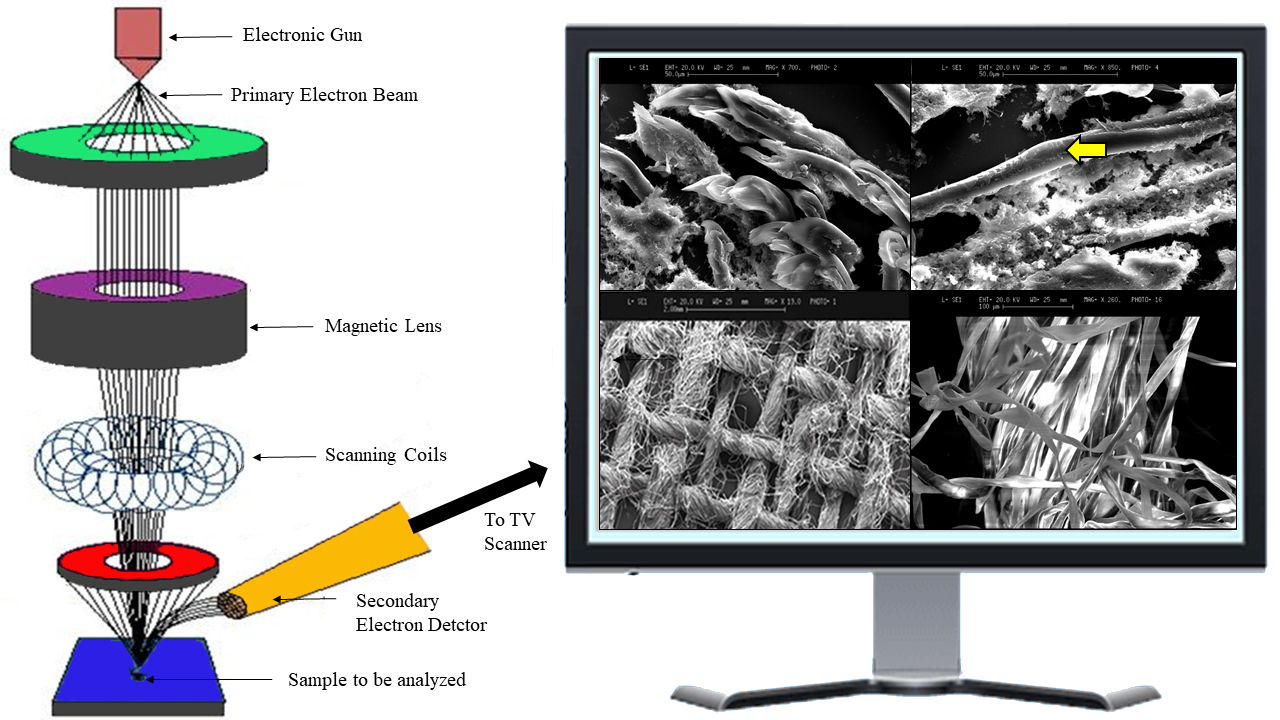 These findings led to twofold consequences: firstly the lack of responsibility of the second hospital and secondly, the attribution of medical malpractice to the first surgery that had taken place 14 years earlier. However, the prosecution of medical malpractice concerned only the surgical forgetfulness and not the patient’s death, which occurred for reasons other than the foreign body. Yet its presence within the woman’s body for 14 years was the result of a surgical mistake that can be compensated according to the parameters of the law. Therefore, the SEM/EDX analysis proved to be fundamental for shedding some light on this thorny case of medical malpractice.