The cerebellum (“little brain”) is a part of the brain that is located in the back of the skull, dorsally to the brain stem, below the cerebrum, and above the spinal cord. The cerebellum consists of two lobes or hemispheres that are connected by a midline structure known as the vermis which resembles a worm. Although the cerebellum accounts only for about 10% of the weight and volume of the entire brain, it contains about 50 billion granule cells that represent about 75% of the total number of neurons in the brain and is connected with almost all other regions within the brain. Therefore, the cerebellum plays an important role in many functions of the brain including motor control, cognitive functions such as attention and language, and behavior such as regulation of feat and pleasure responses. The development of the cerebellum is a highly complex and prolonged process that starts in the early embryonic period and lasts into the first postnatal years. The protracted duration of the development makes the cerebellum vulnerable to a wide range of disruptions. Cerebellar disruptions refer to events that typically occur during the prenatal life and impair, interfere and subsequently alter the normal development of the cerebellum. There are many potential causes of cerebellar disruptions including focal bleeding, ischemia, or infection. A wide spectrum of congenital morphological cerebellar abnormalities may be seen, which depend on the timing and nature of the disruptive event in relation to the gestational age. 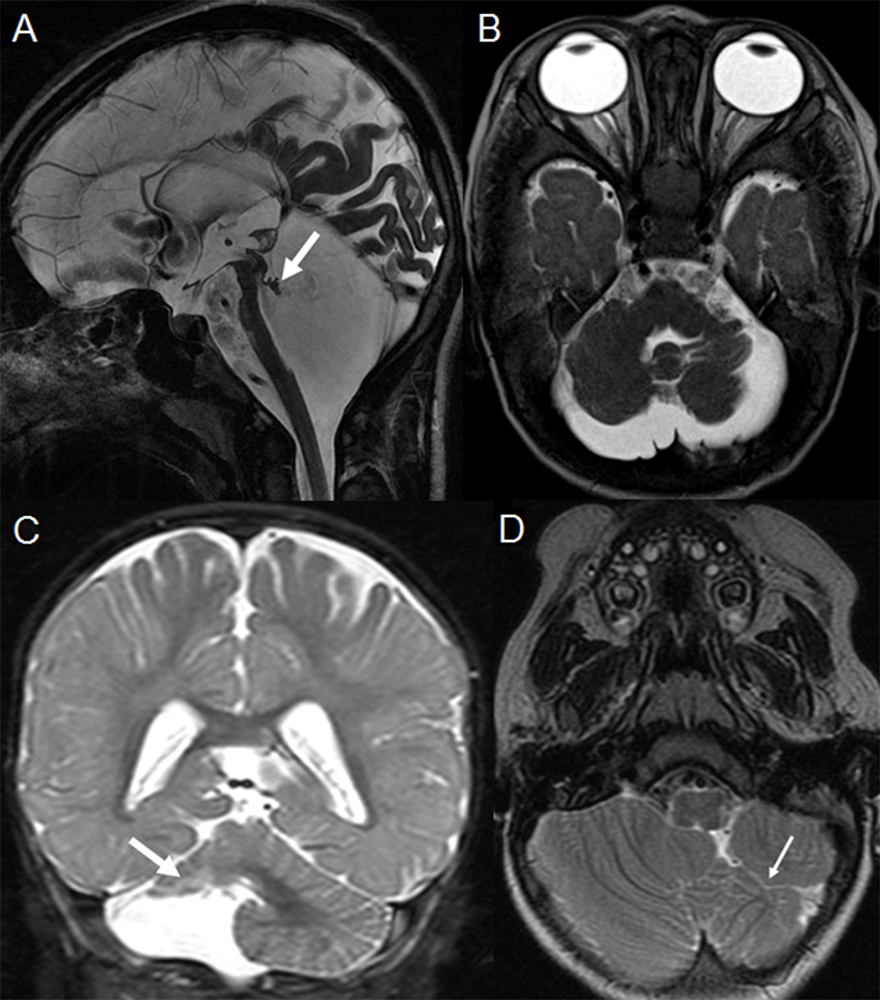 Children with prenatal cerebellar disruptions may present with motor, cognitive, and language impairments, as well as socialization and behavioral difficulties. Motor impairments include balance issues, gait abnormality, lack of coordination, imprecise and slow movements difficulty with eye movements, and impairment with proper speech (articulation difficulties). Cognitive impairments refer to deficits of executive functions such as problems with planning, set-shifting, abstract reasoning, verbal fluency, and working memory, as well as spatial cognition. In addition, distractibility and impaired attention are common. Behavioral difficulties may result in personality disorders causing blunting of affect or disinhibited and inappropriate behavior.