Chronic cough causes a severe burden on an individual’s quality of life. Habit cough is a chronic functional cough, meaning it has no physical basis. Habit cough is identified as an involuntary daily repetitive dry cough that is absent during sleep. The coughing can be as often as every few minutes or every few seconds. It can continue for weeks, months, and even years. Successful treatment was first described by Dr. Bernard Berman, who first published the description and treatment of habit cough in children by “the art of suggestion” in 1966. Children with habit cough were seen by me or my colleagues at the University of Iowa pediatric pulmonary clinic an average of 7 times every year. A 15-minute session of suggestion therapy was successful in stopping the cough in 95% of those children coughing when seen. Suggestion therapy involves demonstrating to the individual with habit cough that they can control their cough, sometimes quickly, sometimes with several days of practice. 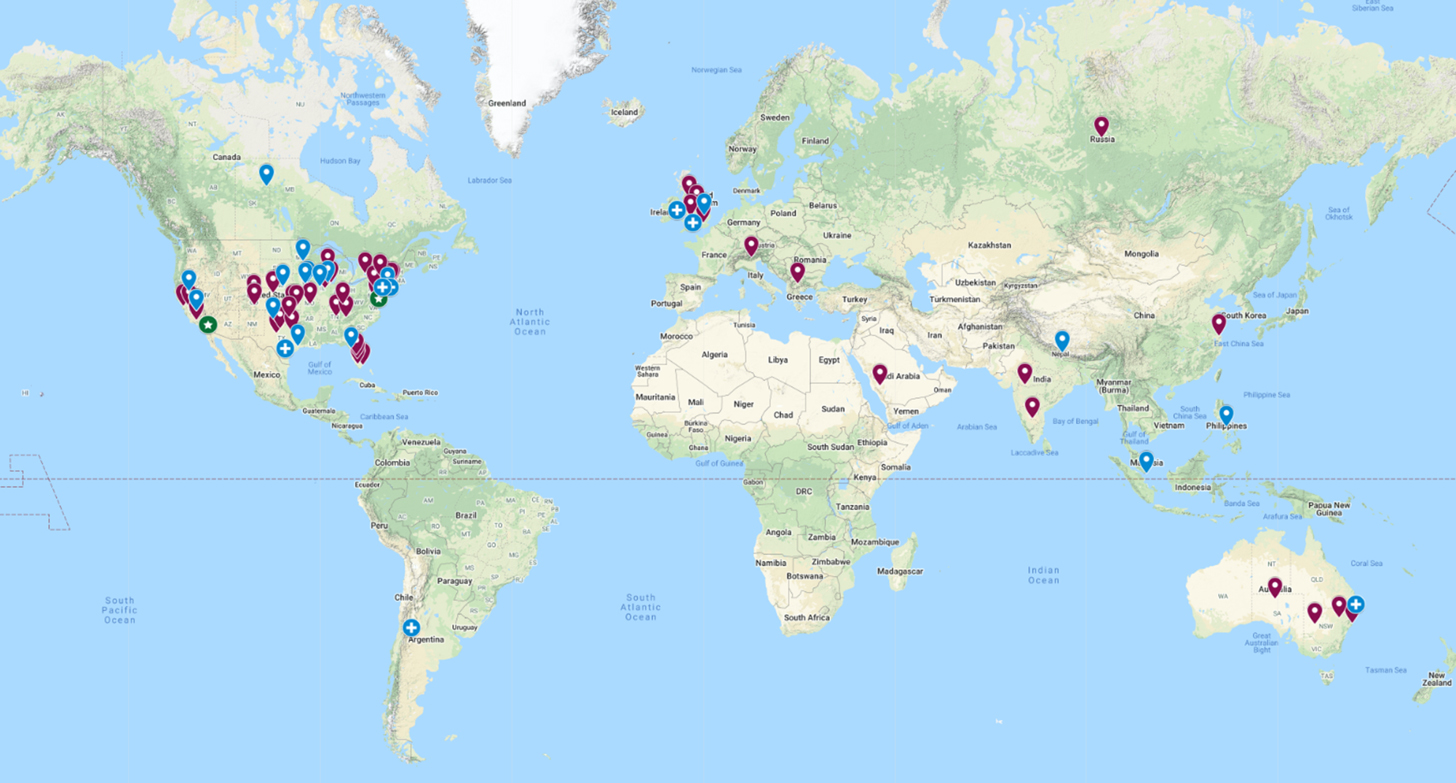 In February of 2019, suggestion therapy provided by telemedicine to a 12-year-old girl with 3 months of daily repetitive cough was recorded and eventually placed on YouTube and a web site, www.habitcough.com, created by the girl’s father. Subsequently, parents of children with habit cough and some adults with chronic cough reported that they could stop their cough by watching the recorded video. Since the effectiveness of the suggestion therapy involved no direct involvement of the physician, this was termed suggestion therapy by proxy. Subsequently, 54 parents and 18 adults over a 1-year period reported cure of their habit cough from watching the video. Those reports came from 13 countries (Fig. 1). A particularly dramatic success from suggestion therapy for habit cough was reported in the Scotsman, a Scottish daily newspaper.

Diagnoses of chronic cough in adults has not generally been recognized as including habit cough. However, published reviews have reported that over 40% of adults evaluated for chronic cough at specialty centers have no identified diagnosis. The unsolicited report from 18 adults, who found the video on-line, watched the video, and then stopped coughing, suggests that others with chronic cough with no diagnosis also may have the characteristics of habit cough and respond to suggestion therapy. Chronic cough in adults is one of the most common clinical problems seen by physicians who specialize in pulmonary disease. Further investigation is needed to determine how frequently habit cough is the cause of chronic cough among those adults currently without a defined diagnosis.