An association between chronic rhinosinusitis ( CRS ) and gastroesophageal reflux disease ( GERD ) has been previously reported. GERD shares several similarities with the pathophysiology of CRS and atopy. CRS and GERD both can present with local infiltration of eosinophils. Furthermore, pro-inflammatory cytokines and eotaxins are highly expressed in both GERD and CRS. Despite these observations, the pathophysiological links between GERD and CRS remain to be clarified. Moreover, the association of GERD with CRS phenotypes has not been previously evaluated. 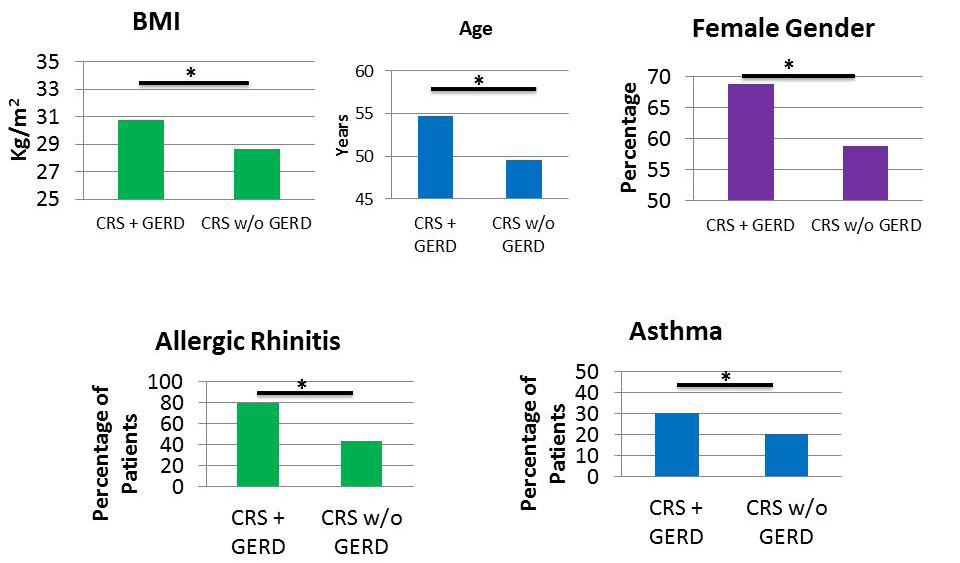 Fig. 1. Patients with CRS + GERD have higher BMI, age and percentage of females as well as higher prevalence of allergic rhinitis and asthma compared to CRS without GERD.

This study was structured to assess the association of GERD and CRS using both prospective and retrospective approaches. The retrospective study comprised a large cohort of CRS cases. In the prospective study, a group of CRS cases treated in the allergy or otolaryngology clinics were recruited . A group of age-, gender-, and BMI- matched controls visiting the same clinics were recruited as control subjects. CRS was diagnosed based on guidelines of the American Academy of Otolaryngology–Head and Neck Surgery Chronic Rhinosinusitis Task Force.

The current series illustrated significant association of GERD with asthma and allergic rhinitis, younger age of onset and greater duration of disease in CRS patients. One potential explanation is that the inflammatory response, in association with GERD, could be further aggravated in the setting of pre-existing eosinophilic inflammation due to atopic airway disease, and play a role in the pathogenesis of CRS. GERD is a treatable condition, and proactive identification and treatment, especially in atopic patients, could have a significant role in preventing more advanced inflammatory diseases of the airways. However, this important area merits further research to investigate the mechanisms underlying the association of GERD and atopy in CRS patients.