Several debilitating diseases caused by disorders in a patient’s immune system – often called ‘immune-mediated diseases’ – have become easier to treat in the last two decades following the discovery of drugs called ‘biologics’. Biologics act on the immune system to reduce inflammation and prevent the damage to cells that causes the debilitating symptoms of these diseases. However, because they are more complicated to make than traditional ‘small-molecule’ drugs such as aspirin, biologics tend to be very expensive. This means that in many countries, not all patients who could benefit from biologics actually receive them. In recent years, considerable effort has been made to develop similar but less expensive drugs to treat these patients. Many of these new drugs – known as ‘biosimilars’ – are currently being tested in clinical trials to ensure that they are safe, and that they work as well as the ‘original’ biologics. 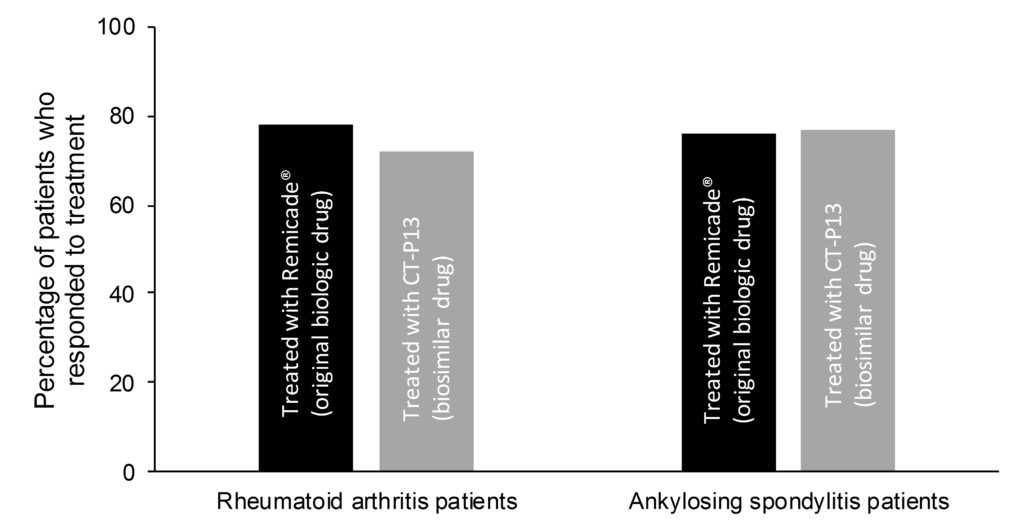 Fig. 1. Switching from Remicade® (original biologic drug) to CT-P13 (biosimilar drug) did not affect the percentage of patients that responded to treatment*
*Patient response measured by ACR20 (in rheumatoid arthritis patients) or ASAS20 (in ankylosing spondylitis patients) at week 54 (treated with Remicade®, black bar) and week 102 (after switching to CT-P13, grey bar).

CT-P13 (infliximab-dyyb), also known as Remsima® or Inflectra®, is a biosimilar that is similar to a biologic called Remicade® (infliximab). Both CT-P13 and Remicade® are antibodies that block the inflammation caused by a protein in the body called tumor necrosis factor. Two large clinical trials called PLANETRA and PLANETAS have previously shown that CT-P13 works as well as Remicade® in patients with the immune-mediated diseases, rheumatoid arthritis and ankylosing spondylitis. The trials also showed that CT-P13 was as safe as Remicade® in these groups of patients. Based on this and other evidence that showed there were no notable differences between CT-P13 and Remicade®, CT-P13 was approved by the European Medicines Agency and the U. S. Food and Drug Administration for treating patients with rheumatoid arthritis, ankylosing spondylitis, and all other disorders that Remicade® is used to treat (including psoriasis and inflammatory bowel disease).

We have recently published results from two studies that followed on from the original PLANETRA and PLANETAS trials. The results of these ‘extension’ studies showed that switching to CT-P13 (the biosimilar) after a year of treatment with Remicade® (the original biologic) did not negatively affect the effectiveness or safety of treatment. The studies also showed that CT-P13 remained effective, with no unexpected safety issues, when patients were treated with it for two years. Figure 1 shows that in patients with rheumatoid arthritis (left) or ankylosing spondylitis (right), switching from Remicade® to CT-P13 had no effect on the percentage of patients that responded to treatment. Figure 2 shows that in both these types of patients, treatment with CT-P13 was as effective after two years as it was after one year. 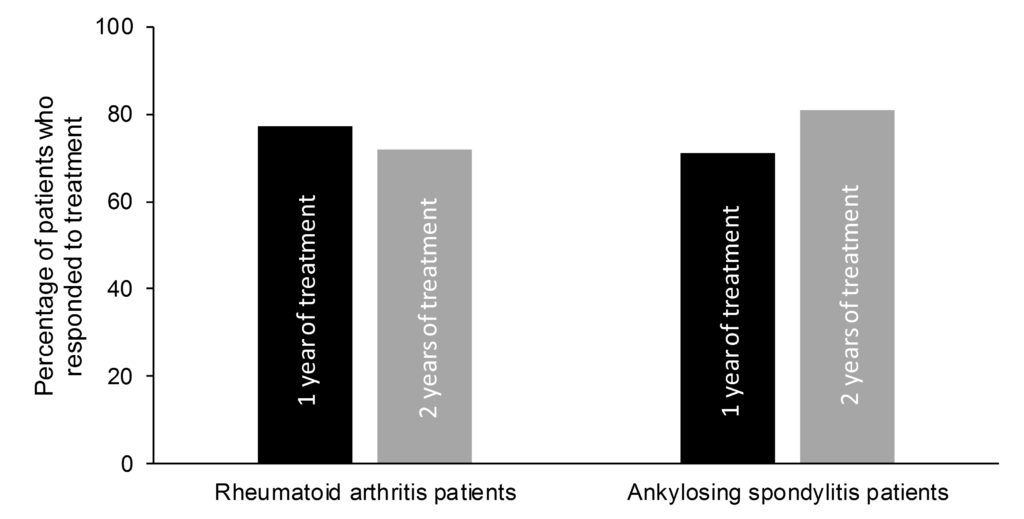 In conclusion, we have shown that it is safe and just as effective for patients with rheumatoid arthritis and ankylosing spondylitis to switch drugs from Remicade® to its biosimilar (CT-P13). We have also shown that treatment with CT-P13 over the longer-term is as safe and effective as short-term treatment. The approval of CT-P13 and other biosimilars, which are expected to be less expensive than original biologics, is likely to increase the number of patients that can be treated for several debilitating immune-mediated diseases.