A main feature of Darwinian evolution is that success in survival and reproduction is directed by selective pressure and entails competition among individuals. In other words, it is largely justified to recognize the proverbial survival of the fittest as an important mechanism of evolution. However, looking at nature we find, of course, fierce competition and struggle, but also wide-spread cooperative and even altruistic behavior, not only among individuals, but also between groups of individuals or even species. How can competition and cooperation sit side by side and be equally true in describing the driving forces of evolution? Possible answers to this question may be given by evolutionary and coevolutionary games. Both types of games are computational models which enable to discuss whether, when and under what circumstances cooperating may be evolutionary better than competing. These games define a population of individuals as players interacting with each other, and behavioral choices of individuals to be adoptable strategies, for instance competing or cooperating. A player receives payoff from interacting with other players depending on its own strategy, the strategies of its coplayers, and the values of a payoff matrix specifying rewards and punishments. Discussing player-and-coplayer interactions allocating payoff becomes most clear and definite by so-called social dilemmas, most famously prisoner’s dilemma, but also snowdrift, stag hunt or harmony. These games express evolutionary dynamics by players that change their strategies (evolutionary games) or additionally recast the network describing who interacts with whom (coevolutionary games). 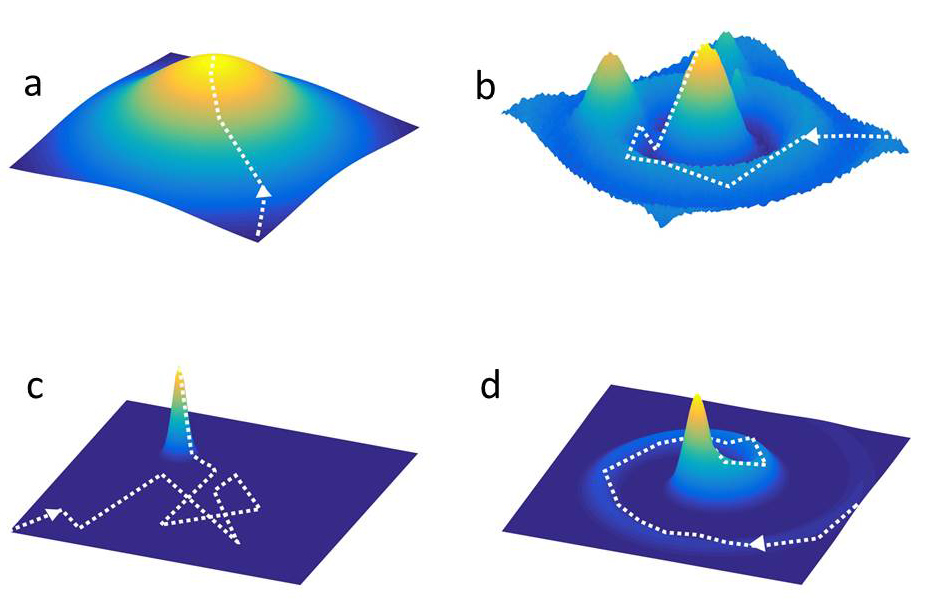 It is generally acknowledged that by interpreting payoff as fitness, evolutionary games can be linked with fitness landscapes. However, it is equally well understood that the payoff-as-fitness depends on not only the player’s own strategy, but also on how often this strategy is used by its coplayers, which is known as frequency-dependence. This situation can be remedied, as shown in the paper, by modelling strategies of players and coplayers together and defining these strategy combinations to be configurations of the game. Thus, for evolutionary and coevolutionary games, we obtain strategy-to-payoff maps and finally game landscapes. These game landscapes can be subsequently used in computational experiments. These experiments show that quantities of the landscapes correlate well with fixation properties and allow to differentiate between different game landscapes. Game dynamics has been intensively analyzed and discussed with respect to fixation properties such as fixation probability and time from both a theoretical as well as an experimental point of view. The results about dynamic game landscapes contribute to this discussion by offering a fitness landscape view as an alternative explanatory framework.