The current “top down” strategy that aims to miniaturize silicon based electronic components will eventually reach a limit. A new approach is necessary in order to develop more powerful, less expensive and more flexible electronic devices. Molecular nanostructures with controlled organization and properties such as stimuli-responsive behavior could be obtained by a “bottom-up” strategy. 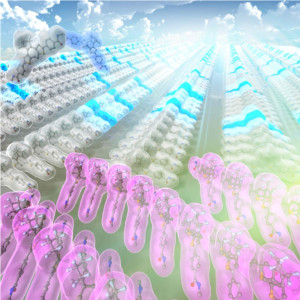 In this context, light-responsive self-assembled monolayers (SAM) of organic molecules adsorbed (adhered) on surfaces such as highly oriented pyrolytic graphite (HOPG) are of great interest (Fig. 1). Two-dimensional (2-D) molecular orderings (also called 2-D molecular crystals) can be efficiently characterized by scanning tunnelling microscopy (STM) at the liquid/solid interface with single-molecule resolution. In order to use light as an external trigger, a light-sensitive material is required. Diarylethenes are very appealing due to the high thermal stability of two forms that can be interchanged with high fatigue resistance by irradiation with ultraviolet (UV) or visible (Vis.) light.

In this work, concentration dependence of surface coverage and light-induced interchanges between molecular orderings for the three forms of a diarylethene (1o, 1c and 1a) were carefully investigated by UV-vis. spectroscopy and STM measurements (Fig. 2). This way we investigated cooperative effects in the adsorption of these molecules. Cooperativity is a phenomenon displayed by systems involving several identical (or near-identical) steps which act non-independently: after a critical number of steps, next ones become easier (positive cooperativity) or more difficult (negative cooperativity). When a process is not cooperative it is said isodesmic (independent steps). In our study, each step corresponds to the adsorption of a new molecule to the surface. 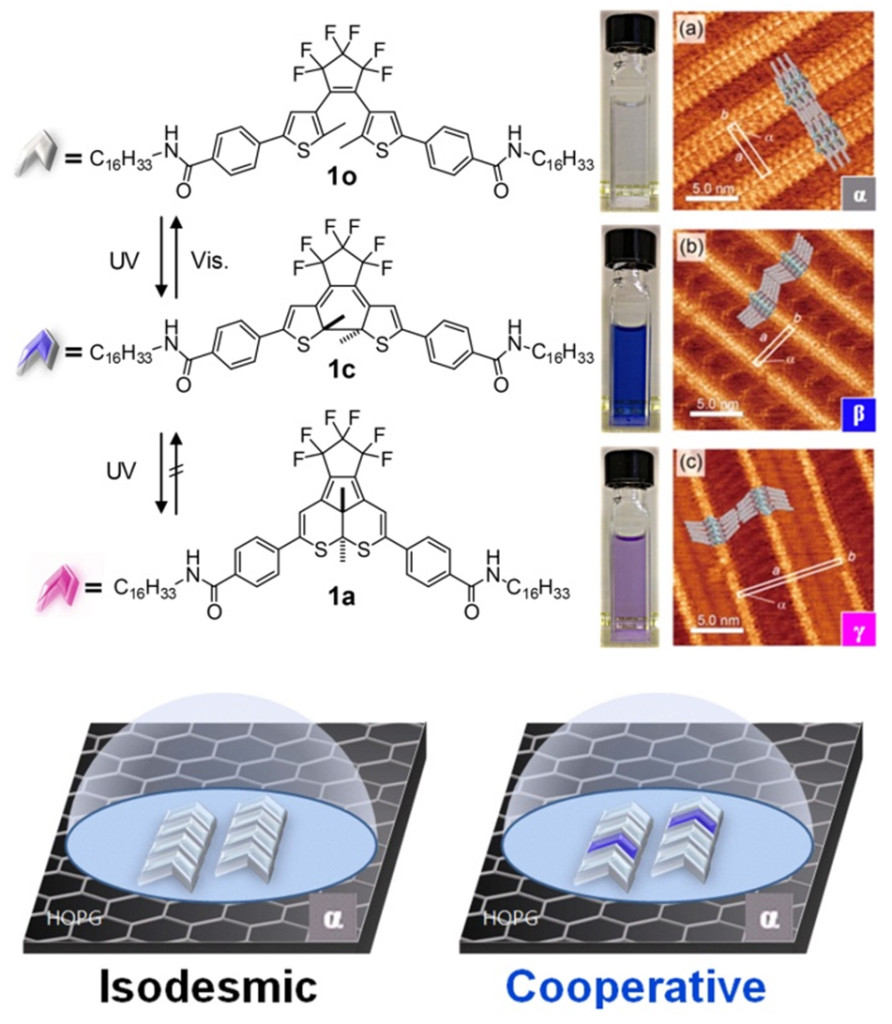 Fig. 2. The three forms of diarylethene 1, their respective color in solution and molecular orderings and illustrative representation of mixing-induced coopertivity

Adsorption parameters for molecular ordering α, β and γ (composed respectively of pure 1o, 1c and 1a) were determined by comparison between experimental data of surface coverage and computer simulated curves obtained from a cooperative equilibrium model on 2-D surface developed in our laboratory. According to these parameters, the open-ring form 1o showed an isodesmic process whereas the closed-ring form 1c showed a highly cooperative process (positive cooperativity). The annulated form 1a showed a very high affinity for HOPG surface. Careful inspections of mixtures of 1o and 1c suggested that the two isomers influence each other during the formation of molecular orderings and form mixed 2-D molecular crystals. Moreover, mixing-induced cooperativity in ordering formation process was revealed: the closed-ring form 1c can induce cooperativity in the formation of ordering α that is mainly composed of the open-ring form 1o. This work provide a better understanding of mixing of components in a molecular ordering and light-induced interchanges between orderings occurring at the liquid/solid interface. These results could contribute to developments toward the next generation of electronic devices based on molecular materials.