Could cancer be cured by inducing an autoimmune disease against It?

Might there be some way to make a microbial protein that the immune system normally overlooks (a “non-antigen”) into a target for an active immune response (an “antigen”)? Could one co-opt the immune system to produce an autoimmune disease specifically against cancer cells? These are possibilities raised by a new paper by Robert Root-Bernstein in Anti-Cancer Agents in Medicinal Chemistry.

Root-Bernstein likes to read widely, and over a number of years began to realize that people in quite different parts of immunology seemed to have hit upon a common way to activate an immune response against proteins that it normally didn’t “see”. 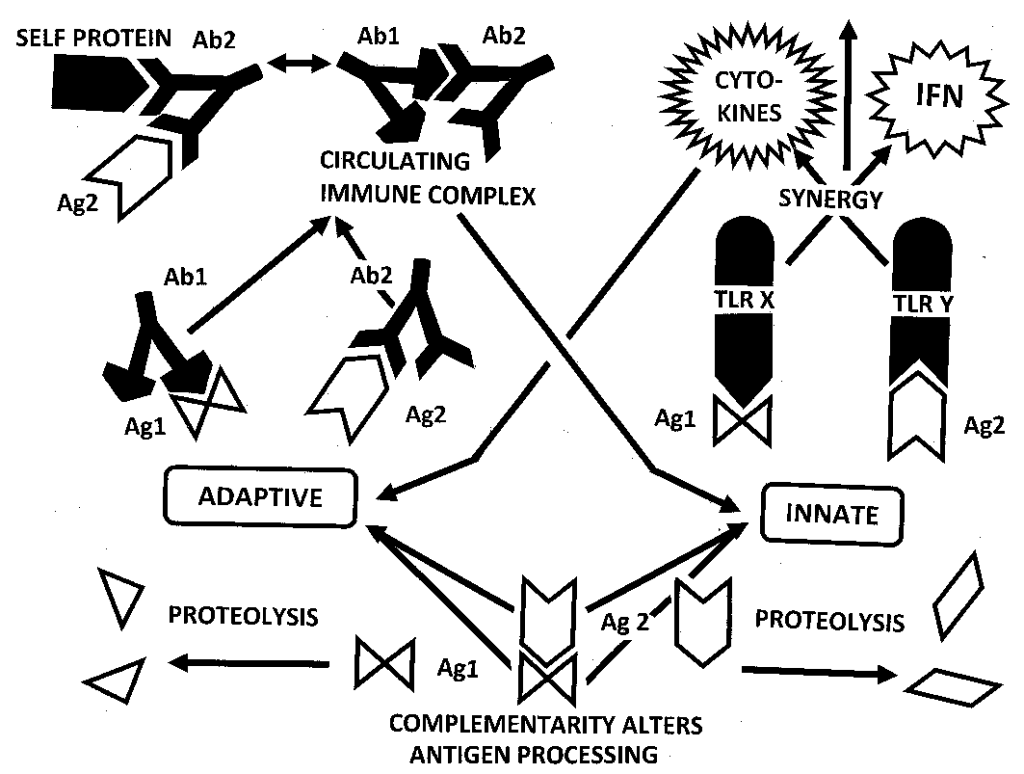 The first diphtheria vaccine was developed by combining diphtheria toxin (which is usually deadly before the immune system recognizes it as a threat) with its “antitoxin” (or antibody). Haemophilus influenza (a bacterium that causes upper respiratory tract infections) combined with influenza viruses induced far stronger immune responses against both the bacterium and virus than either microbe alone. An autoimmune disease of the heart could be initiated by combining coxsackie virus with its cellular receptor, the coxsackie and adenovirus receptor (CAR) when neither the virus nor the receptor could induce the autoimmune disease on their own. A similar disease could be induced by inoculating animals with a combination of cardiac C protein (one of the major proteins making up heart muscle) combined with antibody against cardiac C protein. Again, neither the protein nor the antibody could cause the disease. Insulin and glucagon, neither of which are antigenic themselves, can be made into potent antigens by combining them.

Just how such complementary molecules alter the immune response is not entirely clear. It appears that combinations form complexes that are “seen” by the immune system as something new and dangerous. The complexes certainly are processed differently by the immune system and produce antibodies that the individual components do not. In some cases, it is possible to override the protection systems built into the immune system that normally prevent autoimmune diseases.

So Root-Bernstein proposes two new uses for molecularly complementary complexes. One is to design new types of vaccines against hard-to-vaccinate diseases such as malaria and hepatitis C. The other is to induce autoimmunity directed solely at unique target proteins in cancers so that the immune system can recognize the cancer cells as threats to be eliminated. Both possibilities could usher in a new age of more potent vaccine strategies for controlling and curing diseases that currently evade immunity.