Free radicals are chemical species with one or more unpaired valence electrons. This feature predetermines a high reactivity of free radicals that may initiate a variety of chemical processes such as explosions or polymerizations. Free radicals play a special role in living organisms where they participate in killing of harmful microorganisms by the cells of immune system. Researches also assume that free radicals take part in various cellular signaling processes. The most representative free radicals with biological functions are superoxide (O2•−) and hydroxyl radical (•OH) which both belong to the group of reactive oxygen species (ROS). However, an increased level of free radicals in a cell may be dangerous as they can attack membranes and DNA and cause serious injury or even death of the cell. The control of a desired level of free radicals is essentially assisted by chemical species called antioxidants. The most important natural antioxidant is glutathione, a tripeptide composed of aminoacids glutamate, cysteine, and glycine. Other important antioxidants include the vitamins A, C, E, and polyphenols. Improper balance of free radicals may lead to various diseases such as cancer and diabetes. Some theories propose that free radicals are involved in the process of aging. 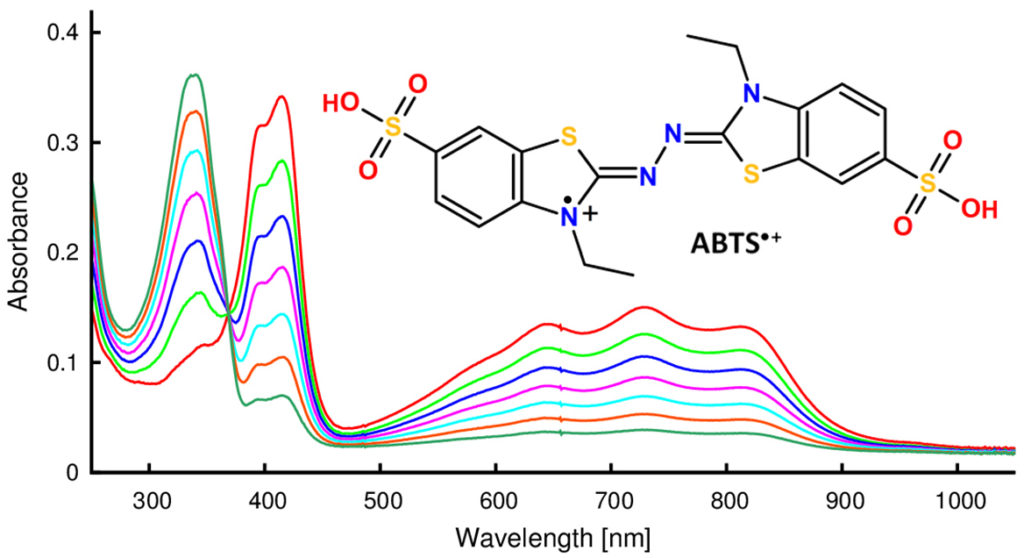 Fig. 1. UV-vis spectrophotometric monitoring of the reaction of ABTS•+ (approx. 10 µM) with bucillamine (100 µM) in 400 µM perchloric acid at 20 °C. The selected spectra were recorded every 20 s.

Our contribution studies radical scavenging kinetics and mechanism of three antioxidant biothiols – anti-rheumatic drug bucillamine (BUC), cysteine, and glutathione. We used a radical cation ABTS•+ for its stability and UV-vis spectral properties. Reaction rates of various compounds with ABTS•+ can be measured by recording the whole spectra or a single absorbance of the reaction solution. Figure 1 shows successive change of the UV-vis spectrum of ABTS•+ as it is converted back to ABTS in a reaction with the cysteine derivative BUC. As can be seen, the spectra shift in approximately equidistant steps during the course of the reaction indicating a constant reaction rate. When the acidity is increased, the reaction kinetics is changed showing an exponential decay of ABTS•+. This unusual effect points to the existence of two different pathways for the reaction of ABTS•+ with BUC. A further study of this interesting phenomenon could bring new important findings for understanding the therapeutic action of BUC. 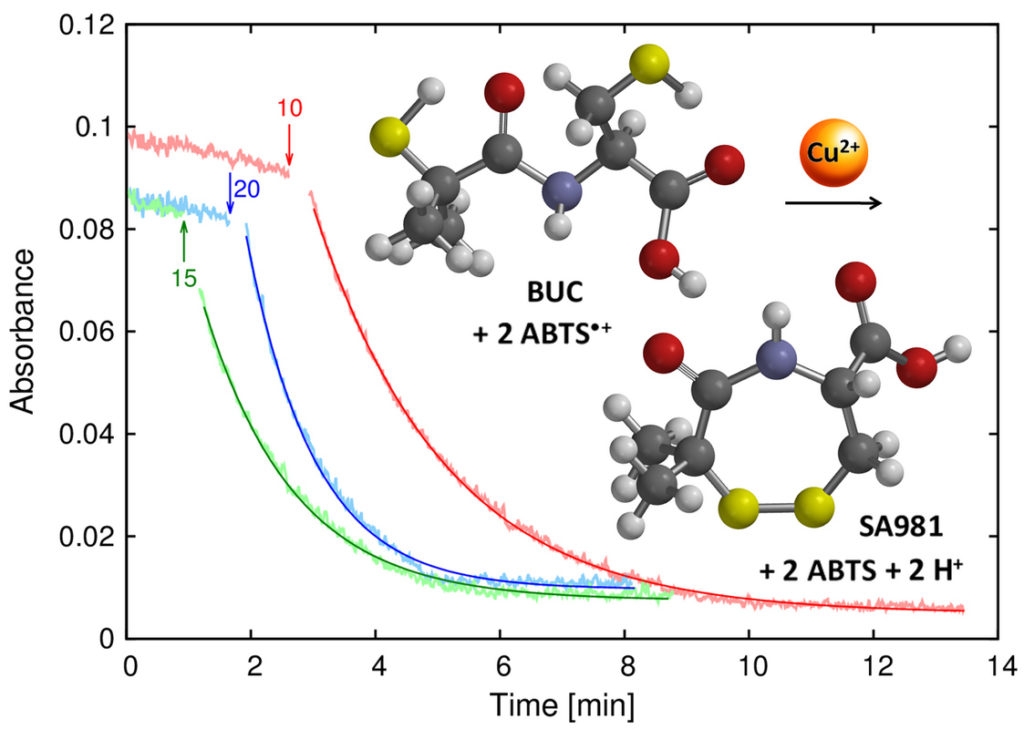 Fig. 2. Absorbance at 734 nm vs. time records of the reaction of ABTS•+ (approx. 10 μM) with
bucillamine (100 μM) in perchloric acid (0.12 M) at 20 °C. At the indicated moments (arrows) various amounts of Cu2+ (labels in μM) were added to the reaction solution. SA981 denotes an oxidation product of BUC with intramolecular -S-S- bond.

Another main observation we report is catalytic activity of Cu2+ ions on the examined reactions. Figure 2 illustrates effect of Cu2+ additions on the rate of ABTS•+ consumption in the reaction with BUC. Cupric ions dramatically accelerate the reaction; Cu2+ in concentration as low as 20 μM bring about roughly 500-fold increase of the reaction rate. A significant effect of Cu2+ ions on the reactions of ABTS•+ with cysteine and glutathione has also been observed, although not as large as with BUC. The studied reactions are so sensitive to Cu2+ that even adventitious traces of cupric ions may significantly affect the reaction rate. Additional experiments imply that reduction of Cu2+ to Cu+ may be an important step in the reaction mechanism.

The presented results suggest that complexes of the studied thiols with copper ions have an important role in the reaction with ABTS•+ radical cation. In general, formation of complexes of antioxidants with metal ions and their effect on biological systems deserves a special attention. It may be found out that biological activity of many antioxidants relays on a specific complexation with metal ions, though present in very low concentrations, rather than on their direct reactions with the target species such as ROS. For instance, one may speculate that Cu2+ ions present in red wine contribute to the so called French paradox, i.e. low incidence of coronary heart disease in France, as they can bind to polyphenols such as tannins and thereby enhance their antioxidant capacity.