The amount of digital data created by mankind is increasing exponentially. Big companies have evolved addressing the need to store and manage such data masses. Google, Microsoft, and others are challenged to save several petabytes (1 PB = 1015 bytes ≈ 1016 zeroes or ones, so-called bits) of customer data in their data centers – and no end of this ever increasing demand is in sight. Such an incomprehensible amount of data management is made possible by the constant effort of researchers pushing magnetic storage devices (e.g. hard disks) to their limit. 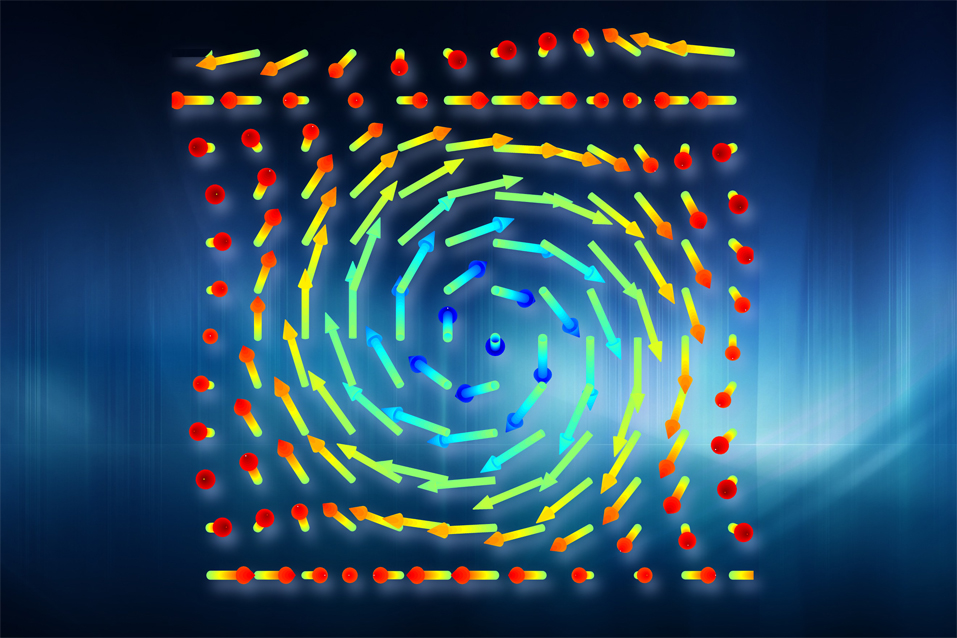 Fig. 1. Simulation of a magnetic skyrmion. Arrows define electronic spins, and the swirling structure constitutes one skyrmion in a lattice.

In order to save energy and space for such data centers, we move forward to “green IT” by going beyond the limit of magnetic domains: we use conceptually new bits with reduced size. A novel and exotic swirling object called “magnetic skyrmions” is considered as a future candidate for data storage and information processing. The magnetic skyrmions, which are twirls in the magnetic texture (rendered in Fig. 1) were first discovered in 2009, although predicted more than 50 years ago as an abstract theoretical concept. These tiny objects are of the size of few to few tens of nanometers (1 nanometer = 10-9 m » 1/1000th of a hair width). For these magnetic objects to become the next generation of information carriers, their spatial arrangement and the dynamical evolution must be controlled. 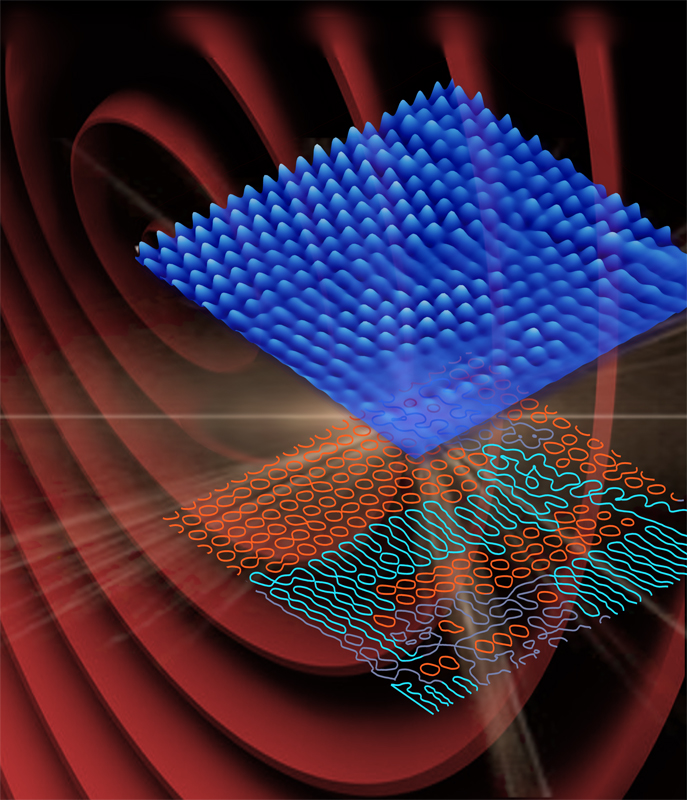 In established storage technology when hard drives are read or written, a device locates the cell where a certain information is stored via an algorithm. The distribution of these cells in space therefore provides a map of where the single bits of information are stored, which is obviously a crucial knowledge. This map should be robust in time and should not change significantly under different external conditions of temperature, stray electromagnetic fields, or pressure. At even smaller volumes – such that skyrmions can be controlled – the forefront of research is currently seeking understanding and imaging of the skyrmions’ stability and motion.

So far, direct-imaging has only been achieved over a few skyrmions and without any dynamical information on their position during temperature or field fluctuations. In our report, we nano-fabricate a flat film supporting as many as 70000 skyrmions, which is the largest scale observation of skyrmions to this date (blue data in Fig. 2) and film their dynamical response during temperature and field fluctuations.

In such dimensions – very large in view of the quasiparticles – we observed that the skyrmions readily split up into distinct regions called “domains”. Within each domain the skyrmions take a different orientation. An important observation is that the domains are not stable but they constantly fluctuate taking random orientations as a function of time. Hereby we could quantify the different orientations of skyrmions at different points in time. This is an important aid to engineer small magnetic memories which rely crucially on the distinct position of skyrmions and their spatial arrangement. Easily controllable parameters like electric fields or light irradiation could define the movement of skyrmions, as a part of our ongoing studies. In this way, skyrmion control can provide a conceptually new and highest density magnetic storage opportunity for the future needs of mass data management.