Microsatellites are formed by 1-6 nucleotide base pairs that are repeated in direct order 5-50 times. Repetitive DNA including microsatellites are mainly present in non-coding DNA regions that occupy more than 97% of the nuclear DNA. They are found predominantly outside the genes, but also within introns and promoters. Only about 32 microsatellites are contained in exons as the coding areas of the genes.

Genomic alterations are a major cause for cancer development and progression. During DNA replication, the spontaneous mutation rate is about one error per 1010 synthetized nucleotides. These mutations are attributed to errors of the DNA polymerase including its slippage at microsatellites that are corrected by the mismatch repair (MMR) system. 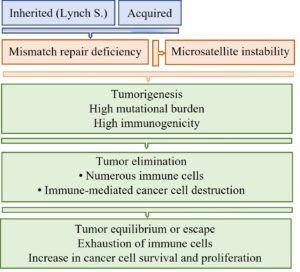 Defects in the MMR system cause MMR deficiency (dMMR), which can develop through two different pathways. The inherited pathway exists in carries of Lynch syndrome. It is caused by a germline mutation in a particular MMR gene. Affected people have an increased risk for cancer development, since only one additional mutation is required for tumorigenesis, In the acquired pathway, over time the subsequent inactivation of both alleles of a particular MMR gene occurs. This is nearly exclusively attributed to MLH1 promotor hypermethylation that leads to gene silencing. Patients with the inherited pathway show an increased life-time risk for cancer within different organs and usually have an age below 50 years at the initial tumor manifestation.

Thus, dMMR and microsatellite instability promote tumor development and progression and increase the mutation rate within tumors. In addition, cells with mutations in microsatellites induce a strong anti-cancer immune response characterized by infiltration of the tumor with numerous immune cells. Initially, the immune cells can destroy the tumor cells, which may lead to tumor regression. A longer lasting immune stimulation, however, is accompanied by exhaustion of immune cells (Figs. 1 and 2). 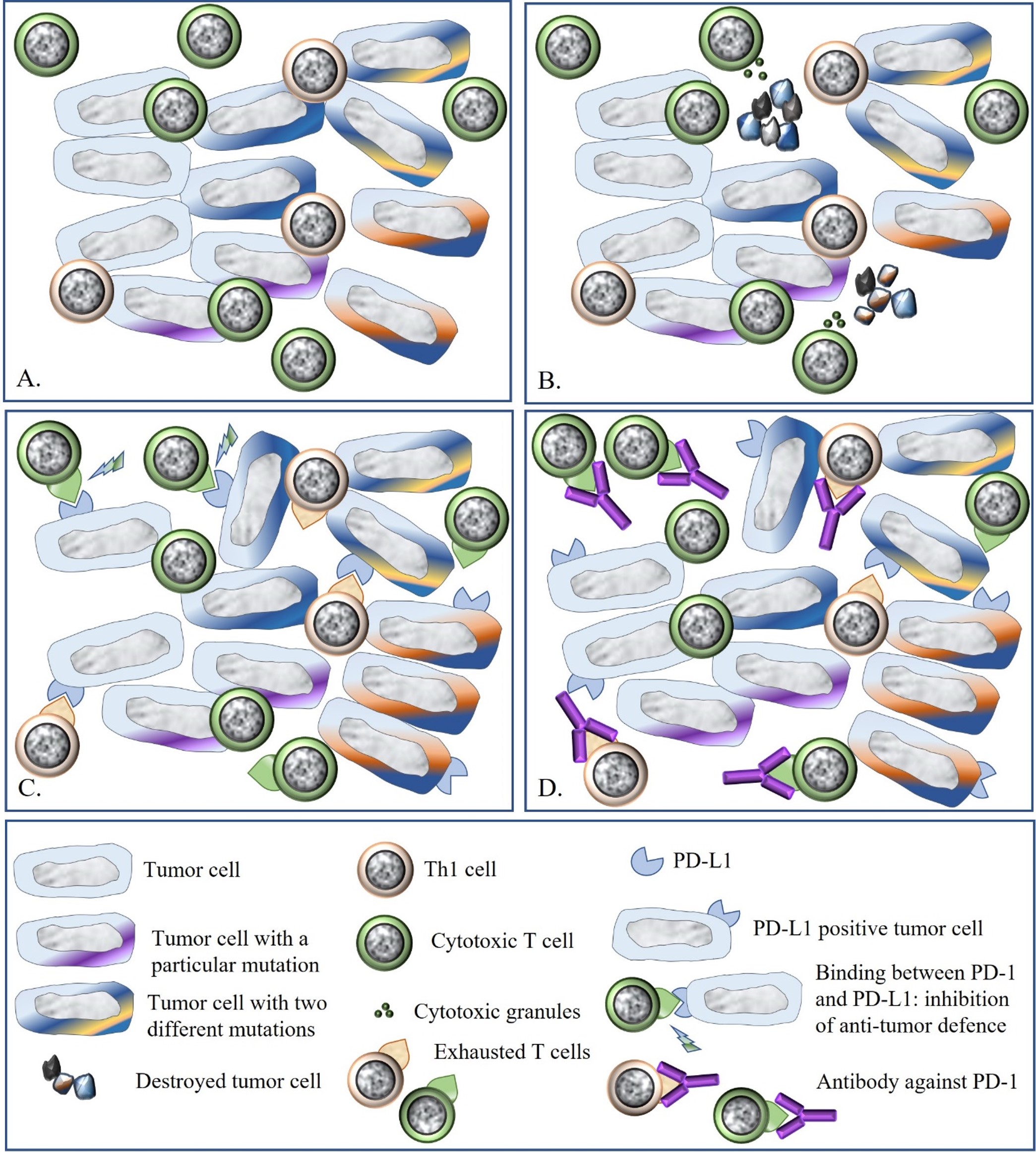 Fig. 2. Tumors with mismatch repair deficiency (dMMR) and high microsatellite instability (MSI-H): Interaction of cancer cells and immune cells.
A. Tumor cells with dMMR and MSI-H have usually a high mutation rate and a high immunogenicity leading to marked infiltration with immune cells. Different mutations are indicated by different colors. B. Elimination of tumor cells is caused by several immune-mediated mechanisms. Particularly important for the anti-cancer immune defense are cytotoxic T cells. They destroy tumor cells through secretion of cytotoxic granules. C. During a longer lasting immune response, there is exhaustion of lymphocytes that upregulate the immune checkpoint molecule PD-1. Tumor cells often express PD-L1. The binding of PD-1 to PD-L1 inhibits the destruction of tumor cells. D. The blockage of PD-1 (shown) or PD-L1 by monoclonal antibodies prevents the interaction of both molecules and restores the destruction of cancer cells by cytotoxic T cells.

Based on the described molecular features, tumors with dMMR and high MSI usually show a good response to “immune checkpoint therapy”. This therapy uses monoclonal antibodies directed against PD-1 or PD-L1. These antibodies prevent the binding between these two molecules and thus reinvigorate the immune cell mediated destruction of cancer cells (Fig. 2). For example, patients with advanced rectal cancer may show clinical complete response after anti PD-1 immune checkpoint therapy, which abrogates the need for additional radiochemotherapy and surgery.

The diagnosis of dMMR is performed by immunostaining for MMR proteins, and the detection of MSI is based on multiplex PCR or next generation sequencing.

In summary, the detection of tumors with dMMR and MSI aids the identification of patients with an increased cancer risk due to a germline mutation and helps to select the most effective treatment option.