Early-life stress, such as child neglect and abuse, is referred as one of the most prominent risk factor causing lasting social problems, which influence later development of psychopathologies. One specific sensitive period in neural development occurs during the first and second postnatal week. During this time, the excitatory-to-inhibitory functional switch of g-aminobutyric acid (GABA; GABA switch) takes place. GABA is a dominant inhibitory neurotransmitter in the adult CNS that is necessary for the development of appropriate central nervous system (CNS) function. The correct timing of the GABA switch is determined by the functional balance of chloride co-transporters; two major transporters K+-Cl− co-transporter 2 (KCC2) and Na+-K+-2Cl− co-transporter 1 (NKCC1) decrease and increase intracellular chloride levels in the brain, respectively (Fig. 1). Child neglect is including a lack of communication between children and their parents; therefore, maternal separation (MS) is considered a model of child neglect. It is thought that KCC2 and NKCC1 are key molecules for the GABA switch, but the effect of MS on KCC2 and NKCC1 function has not been fully investigated. 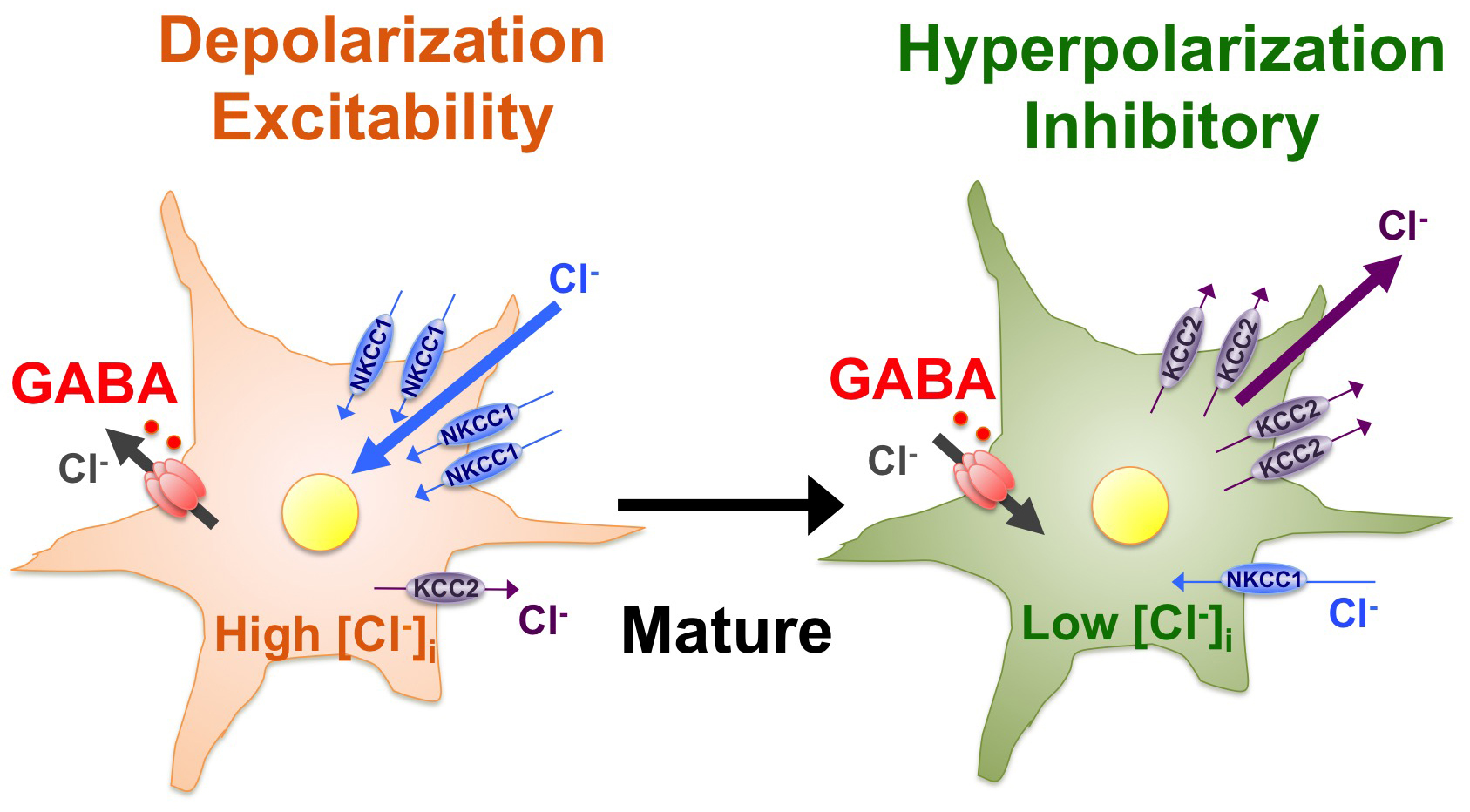 Fig. 1. The scheme of GABA excitatory-to-inhibitory functional switch (GABA switch) mechanism.
In immature neurons, Cl−-importing activity of NKCC1, which transports Cl− into the cell, is higher than Cl−-exporting activity of KCC2. Therefore, the high [Cl−]i across the neuronal membrane could contribute to depolarizing GABA responses and excitability of immature neurons. During normal brain development, in immature neurons, KCC2 is upregulated and NKCC1 is downregulated, resulting in a decrease of the intracellular concentration of Cl−. In mature neurons, Cl− is transported into the cell by GABA, inducing hyperpolarization of the neuron (neural inhibition). The excitatory-to-inhibitory functional switch of GABA is referred to as the GABA switch.

We examined whether neonatal stress can affect the timing of the GABA functional switch and trigger disorders during adolescence. Neonatal stress was induced in C57BL/6J male mouse pups by MS from postnatal days (PND) 1 to 21. Histological quantification of KCC2 and Ca2+ imaging were performed to examine the timing of the GABA switch during the MS period. To evaluate the influence of neonatal MS on adolescent hippocampal function, KCC2 expression was quantified and hippocampal-related behavioral tasks were evaluated from PND 35 to 38.

The results showed that MS delayed the timing of the GABA switch in the hippocampus and inhibited the increase in membrane KCC2 expression, with persisting inhibition of KCC2 expression until adolescence. Behavioral tests during adolescence showed impaired cognition, declined attention, hyperlocomotion, and aggressive character in maternally separated mice compared with control mice. 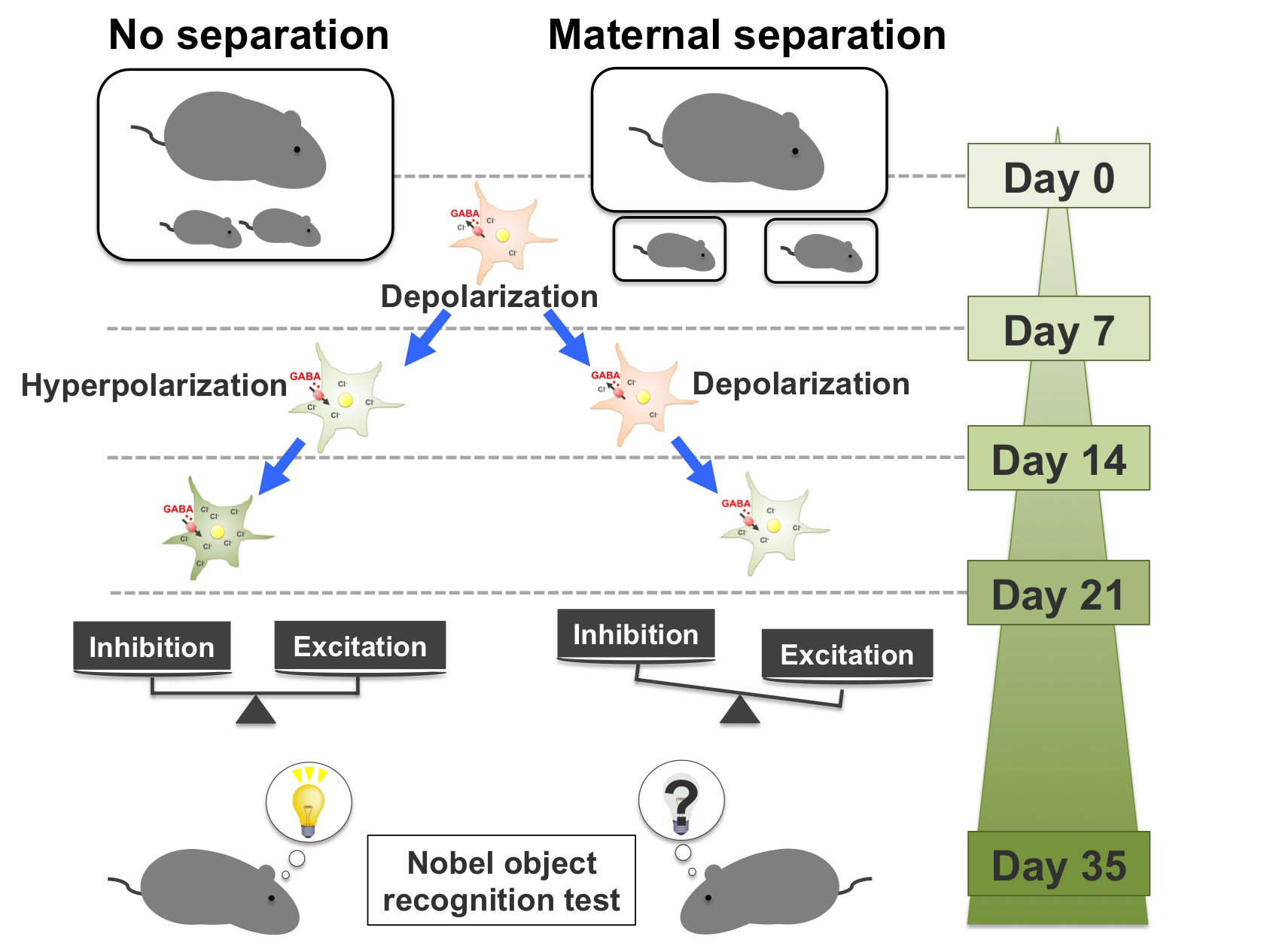 Fig. 2. Timeline of maternal separation protocol, neuronal development, and influence of GABA switch aberration on behavioral test in mice.
Early-life stress, such as MS, delays the GABA switch, and decreases the inherent neuronal inhibitory function that is caused by GABA activation in the mature brain. Since the E/I balance can be modified by changing the functional balance of NKCC1 and KCC2, mice that experienced MS were tested for object recognition. A novel object recognition test for cognitive ability in MS mice showed lower performance in the discrimination rate of new object compared to non-separated mice; hence, it may be suggesting a collapse of E/I balance.

The acquisition of adult CNS function depends on the accurate developmental events of time series. The disruption or modification of neuronal network organization during specific sensitive periods of development can exert a very strong and continuous influence during the entire lifespan. In fact, a number of studies suggest that the root source of mood disorders, such as a depression, is influenced by early stress. It is also reported that early-life stress may cause reduction of neurogenesis in the dentate gyrus, hippocampal volume, and hippocampal-related spatial tasks in rodents and monkeys. Additionally, a delay in the GABA switch can result in an inappropriate physiological balance of excitatory and inhibitory neurons in the CNS. In fact, an inappropriate excitatory/inhibitory (E/I) balance is found in neurodevelopmental disorders (Fig. 2). Our study showed that neonatal stress delays the timing of the GABA switch, which can change the E/I balance, causing neurodegenerative disorders later in life. This study on changes in the timing of the GABA switch due to early-life stress might be useful for characterizing neurodevelopmental disorders and aid in the search for therapy options for these disorders.