Depression and dementia among American Indian and Alaska native elders

In the United States when talking about health care we tend to refer to national or state programs as uniform programs that are accessed by all U.S. citizens. . But there are groups that have a separate, usually additional, health care delivery system. Some of these are informal, but for American Indians and Alaska Natives (AIAN for short) there are formal and separate federally funded health care systems in place. Primarily AIANs are served through the I T U system. These units make up the “I” (Indian Health Service, a Federal service), “T” (tribal, local sovereign tribe), and “U” (urban provision, which are administered by AIANs living in cities). Unlike any other minority group, AIAN communities have a direct historical, codified relationship with the federal government of the United States, known as the Federal Trust Responsibility. The Indian Health Service is the Federal Trust Responsibility that replaces over 800 broken treatises with Native Tribes. With the Patient Protection and Affordable Care Act, which authorizes the expansion of Federally Qualified Health Centers (FQHC), funding will be based on health outcomes at individual community health clinics rather than on an annual federal budget allocation. Because of this change the Federal Trust Responsibility will be dramatically weakened. 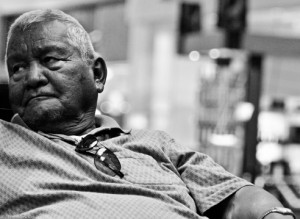 During the 1950s and 1960s, the Indian Health Service dramatically increased AIAN life expectancy by improving public health—in particular by reducing child and infant mortality accomplished under several guiding principles, one of which was “years of potential life lost” (YPLL). YPLL assigns values to different types of mortality up to 65 years of age. YPLL doubtless contributed to the establishment of IHS priorities as “prenatal care, well-child care and developmental screening, hypertension screening and treatment, and education about diet, weight control, exercise, smoking, alcohol abuse, and vehicular and environmental safety.” However the YPPL metric leaves out both older adults and mental health from the priorities of the Indian health. The residual effects of this omission have survived.

Today, this perfect storm is allowing for a combination of mental health diseases to remain ignored. Depression and dementia are hidden not only from the community but also from health care agencies. For Native communities—perhaps uniquely—the aging of populations is further intensified by a very significant out-migration of young people from their communities. Potential family caregivers are disappearing which leaves older AIANs to seek help from formal health care agencies. Because AIANs form small communities, even in cities, concerns of confidentiality may preclude disclosing mental health issues to outsiders.

Because over 30% of older AIANs reported significant depressive symptoms, suicide among AIANs is 1.5 times the national rate. Surprisingly no national prevalence study has ever been conducted. Despite evidence that depression is related to diabetes—which is a federal priority area among AIAN–depression assessments only takes place in 14 percent of visits. Yet, treating depression results in better diabetic control for the long term.

But the real hidden disease remains dementia. There are extensive methodological and cultural disconnects in assessing dementia among the AIAN population. There is also differing cultural and spiritual interpretation of dementia that differs from established clinical definition, with “supernormal” to explain one such discrepancy in interpreting dementing behaviors. While about 11 percent of the 65 and older population has dementia this rises to 32 percent for those 85 years or older. Because a well-developed continuum of care usually doesn’t exist in Indian country, depression and dementia can lead to needless diminished quality of life. Without family caregivers, and without clinical and social support services that reach out to older adults in AIAN communities, depression and dementia can result in early and preventable fatalities and at the very least, needlessly diminished quality of life.