Treatment of lung cancer requires removal of a portion of a vital organ, which may reduce life expectancy. This would be acceptable when surgery prevents death from cancer. It is harmful in cases identified by screening in which the cancer would have proven non-lethal (“clinically irrelevant”) due either to its slow growth or  because death due to another cause intervened. These clinically irrelevant cancers are designated “overdiagnosed.”  Prostate cancer is a familiar example. The extent of overdiagnosis is estimated as the excess cases identified in the screened vs. (unscreened) control groups following a period of observation to allow for the emergence of clinically evident cancers in the latter group. The objective of cancer screening is to reduce cancer and all-cause mortality. 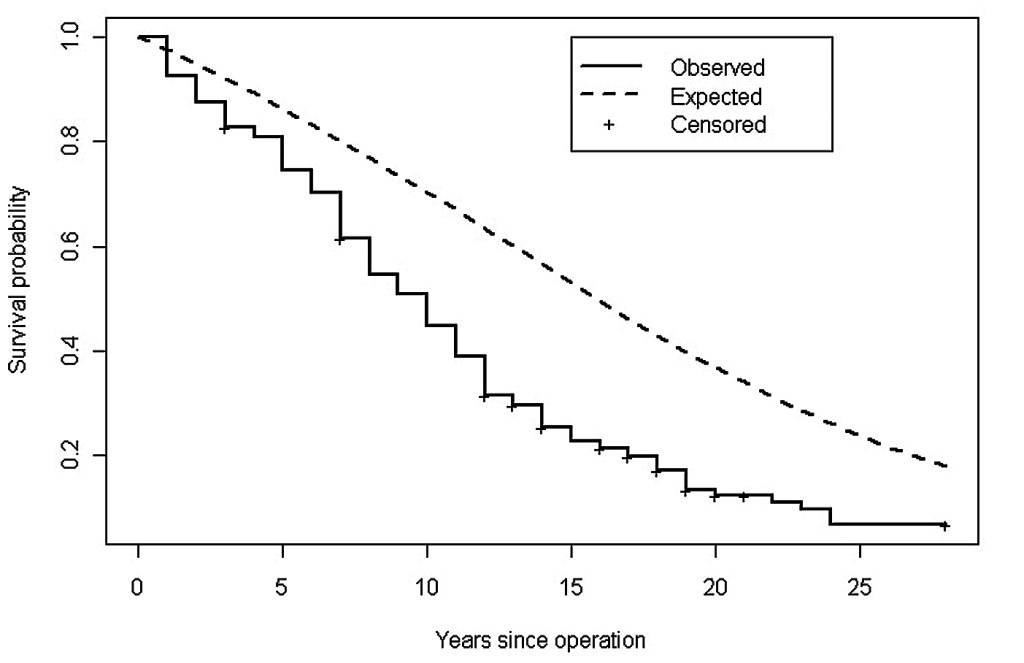 Earlier studies employing chest X-ray (CXR) screening found many more cases in the screened than unscreened controls and reported that their 5-year lung-cancer-survival more than doubled. (Survival is a percent.) Mortality however was slightly higher in the screened groups. (Mortality is the age-corrected death rate.) The large, National Lung Screening Trial (NLST), which employed highly sensitive, computerized tomographic (CT) screening in the intervention vs. CXR screening in the control group, reported a 20% reduction in lung cancer-mortality and a 7% reduction in all cause-mortality. However, three small European CT trials, employing unscreened controls, reported net harm to the screened group, like the earlier CXR screening trials.

Lobectomy is the most frequent operation for surgically curable lung cancers. The two lungs comprise five lobes. It has been tacitly assumed that the reduction in pulmonary reserve in persons judged eligible for lung cancer surgery would not substantially diminish their life expectancy. We hypothesized that the net harm in the CXR and the European CT trials was caused by a surgical reduction of pulmonary reserve in overdiagnosed persons, leading  to diminished longevity. To investigate this, we compared longevity of persons followed long-term (more than 15-years) who were cancer free following lobectomy vs. matched U.S. actuarial figures. We found their longevity diminished by 6.7-years (41%). This deficit took place largely after 6-years (Figure). Briefer follow-up—typically 5-years in screening trials and 6-years in the NLST—would miss this effect.

Ours is the sole investigation of the long-term consequences of lobectomy. Others have reported a similar reduction in cancer-free life expectancy among lung cancer survivors without identifying the cause. We concluded that the reduction was due largely to the long-term consequences of lobectomy, not to smoking-induced heart and lung disease, based on the similarity of our subjects’ life expectancy to “healthy smokers”: 1) longevity in life insurance-rated healthy smokers slightly exceeds that in the adult US population (It should be recalled that many in this population had life-shortening illnesses, and that, in the recent past, nearly half smoked.); 2) potential surgical candidates undergo more intensive scrutiny of their health and cardiopulmonary reserve than life insurance candidates; 3) though stressed by a major operation, which should have revealed morbidities sufficiently severe to diminish their life expectancy by nearly half, their short-term survival was unaffected (Fig1).

Harms of lung cancer overdiagnosis are psychological (dread), surgical mortality (and costs), and diminished longevity. One-third of CT- identified lung cancers are estimated to be overdiagnosed. Reflecting on the well known lethality of lung cancers that present with symptoms, this figure appears excessive. However, CT screening identifies predominantly small, slow-growing cancers. Reported surgical mortality for lobectomy ranges from 1-4%. We observed a 41% reduction in recurrence-free longevity. This, in combination with the failure of three (European) trials—each of which employed unscreened controls—to reproduce the benefit reported in NLST should foster reservations about screening the at-risk population.