Do patients return to sport activities after total hip replacement?

Total hip replacement (THR) is a successful procedure to treat end-stage hip osteoarthritis. The procedure is increasingly performed in adults of working age, who often wish to return to highly demanding activities, including a return to sports (RTS). Although some research has been performed on RTS after THR, the actual extent of and time to RTS remain largely unknown. Our aim was to systematically review (1) the extent to which patients RTS after THR, including (2) the time to RTS. 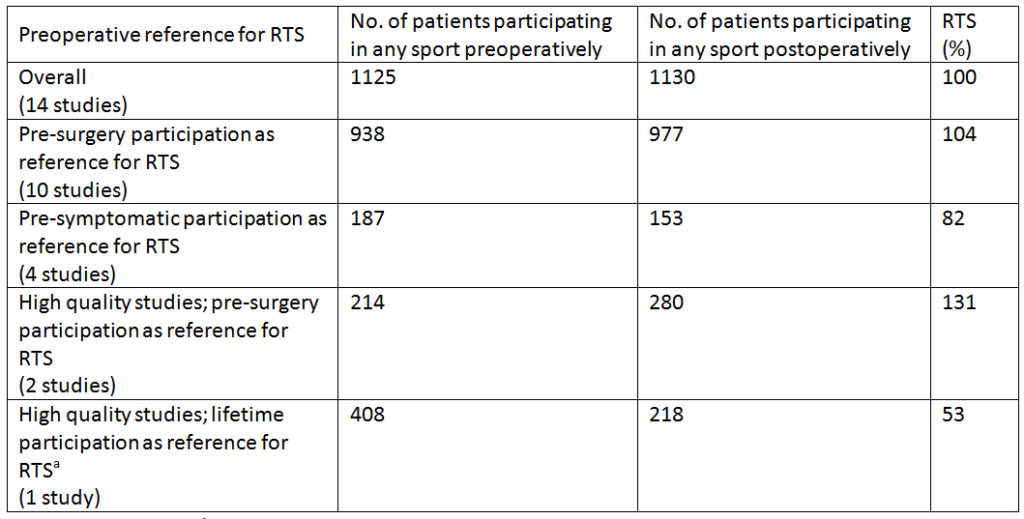 Tab. 1. Pooled data for number of patients participating in any sport pre- and postoperatively
No.: number, RTS: return to sports
a One study reported both the pre-surgery and lifetime sports participation

Ten studies described the preoperative sports level as the moment before surgery (pre-surgery level) and four studies described preoperative sports participation as the moment before the onset of restricting hip symptoms (pre-symptomatic level). Mean RTS was 104% to the pre-surgery level and 82% to the pre-symptomatic sports level (Tab. 1).

Our most important finding was that eight out of ten patients return to a sports level equal to their pre-symptomatic level after THR and time to RTS varied from 16 to 28 weeks with an average of 21 weeks. We believe that the pre-symptomatic level represents a more appropriate reference point for RTS then the pre-surgery level, since many patients limit their sports participation before THR because of pain and functional limitations.

A limitation of the present analysis is the low availability of high-quality, prospective studies. Most studies had a retrospective design, thus increasing the risk of recall bias (patients do not exactly recall their prior sports participation). Future studies on the current topic are therefore recommended. However, for the increasingly younger THR population, this meta-analysis contains valuable information that can be used in the preoperative shared decision-making process.

In conclusion, eight out of ten patients return to sports after total hip replacement.