Does habitual Internet use affect our brain? Are both genders in danger?

The Internet has not only become our external memory and essential media source for social life and entertainment, it also has full potential to become addictive. Even though it is still a matter of discussion whether Internet addiction is an independent psychiatric disorder, it seems reasonable to interpret this phenomenon as a behavioral addiction. It is important to note that certain activities available on the Internet and not the Internet itself that causes addiction. While most of the studies suggest that males are more affected, some reported no significant gender difference or even higher female prevalence. Male predominance may be explained by the fact that men are more likely to express interest in games, pornography and gambling, activities that have all been associated with Internet addiction. On the other hand, excessive social networking is more present among female users.

In line with the addiction theory frame, neuroimaging findings suggest that Internet addiction is related to functional and structural brain changes that are usually present in substance addiction. Structural and microstructural brain alterations have been already demonstrated in Internet addicted adolescents in areas of the brain rewards system that are involved in craving, motivation and cognitive control. Furthermore, a recent study found that the negative associations between excessive Internet use and grey matter of frontal regions in the brain reward system is present even in healthy habitual user males. 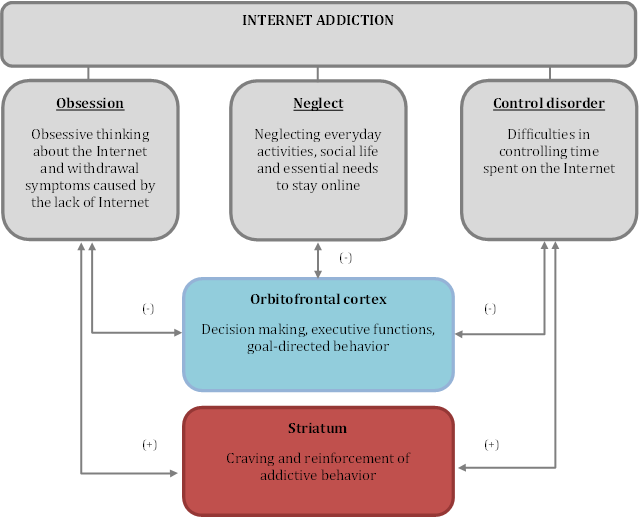 Fig. 1. This figure shows how the three aspects of Internet addiction is related to the gray matter volume of prefrontal (orbitofrontal cortex) and subcortical regions of the brain reward system in a large sample of habitual Internet user females.

A significant shortcoming of neuroimaging findings is related to the ongoing discussion whether gender differences are present in excessive Internet use. Previous neuroimaging studies by-passed this question by focusing only on males or without taking possible gender related differences into account. In other words, we have limited knowledge if similar associations are present between excessive Internet use and the brain structure in females. Therefore, our research group investigated whether there are structural correlates of Internet addiction in habitual Internet user females. Based on previous neuroimaging findings and the known role of brain reward system in substance addictions, we hypothesized that regions of the brain reward system would be associated with excessive Internet use.

Taken together, our results suggest that Internet addiction has structural brain correlates in the reward system in females. Since similar associations have been identified in habitual Internet user males, these findings can be interpreted as a proof for the presence of morphological brain alterations related to excessive Internet use in both gender. However, it is still a question whether Internet use causes such alterations, or there are certain brain alterations that prone some of us to get hooked online more easily.