Donor in recipient – dangers in DNA profiling after allotransplantation

The incidence of cancers, which rank among some of the most common lifestyle diseases of the 21st century, is rising steadily year by year. The trend is attributable to the ageing of societies, increase in life expectancy and excessive exposure to risk factors. In view of year-by-year increases in the number of allogeneic hematopoietic stem cell transplantations (allo-HSCT) and unrelated donors, an attempt was undertaken to assess consequences potentially arising from the analysis of genetic polymorphism in materials which are most commonly examined in contemporary forensic genetics i.e. in the blood, epithelial cells from the oral cavity and hair root cells, sampled from 30 patients after allo-HSCT. 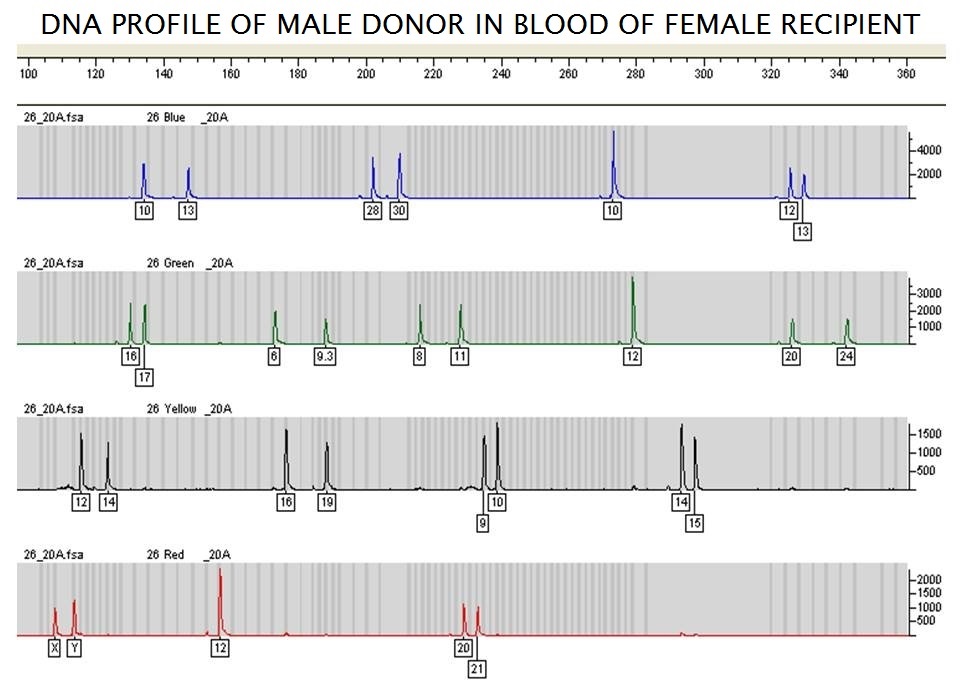 Fig. 1. Results of autosomal DNA analysis after allo-HSCT reveal the DNA profile of a male donor in the blood of the female recipient. Therefore, blood analysis can lead to false conclusions in jurisdiction. It justify the abandoning the collection of blood as the only material used for kinship as well as for comparative analysis.

Blood after allo-HSCT – full donor in recipient
The study results warrant the conclusion that allo-HSCT carry the risk of false determination of a person identity and preparation of erroneous forensic genetic opinions. An analysis of donor chimerism focused on autosomal DNA markers revealed exclusively the donor’s profile in the blood of the majority of recipients. A full conversion of the recipient’s blood DNA profile into the donor’s blood DNA profile after allo-HSCT is presented in Figure 1. In addition, detection of Y chromosome sequences mistakenly pointed to the presence of male donor DNA based on the examination of blood of a female recipient. On the other hand, failure to detect the Y-DNA sequences in the blood of the male recipients with female donors erroneously pointed to the female sex. What is more, the results of the study point to the possibility of falsification of a person’s identity and the issue of erroneous forensic genetic opinion not only in cases involving the examination of the blood of female recipients who have had male donors or vice versa, but also in blood tests performed for men who have undergone a transplantation from unrelated men. Given that in the majority of cases there is a full conversion of the genetic profile in the recipient’s blood on the donor’s profile, it is justified to abandon the practice of collecting blood as the sole material for kinship and identification tests. In the light of the study results it needs to be noted that the exclusion of paternity dictates the absolute necessity to perform a control test based on a material other than blood. When registering a biological sample and entering the DNA profile of a suspect or accused person in the IT system of the police DNA database, it is justified to apply a procedure verifying the possibility that the person concerned might have undergone allo-HSCT. Taking into consideration the study results also a more radical step also seems well-founded, namely abandoning the collection of blood as the material used for kinship as well as for comparative purposes.

Buccal cells after allo-HSCT-mixture of donor and recipient
In the light of our findings, it is to be expected that traces of material from the oral cavity left by an allo-HSCT recipient at the crime scene would, with a high degree of probability, reveal a mixed genetic profile, creating difficulties with interpretation. The presence of a mixture of donor and recipient DNA in swabs of epithelial oral cells and saliva collected from allo-HSCT recipients may in forensic genetic practice impair or prevent personal identification of recipients based on analysis of a biological trace of that origin. With respect to autosomal DNA profiling, a DNA mixture identified in the swab test entails an absolute necessity to repeat the test with a different material, the preferred one being hair follicles. 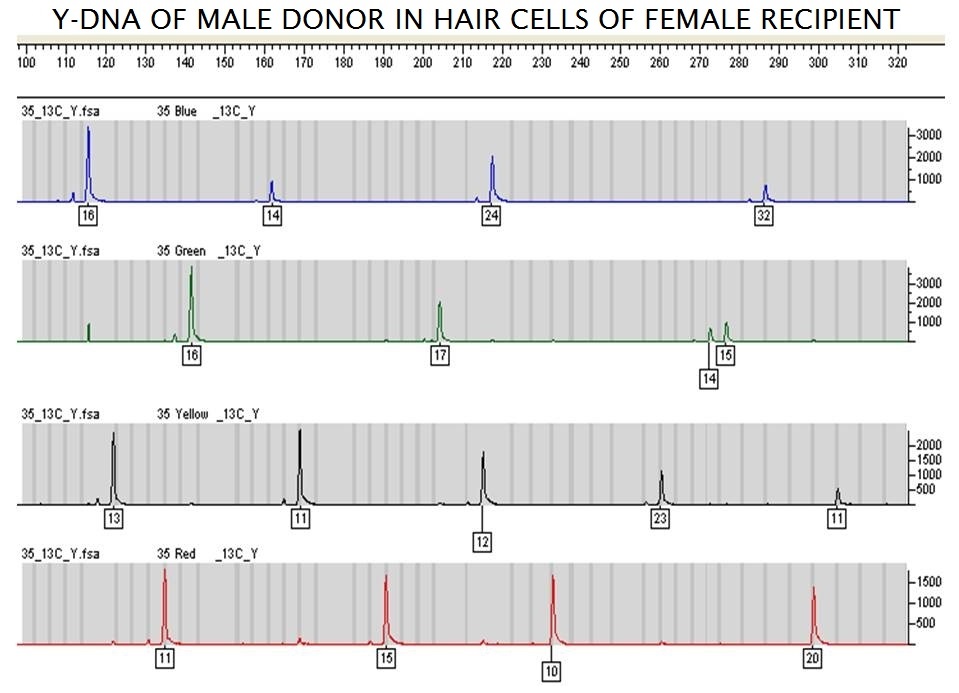 Fig. 2. Results of selective analysis of Y-chromosome markers performed in female allo-HSCT recipient with male donor demonstrated the presence of donor Y-haplotype in the woman’s hair cells, similarly to her blood and buccal swab. It undermines the claim that hair is a tissue free of donor’s cells and justifies the examining of biological traces more broadly than solely based on Y-DNA.

Hair follicles – male donor detected selectively in female recipient
Advanced methods of DNA analysis, i.e. real-time PCR and multiplex PCR with the use of autosomal DNA as well as Y-chromosome DNA, substantially superior to FISH in terms of sensitivity, have made it possible to demonstrate that also the hair of female patients after allo-HSCT are not free of donor DNA originating from the transplanted bone marrow cells. The presence of donor’s DNA identified in the hair cells of recipients after allotransplantation provides evidence for the thesis that hair, contrary to the belief held so far, does not represent completely safe evidence, similarly to blood, epithelial cell swab and saliva. In spite of this, identification of trace amounts of donor DNA in the hair of allo-HSCT recipients does not disqualify hair as a good reference material. Hair is a source of the recipient’s autologous DNA profile, when it is tested only for autosomal DNA markers. On the other hand, an analysis of the recipient’s hair with a focus on Y chromosome markers can result in false gender interpretation and erroneous determination of the donor’s Y haplotype, as in the case of blood and buccal swab. As revealed in Figure 2 study results for Y-STR markers suggest erroneously that also the woman’s hair after allo-HSCT comes from a man. Therefore, biological traces secured on crime scenes should not be examined exclusively on the basis of Y-chromosome markers.