Diabetes patients often suffer from subcutaneous induration at insulin injection sites during insulin therapy. Among the different types of subcutaneous complications of insulin injection, lipohypertrophy and insulin-derived amyloidosis (IDA) are defined as tumor-like enlargements of adipose tissue and are caused by repeated injections at the same site. Nagase et al. (2009) were the first to report on the condition called the “insulin ball,” which is an IDA with a palpable mass or nodule. Recently, several reports have indicated that IDA is caused by an increase in the administration of insulin at the same site and is associated with poor glycemic control. Therefore, the early detection and prevention of these lesions are important in diabetic patients. However, these lesions are difficult to diagnose because some IDA cases are nonpalpable. IDA can be detected using image inspection (MRI, CT, and ultrasonography), but MRI and CT are probably excessive for observing subcutaneous tissue. By contrast, ultrasonography is a simple, noninvasive, and high-resolution imaging modality and is more suitable for examining subcutaneous induration. 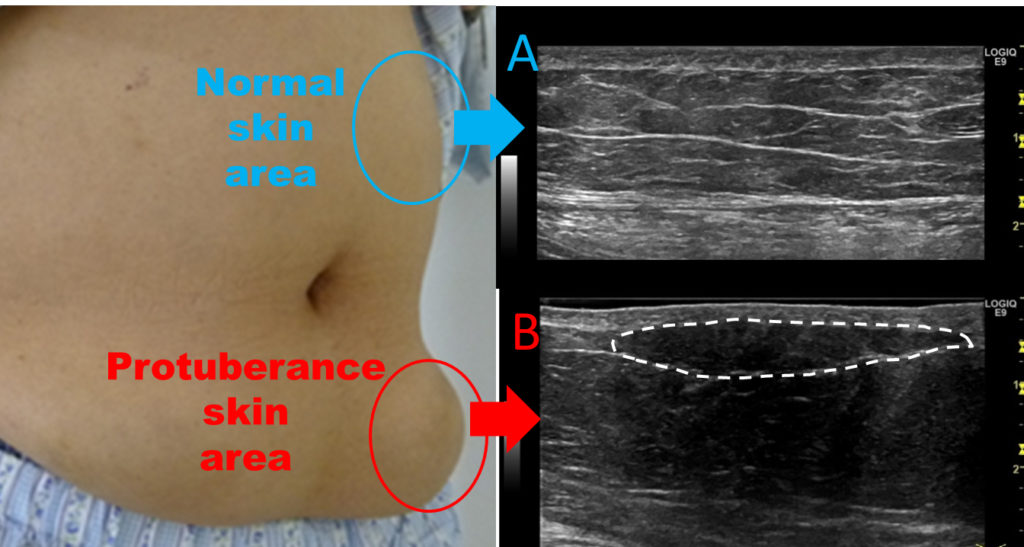 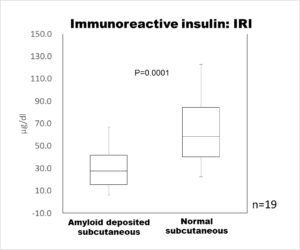