Plants are unable to move away from harmful environmental conditions that affect their well-being and that ultimately compromise their growth and thereby crop production. To cope with a constantly changing environment, they have evolved unique and elaborate responses that allow them to be extremely adaptable and show tolerance to multiple stresses. Modern agriculture faces many challenges, including the production of sufficient food and supplies to support a growing world population under the current global climate changes. According to the Food and Agricultural Organization (FAO) of the United Nations (UN), to maintain the estimated population of 9.1 billion people by 2050, the overall food production needs to increase by 70%. Food security has become one of the main focuses in plant biology research. Understanding the mechanistic basis of how plants respond to stress and achieve tolerance is of major importance in science and agriculture.

Fig. 1. Alternative Splicing and sugar stress response of the sr45 mutant.
A. A precursor mRNA (pre-mRNA) molecule is composed of protein coding exons (colored boxes) and non-coding introns (lines). RNA splicing is the mechanism by which introns are removed and exons are joined in a primary transcript (mRNA). Alternative splicing allows exons and introns to be differentially combined, resulting in multiple mRNAs, and eventually different protein isoforms, from a single gene.
B. Knocking out the SR45 gene, which encodes an important splicing regulator, leads to glucose hypersensitivity. A low concentration of glucose (3%), which does not affect the wild-type plant (WT, on the left), leads to a marked growth arrested in the mutant (sr45-1, on the right).

Responses to environmental stresses ultimately rely on molecular mechanisms that modulate expression of specific genetic programs. The DNA strands carry the code for life. Each cell contains copies of the entire genetic material. A gene is a confined segment of DNA that is transcribed into messenger RNA (mRNA) and then translated into a protein (Figure 1a). Genes consist of protein coding segments, the exons and non-coding sequences, the introns. The process that removes the introns and joins the exons is called RNA splicing. Creating the correct mRNA strand is a crucial step in all cellular processes. In a mechanism called alternative splicing, mRNA segments can be differentially combined, leading to the production of different mRNAs (Fig. 1a). Therefore, one gene has the capacity of generating more than one protein. This mechanism explains why humans have 20,000 genes but more than 100,000 proteins. Regulating gene expression at the RNA level allows quick reprogramming of cellular mechanisms in response to a particular condition.

In order to study the relation between alternative splicing and plant stress responses, we used the model plant Arabidopsis thaliana. It is known that various proteins and protein complexes aid the splicing reaction. In animal systems, the family of SR proteins were identified as important regulators of mRNA splicing. Therefore, we studied the function of the Arabidopsis SR-related SR45 protein and investigated how the lack of this protein would affect the plant’s response to stress conditions. We found that the absence of SR45 made the plant more sensitive to glucose during early development (Fig. 1b). Sugars are not only important sources of carbon and energy for the plant, but function also as signaling molecules. So, plants transduce sugar signals in order to maintain energy homeostasis, and achieve stress tolerance in response to metabolic and environmental fluctuations. 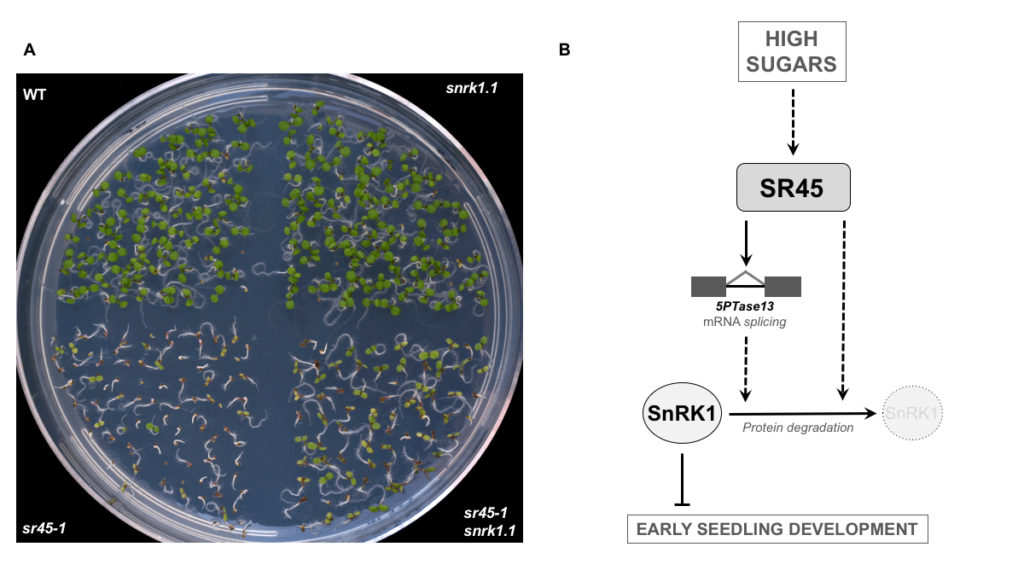 Fig. 2. Mode of SR45 action in sugar signaling
A. Removing the SnRK1.1 gene together with the SR45 gene alleviated the severe sugar sensitive growth – double knockout mutants for the SR45 and SnRK1.1 genes (bottom right) grow better than the single knockout mutant for the SR45 gene (bottom left). Both wild-type (WT) control plants (top left) and SnRK1.1 mutant plants (top right) are not affected by this low concentration of glucose (3%).
B. SR45 affects early seedling development in response to increased sugar conditions by influencing the alternative splicing of 5PTase13 and modifying the stability of the SnRK1.1 protein. The SnRK1.1 degradation might be regulated by other SR45-dependent mechanisms.

Our next step was to explain the mechanism responsible for the observed SR45 control of sugar sensitivity and find out what could be the link to alternative splicing. We discovered a genetic connection to the stress-activated SnRK1 (SNF1-related kinase 1) pathway. Removing the SnRK1.1 gene together with the SR45 gene alleviated the severe sugar-dependent growth symptoms (Fig. 2a). We had expected that SR45 modified the RNA levels or alternative splicing of SnRK1.1 but that ended up not being the case. To our surprise, we detected differences at the protein level. Sugar-fed conditions led to an increase of SnRK1.1 protein levels in the sr45-1 mutant. Elevated protein levels can be achieved by either improved protein production or impaired protein degradation. Using specific inhibitors, we demonstrated that SR45 is important for the correct destruction of SnRK1.1 (Fig. 2b). Our next hypothesis was that SR45 might modify splicing of a known regulator of SnRK1.1 stability. Indeed, we were able to show that, in the absence of SR45, alternative splicing of the 5PTase13 gene, previously implicated in proteasomal degradation of SnRK1, was changed in response to sugars (Fig. 2b).

In summary, our results demonstrated a clear connection between alternative splicing and sugar stress signaling. Our proposed regulatory node includes SR45 directly or indirectly influencing the alternative splicing of 5PTase13 and modifying the stability of SnRK1.1 in response to increased sugar conditions (Fig. 2b).