Edaphic oribatid mites: a vast diversity taxon below our feet

The soil, for the majority of people, is only the ground below their feet, but instead of that, it represents a natural environment that contains one of the most rich and poorly known diversity on earth. Ecologically it can be defined as a complex system where decomposition and mineralization of organic matter take place. In soil an innumerable amount of taxa such as bacteria, fungi, microarthropods, annelids and small vertebrates coexist and interact thanking to whom this system is maintained and self-regulated. Among this vast diversity a very abundant and rich group of chelicerates are highlighted: oribatid mites. 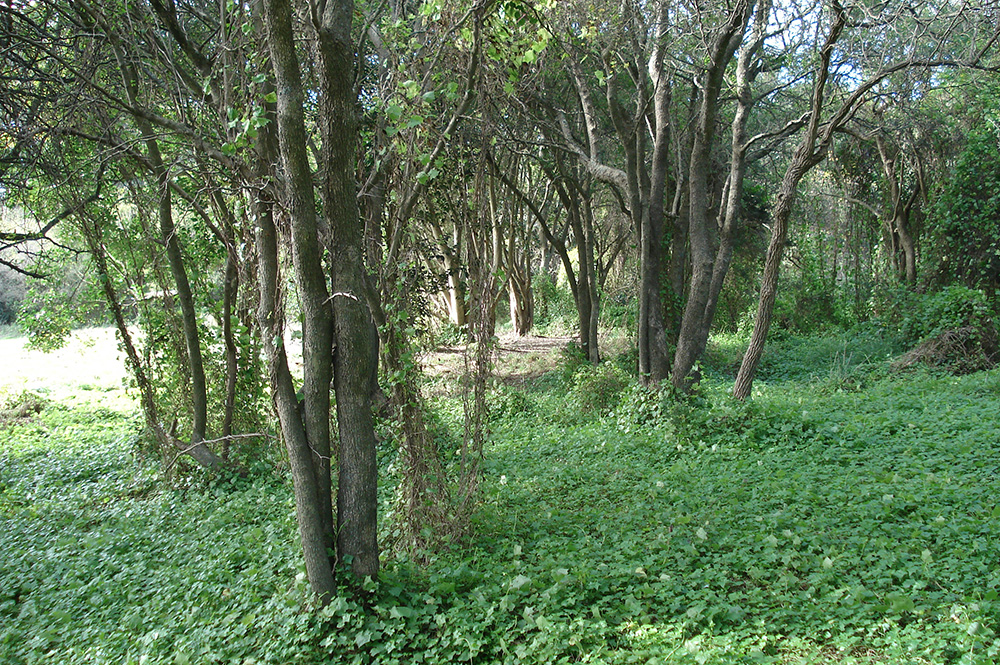 In the Neotropical Region, which comprises South America continent, the studies concerning the assessment of the diversity of edaphic oribatid mites have a history dating back to the middle of 50’s. One of the first acarologist that studied oribatid fauna in this region was a Denmark researcher, Marie Hammer. Her work provided a meaningful contribution to the knowledge of soil oribatids, nevertheless, their original descriptions are quite incomplete laking the degree of taxonomic detail required to go forward and propose phylogenetic hypotheses. In one of her works Marie Hammer described a new genus belonging to a small family of oribatid mite, Physobates Hammer, 1962. Currently, this genus has only one single species, Physobates spinipes, which is endemic to the Neotropical region. 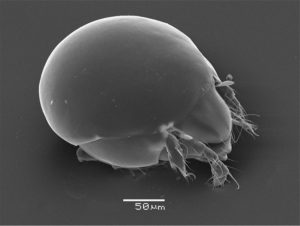 Originally it was described to soils of Petrohué, Chile, and posteriorly found in Argentina and Uruguay. In Argentina, the records of P. spinipes include biotopes geographically nearby to the type locality, sandy environments near the coast of Buenos Aires and in soils of native forest of Celtis ehrenbergiana, also in Buenos Aires (Fig. 1); in Uruguay this species was collected in riparian soils at Department of Río San Luis.

This species is included in the family Tegoribatidae, which main characteristics are the presence of dorsal lamellae completely fused, movable pteromorphs, notogaster with saccules and posterior tectum. Particularly, P. spinipes is a dioic species which size is ranged between 310μm and 280μm of length (Fig. 2). The most remarkable characteristics of it includes the presence of a big posterior saccules and a highly modified tarsus on the leg II, wider and with sharp spines.

From this redescription and the subsequent discussion and comparison among congeneric species, it was evaluate the phylogenetic relationships between member of Tegoribatidae, highlighting the importance of detail descriptions in order to reach a supported and argumentative discussion. Finally a new junior synonymous to Physobates and a key to identify the genera of Tegoribatidae were proposed.