Protein aggregation is a common cause of neurodegeneration. Most of the proteins which are commonly involved in degeneration are α-synuclein, Aβ-peptide, tau, prion protein etc.

Intermolecular interaction, increase in hydrophobicity of human serum albumin (HSA) at high temperature is the mechanism of aggregation which is similar to α-synuclein aggregation mechanism. 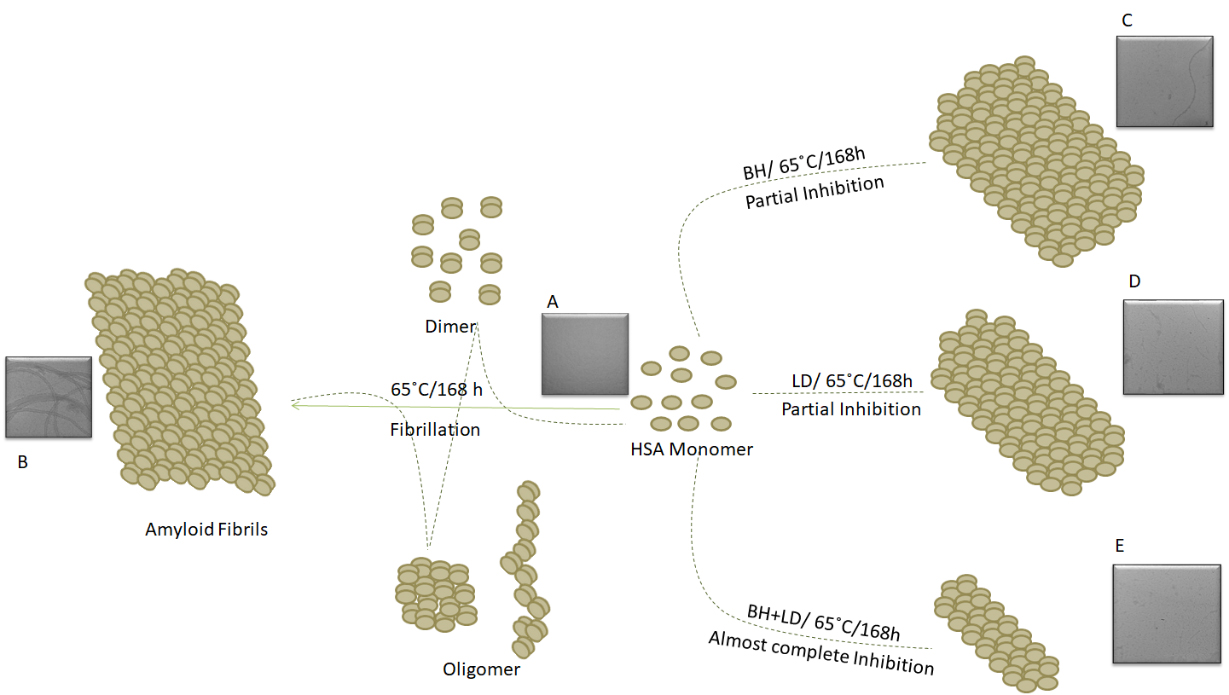 Fig. 1. Schematic representation of HSA at 25 °C (monomer) showed no ﬁbril formation. (B) Formation of mature discrete amyloid ﬁbrils after incubation at 65 °C for 168 h. (C) Partial inhibition of amyloid ﬁbrils of HSA co-incubated with BH (1:1) under same conditions. (D) Degradation of large ﬁbrils into smaller ones on co-incubation of HSA with LD (1:4) under same experimental conditions. (E) HSA co-incubated simultaneously with BH & LD both at 65 °C for 168 h showed almost complete inhibition of the amyloid ﬁbrils.

The observation of this study has revealed that benserazide hydrochloride (BH), levodopa (LD) when added simultaneously together to human serum albumin (HSA) sample and incubated under thermal condition showed maximum inhibition of amyloid fibrils as compared to the individual drugs (Fig. 1).

The reason for enhanced activity of the two drugs together was confirmed by the analysis of the combination index (CI) of those drugs and it was found to be 0.39 (CI<1 for synergism). This established the synergism between BH and LD.

Further, this hypothesis was analyzed on SH SY5Y cell lines. The outcome showed the corresponding result. The effect of BH+LD on the viability of SH SY5Y cells was more constructive as compared to BH and LD individually (Fig. 2). 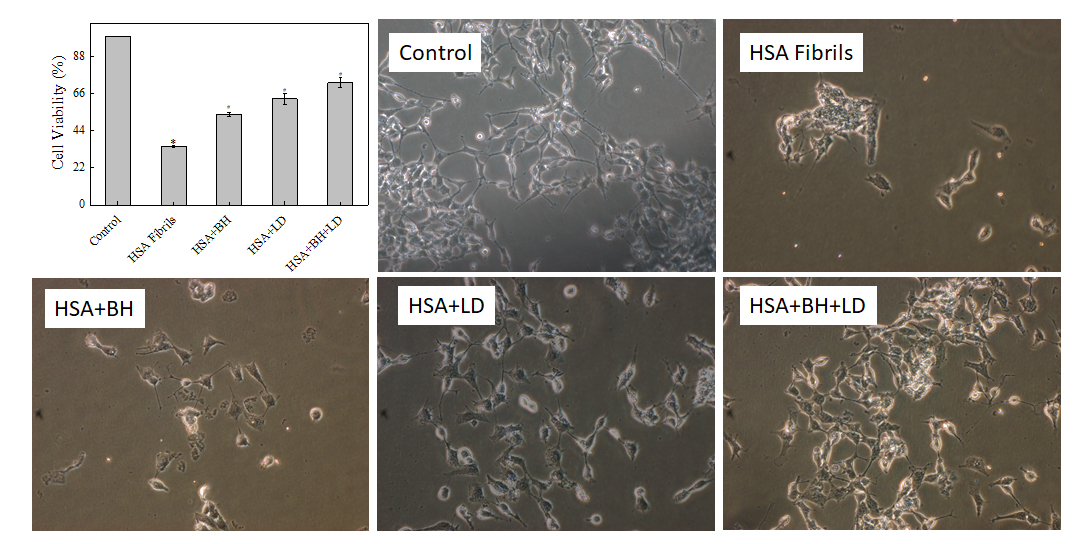 Fig. 2. MTT reduction assay for cell cytotoxicity of 168 h aged HSA amyloid ﬁbrils in absence and presence of BH, LD, and both together on SH-SY5Y cell lines. Results are mean of three independent experiments (n =3) and error bars show the standard deviation. *Statistically diﬀerent from control group, p < .05 and # statistically signiﬁcant from the HSA ﬁbrils, p < .05 and the images of the cellular morphology before and after treatments.

Thus, synergism is a modern mechanism of inhibition of amyloid fibrils that was found to be more promising as compared to the traditional one.