Electronic liquid crystal: A key ingredient for solving a long-standing mystery of the high-temperature superconductivity

The phases of matter are characterized by the symmetries inherent to each state. Imagine the freezing from water to ice. This phase transition is accompanied by the crystallization of H2O molecules, forming a periodic structure in a lattice. In physics, such a crystallization showing the periodic structure is characterized by translational symmetry breaking. In liquid crystals, system consists of rod-shaped organic molecules, which interact via van der Waals interaction. In the so-called nematic phase, the molecules have no positional order but tend to point in the same direction. Because of the unidirectional arrangement of the molecules, the transition from a liquid to a nematic liquid crystal is characterized by rotational symmetry breaking. 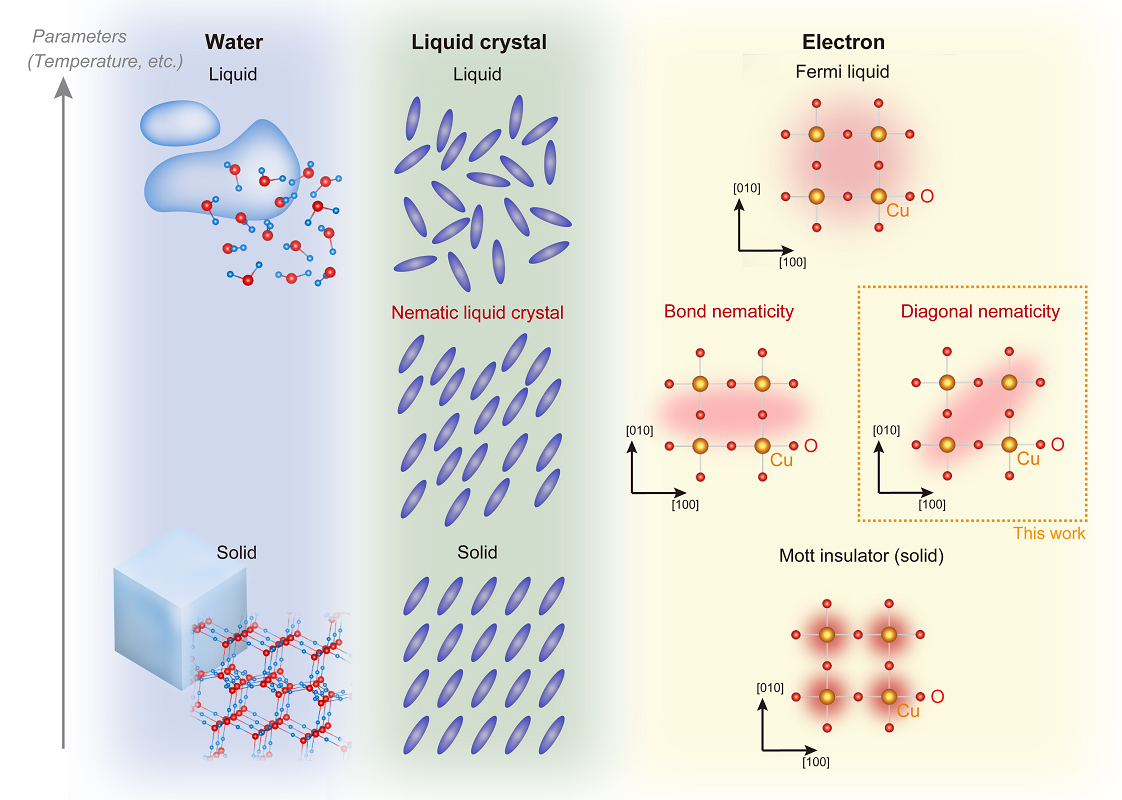 Fig. 1. Schematics of the phase transitions of water, liquid crystals, and electrons in cuprate high-Tc superconductors.

The electrons in metals behave as a viscous fluid dubbed Fermi-liquid. Electrons in condensed matter also exhibit various kinds of self-organized states driven by various interactions, such as Coulomb repulsion, and quantum effects. When the Coulomb interaction between electrons becomes large compared to their kinetic energy, the assembly of the electrons crystalizes into a Mott insulating state, in which electrons are localized on the lattice, breaking the continuous translational symmetry. It has been found that electrons can exhibit unidirectional order, bearing resemblance to the liquid crystals in classical molecular systems. Such an electronic state spontaneously breaks the rotational symmetry while preserving the translational symmetry of the underlying crystal lattice.

One of the well-known platforms hosting such crystalline and viscous-liquid electrons is the family of copper oxide compounds (cuprates), which exhibits a transition to the zero-resistance superconducting state at high critical-temperature (high-Tc). Between the Mott insulating state and the Fermi-liquid state, we have discovered a peculiar electronic liquid crystal phase showing a “diagonal nematicity” below the onset temperature of the “pseudogap state” in high-Tc cuprate superconductors.

In the phase diagram of cuprates, high-Tc superconductivity appears when the Mott insulating state is suppressed by charge carrier doping. The pseudogap regime appears in an intermediate regime between the melting of the crystalline electrons and a Fermi-liquid state, in which the Fermi surface partially disappears. However, despite the tremendous effort of research, origin of the pseudogap state remains largely elusive for more than 30 years.

To elucidate this issue, we measured the anisotropy of the magnetic response in a clean crystal of HgBa2CuO4+d cuprate superconductor via ultra-precise magnetic torque measurements. We found a small but non-zero signal of the in-plane magnetic anisotropy (~ 1%), which grows below the onset temperature of the pseudogap state. 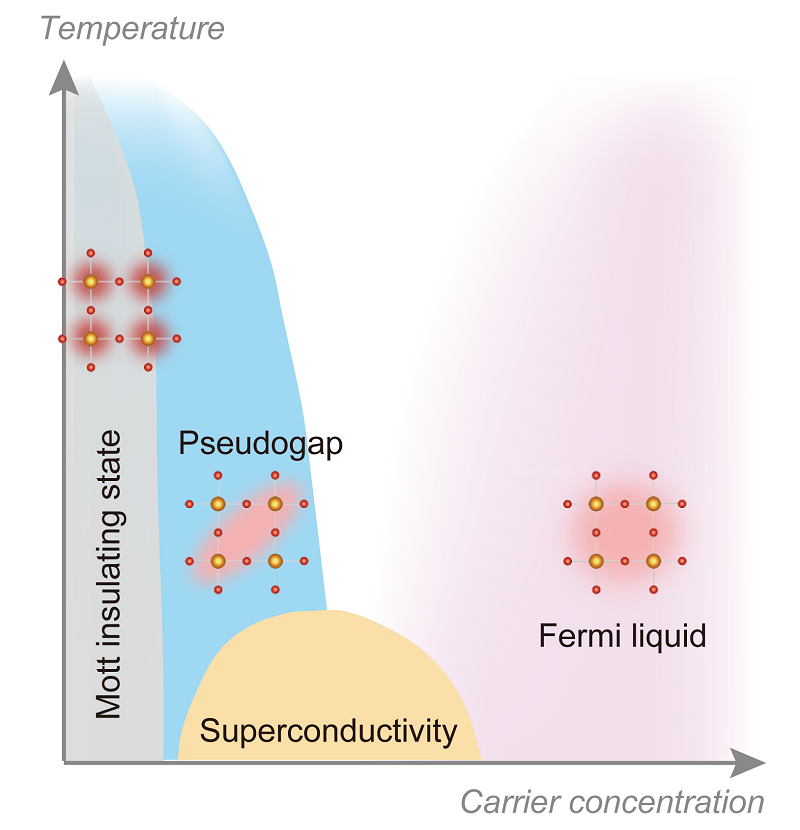