The greatest mystery of life is how a single fertilized egg, which is one cell, develops into a fully functioning, sometimes conscious being with many cells of many kinds. We offer a new theory of how embryos build themselves. It combines simple physics with the most recent biochemical and genetic breakthroughs, based on the authors’ prediction and then discovery of the cell state splitter and differentiation waves. The cell state splitter is a structure at the top end of each cell in sheets of cells in a developing embryo. It is bistable, like a snap-through bottle cap. It either contracts or expands in response to mechanical signals transmitted from other cells. The cell state splitter is made up of three components: microfilaments which provide mechanical tightening inward and ar also found in muscles, microtubules which provide a steady outward force, and intermediate filaments which act like Silly Putty, bouncing to a sudden force but stretching to a slow steady force. The intermediate filaments cause the cell state splitter to respond only to a strong steady mechanical signal and not react to random perturbations. 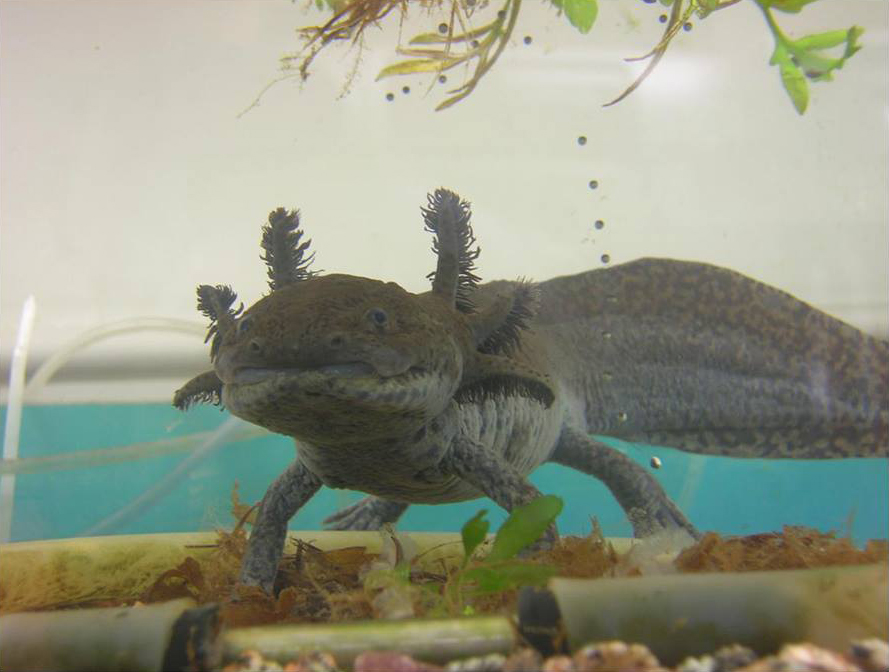 Once the cell state splitter is triggered, it converts the mechanical signal into a biochemical signal that travels to the cell’s DNA and changes which genes are being used by the cell. Adjacent cells in the cell sheet are also signaled mechanically and biochemically so a wave of change of which gene are used is transmitted across the sheet of cells. The cells change into the new kind of cell in response to the signal. This is called differentiation, and so we refer to this propagation of mechanical and biochemical signals signals as a differentiation wave. Since the cells generally are either contracting or expanding at their surfaces, one can actually watch a differentiation wave move across a sheet of cells, using time-lapse microscopy. They go slowly, only 0.003 millimeters per minute. 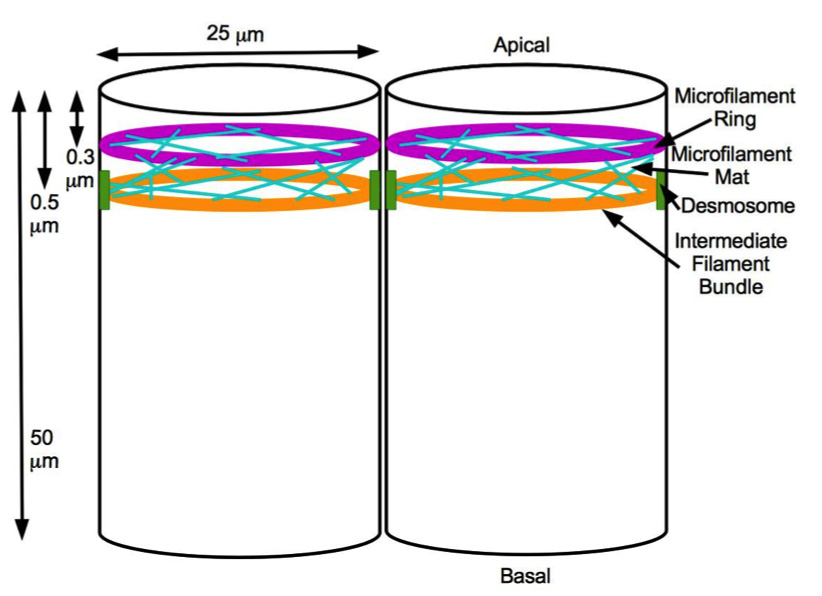 The cell state splitter is a structure at the top end of a cell in a cell sheet in first discovered in axolotl embryos. It consists of an upper microfilament ring (which pulls inward) with an intermediate filament ring below it (which stabilizes the structure so it is not triggered by minor perturbations), with a mat of microtubules (which push outward). The structure can be triggered to either contract or expand depending on mechanical stresses in the embryo. Once triggered it sends a biochemical signal down to the DNA to change which genes are used. It also signals the next cell, using both biochemistry and mechanics to contract or expand. This way the signal travels over the whole sheet of cells. (Note in this figure the cell state splitter has been expanded to show detail but it is actually nearly flat up at the top.)

Our article, aimed at scientists, is excerpted from and elaborates on Embryogenesis Explained, the authors’ soon to be released book (World Scientific Publishing, Singapore, 2016). It is a follow-up to the massive tome The Hierarchical Genome and Differentiation Waves: Novel Unification of Development, Genetics and Evolution, also published by World Scientific, in 1999. Embryogenesis Explained is a shorter but conceptually expanded popular level work. It is written for the reader who is interested in the science behind how embryos grow, for the curious layman or the scientist, physician or engineer encountering the problem of embryogenesis without the formal molecular biology background and the seasoned biologists caught up in the new rush of information about the role of mechanics in developmental biology and cellular level mechanics in medicine the Organelle of Differentiation. Differentiation finally explain how an organism gets the right cells, in the right place, at the right time during development.