Endothelial stiffening: a new parameter of endothelial damage in athero-susceptible regions of aorta

Atherosclerotic plaques that clog major arteries and lead to heart attacks and strokes are known to develop in sites exposed to non-unidirectional disturbed flow, such as bends and branches, whereas arterial segments that are straight and exposed to uni-directional laminar flow are athero-resistant. Furthermore, while disturbed flow alone primes the region to plaque development, it is its combination with high cholesterol that leads to the development of atherosclerotic plaques. Numerous studies addressed the impact of both disturbed flow and dyslipidemia on endothelial cells, the inner lining of the blood vessels, focusing on multiple signaling cascades. Our work focuses on endothelial biomechanical properties. 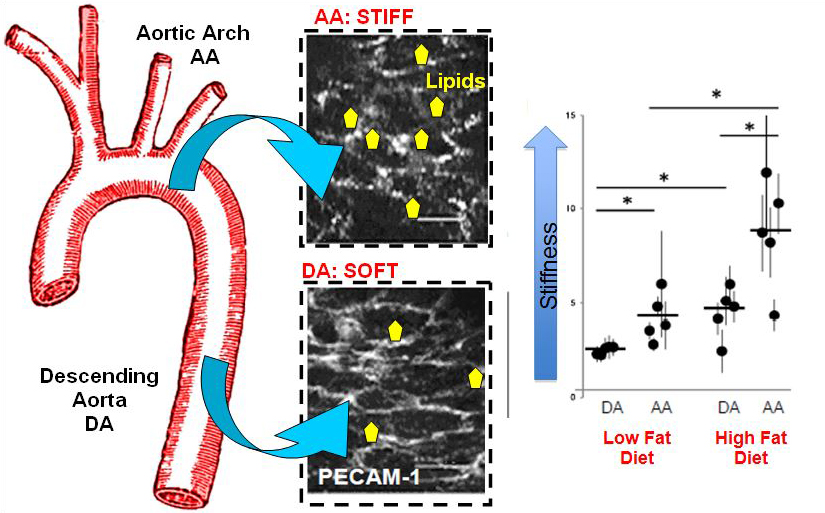 Taken together, these studies suggest that endothelial stiffening in the aortic arch is a result of increased CD36-mediated uptake of oxidized lipids. We propose that this is one of the critical components of endothelial dysfunction in pre-atherosclerotic environment.