Enhancing human abilities with the power of Neuroregeneration & Tissue Engineering

Human peripheral nerves (PNs) act as cables that connect the spinal cord (point A) to the muscles and the peripheral organs of the body (point B). They transmit information back and forth, from the spinal cord to the end organs and muscles and vice versa. PNs are commonly injured after motor vehicle accidents or other pathologies, making the transmission of information and communication between point A and the innervated by the injured nerve, point B, impossible (Fig. 1). 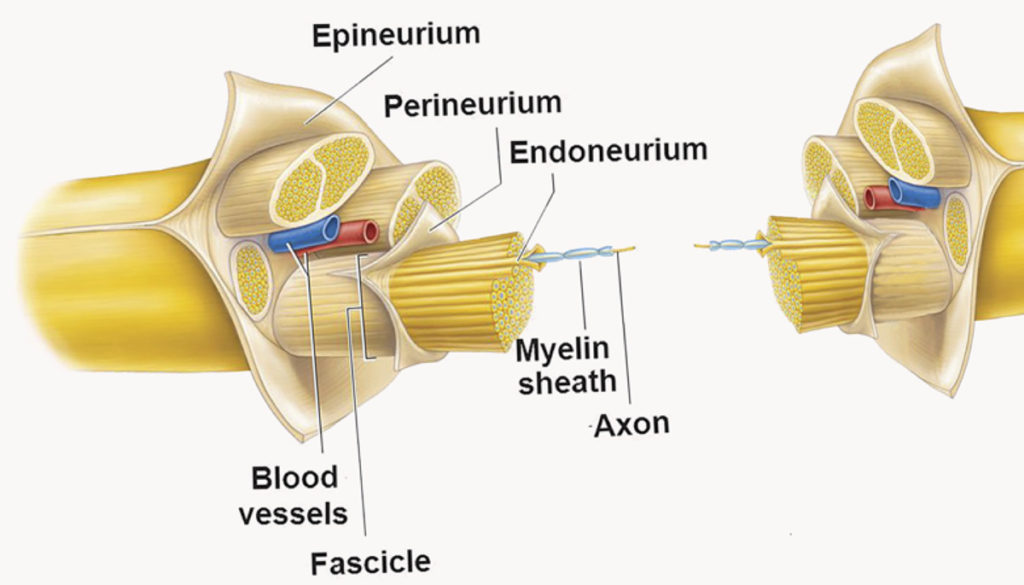 Fig. 1. This figure illustrates the most severe type of nerve injury (neurotmesis), resulting in a clean cut to a nerve trunk. The two segments of the peripheral nerve are now completely separated, making nerve repair practically impossible for the organism. This picture is also a good way to realize that the term nerve and nerve axon are not identical. In fact, the nerve is an organized structure formed by many bundles of axons as seen in the picture.

Following the PN damage, human PNs can regenerate at a speed of 1 mm per day. So why do we care so much for nerve regeneration? Even though there is an inherent ability of the peripheral nervous system (PNS) to regenerate, many times this regeneration fails, for reasons that are not clear yet. In addition, PNs tend to regenerate in the wrong direction, creating neuropathic pain and loss of function of the muscle or organ that was innervated, significantly affecting the quality of life of the patient who sustained the injury.

To address the clinical need, for many years, surgeons have been using pieces of PNs, either from the patient’s body by sacrificing some sensory nerves that are not so important for the patient’s functionality (autographs) or pieces of PNs from dead people (allographs). Veins and arteries have also been used as conduits in the damaged area to create a bridge, but the nerve elongation was much less than the one observed with nerve graphs.

Using nerve graphs, the pieces of nerves are used as bridges to connect the two ends of the wound of the PN that got injured. These bridges allow the cut nerve axons to go through them and connect the pieces of the damaged PN together in order to restore communication with the muscle or organ that the damaged nerve used to innervate. Autographs are still considered the “gold standard” in PNS repair but the need for a second surgery and higher risk of complications have motivated researchers to look for alternatives.

Now, with the advent of nanotechnology, special materials have been developed, so we are in the process of starting to substitute the graphs with artificially made bridges (Fig. 2). The current trend in the field of nanotechnology and regenerative medicine is to use bioactive materials that would try to mimic the natural biological environment and boost and guide the organism’s response to the injury. There are several factors that have been found to contribute to a successful regenerative outcome.

The material used (e.g., natural or synthetic) to create the device that would act as the artificial nerve bridge (scaffold), the coating of the scaffold with certain factors that promote repair mechanisms, the diameter of the pores within the scaffold structure that allow for substances to go through and nerves to pass, and the development of scaffolds in the form of aligned fiber-like structures, mimicking the natural hierarchy of the biological nerve, play an important role in facilitating nerve repair. 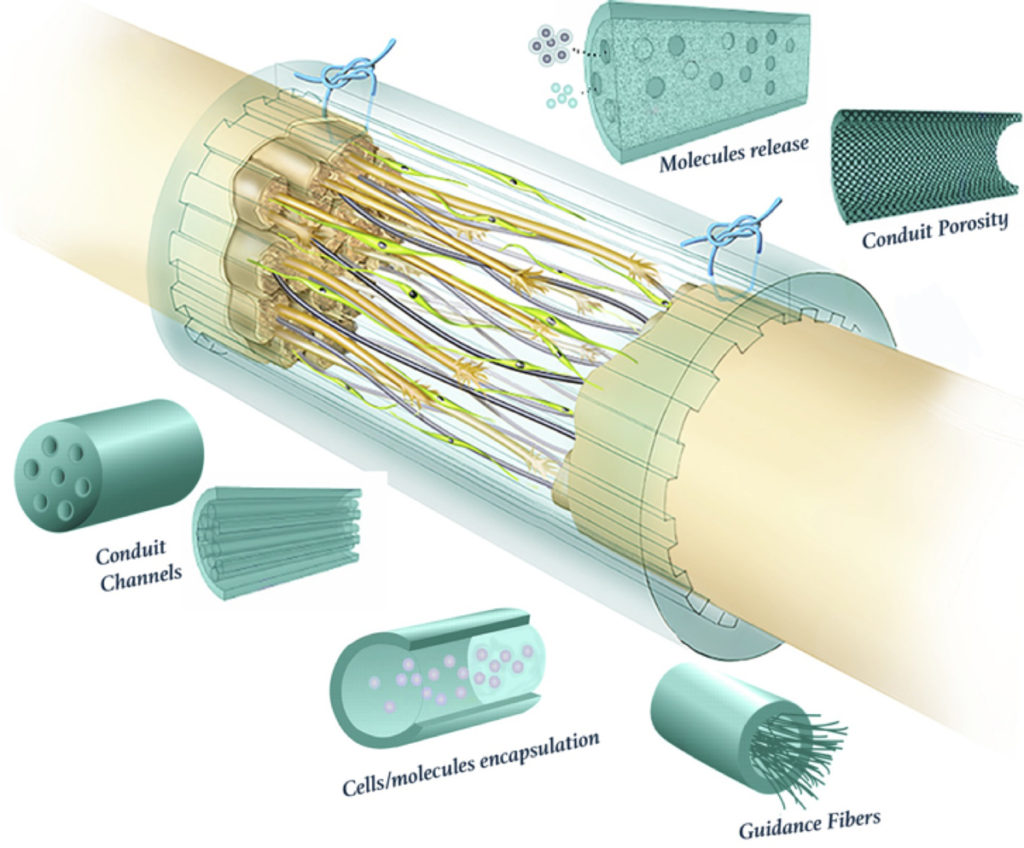 Fig. 2. This is an illustrative demonstration of the “bridge” created by the nerve scaffold, promoting axonal regrowth in order to restore communication with the periphery, thereby restoring the functionality of the innervated end organs. Some of the parameters that affect the neuroregenerative capacity of the conduit are depicted (e.g., incorporation of guidance channels or fibers, change in the porosity, addition of cells or other molecules that are thought to promote nerve repair).

The inner part of these cylindrical devices is also highly important for nerve repair. The devices are filled with different types of molecules or include tiny structures (e.g., channels, fibers, hydrogels) that are thought to help the cut nerve axons to regrow in a fast and guided manner towards the second part of the PN.

Several studies have demonstrated fast and precise connections within the damaged area after use of artificial scaffolds, reaching levels of repair that were previously accomplished only through autographs. Eventually, these new artificially made bridges (scaffolds) will be custom-made for every type of PN of each particular human, opening the path to personalized regenerative medicine.